While I’m waiting on my stuff from Spruce to arrive so I can red rill the inboard flap hinges, I went back to work on the firewall. Most of my time tonight was spent deburring all the angles and stuff; the angles themselves are pretty complex, with lots of little nooks and crannies, so they were a bit tedious. And then there was smoothing the edges on the firewall itself. That piece is stainless steel and that stuff is kind of tough. I used a brand-new flap wheel in the Dremel and the wheel was pretty much toast by the time I was done.

Then I clecoed all the angles, engine mount weldments, and reinforcements in place, and went to town match drilling. The match drilling went pretty well; I was expecting it to be tough based on how tough the deburring was. That gave me a bit of a false sense of security; the next task was to drill two 1/4” holes through the firewall, which will presumably be used for mounting the adjustable rudder pedal assembly. Turns out there’s a big difference between slightly enlarging an existing hole and making a new (and large) one from scratch. Even using lots of lube, it took some time to get through the stainless. 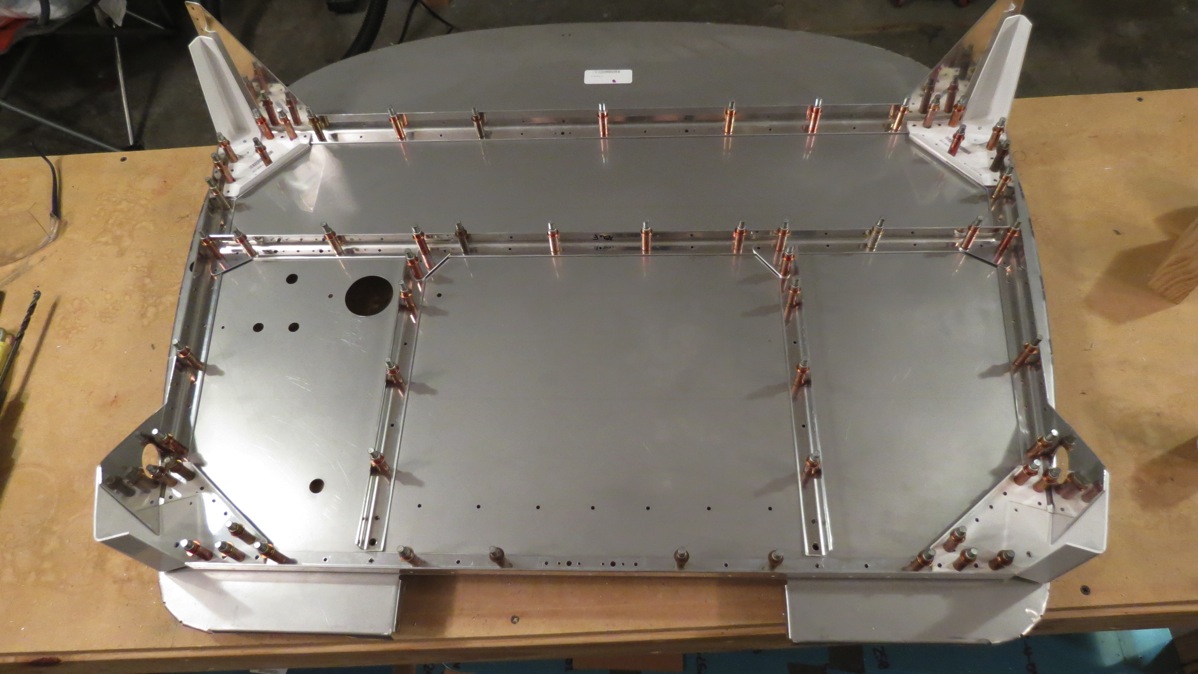 Tomorrow I get to take all that apart again and do lots and lots more deburring…I bet deburring the stainless is going to be fun too. I wonder if I have spare deburring bits around, I might need a new one after tomorrow!