My original intention for tonight was to try and make some more progress on finishing the flaps. However, after seeking some advice from other builders, I decided that…wait for it…I should get a new tool to help out here. Specifically, in this case, I’m going to get another tungsten bucking bar, but this time one with a flatter, thinner profile. At 3/8” thick, I think it’ll work well for doing the flap internals and undoubtedly come in handy in other tight spaces down the road.

So instead I broke out the fuselage instructions and started gathering up all the firewall components. When I was putting the fuselage parts away, I remember thinking that I was probably going to spend a fair amount of time searching for parts, and boy was I ever right about that. I think it took me about 40 minutes to find all of the various angle pieces, reinforcements, and weldments that will attach to the firewall.

While working with all those parts, I ran into another of those odd building moments. In this case, the very first step for the fuselage is to remove a little tab on each of the side reinforcement angles, as shown below: 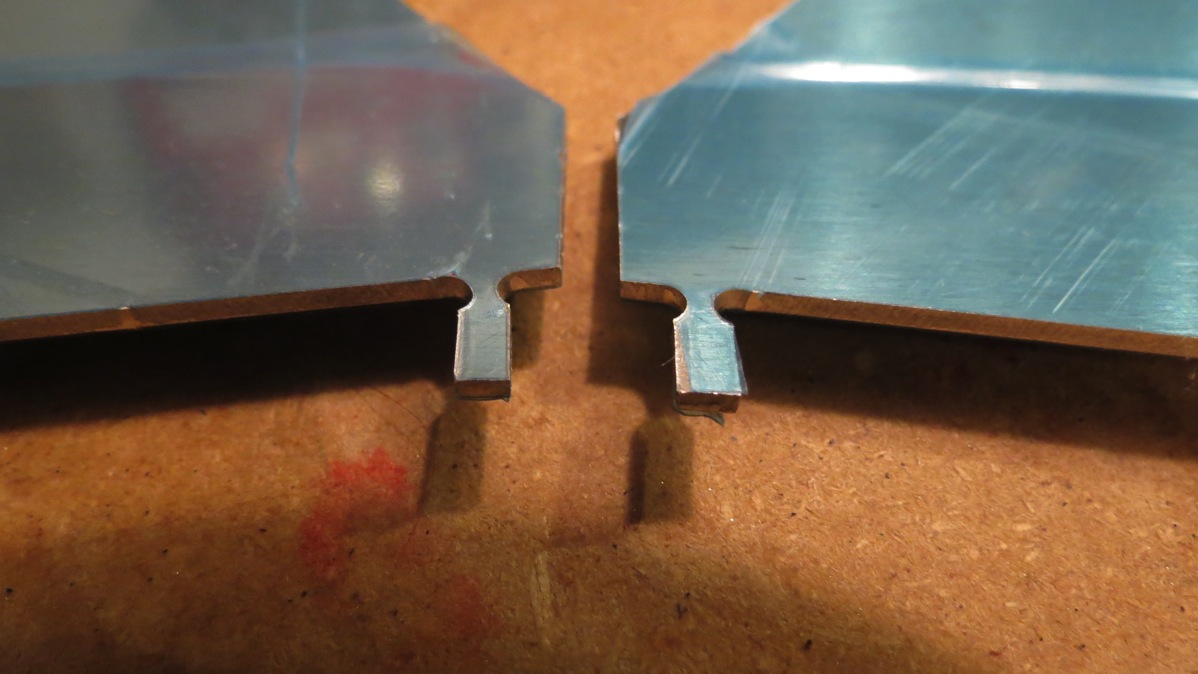 Why is this tab even there if it’s to be removed? I can only assume that it’s somehow vital to the process of manufacturing the parts, but it sure seems odd.

Anyway, after handling little mundane tasks like that, I went ahead and clecoed together the entire firewall assembly. Technically this is skipping a step, namely deburring some of this stuff beforehand. In particular, the stainless steel firewall needs a good deburring – those rough edges feel like they could do some damage if I were to get inattentive while working with them. But seeing as how the firewall assembly looked kind of complex in the plans, I figured I’d go ahead and get a look at how it all went together: 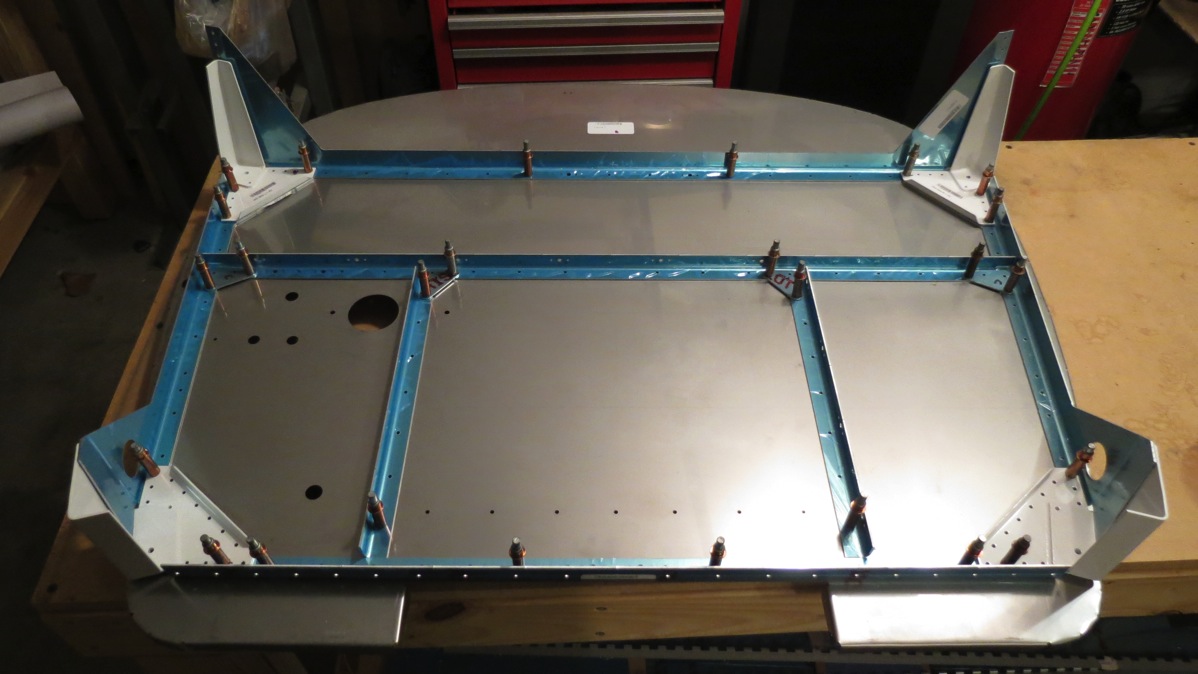 And that was it for the night. My new bucking bar won’t be in until Friday, so the flaps are on hold until then. So I’ll just keep rocking on the firewall, which seems like it’ll take a little while. There are tons of holes in this thing, and not all of them can even me match drilled at this point, since they’ll presumably fit along with other stuff down the road.

It’ll only get more complicated from here…