Yes, that’s right, in an hour and a half in the garage we shot a grand total of nine rivets. Working inside these flaps is no fun at all. We started out finishing up the bottom skin rivets; most of those I did solo, but the ones at the trailing edges of the ribs require two hands to buck. Those weren’t so bad, unless you count me needing to have my fingers right between the bucking bar and the table, which made shooting the rivets a bit painful.

Then we flipped the flap, clecoed the top skin holes, and I started trying to figure out how in the world to buck those things. I didn’t have the top skin clecoed while I was doing the bottom rivets, so it was easy to lift the bottom and get some extra room to work. Not only was that luxury gone, but I also had the downward-curving part of the top skin blocking my access. I could barely even get my hand inside the flap at all, much less actually hold a bucking bar.

After much thought, I created a pretty hilarious redneck-engineered solution. I used a spare flap rib to cut a piece of wood at an angle matching the angle between the flap skins. Then I taped that wedge to my mini tungsten bucking bar, and finally I taped a paint stirrer stick to that assembly so I could hold it in place. 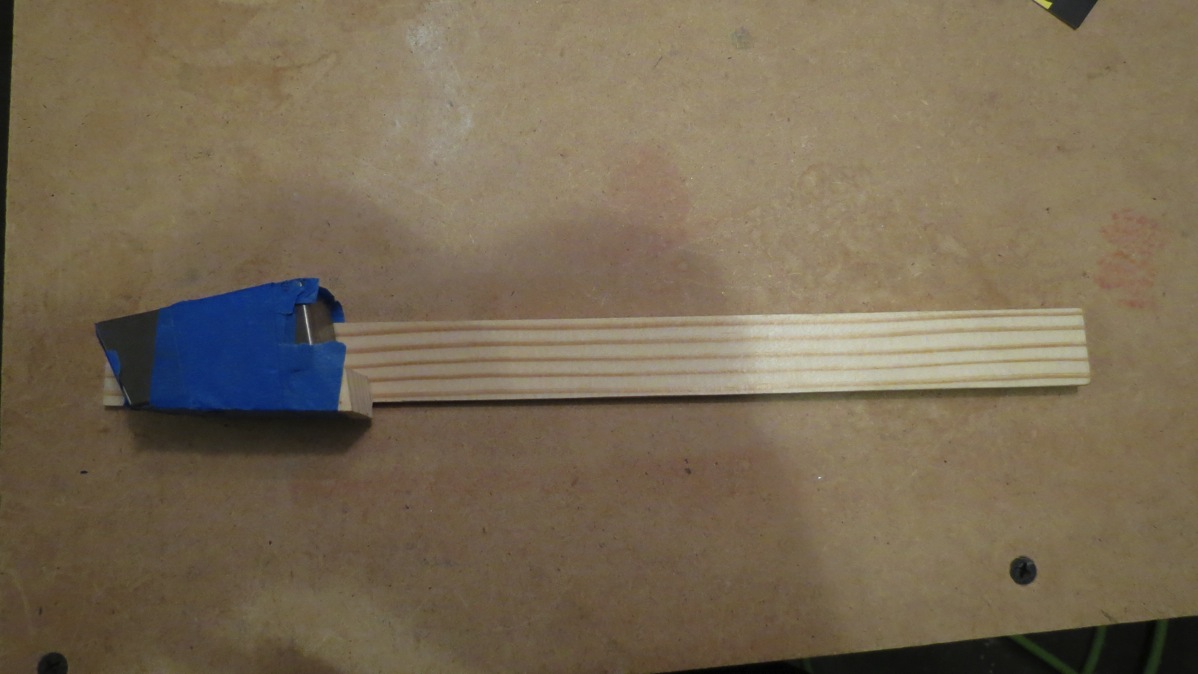 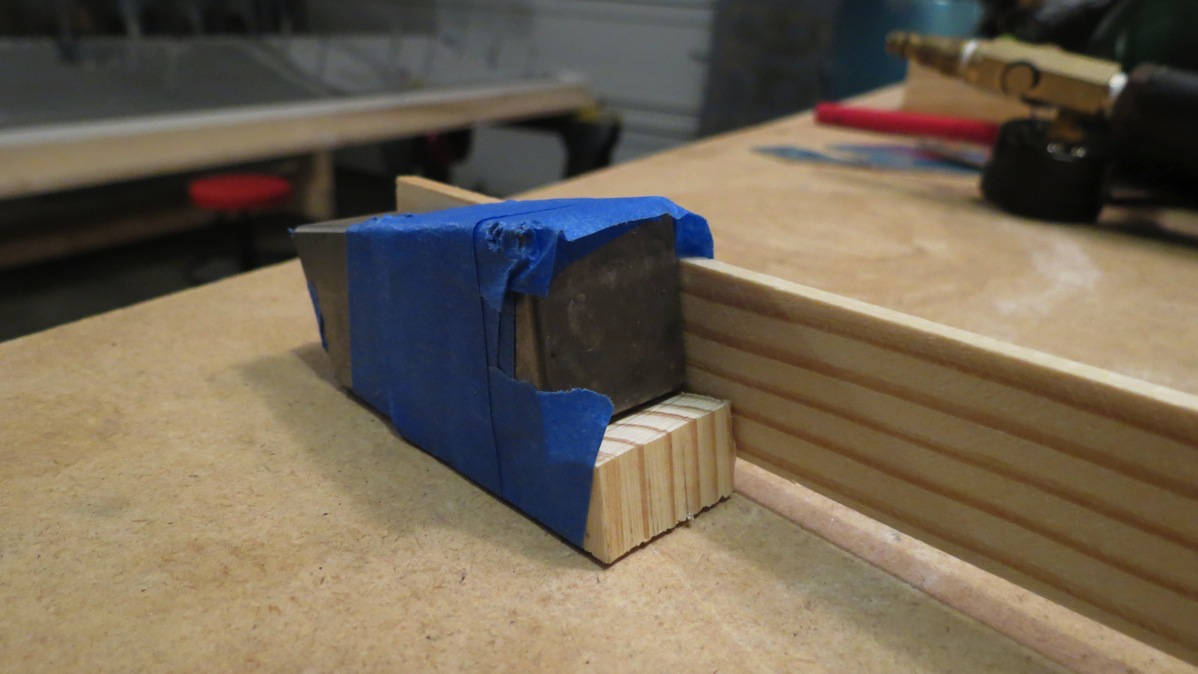 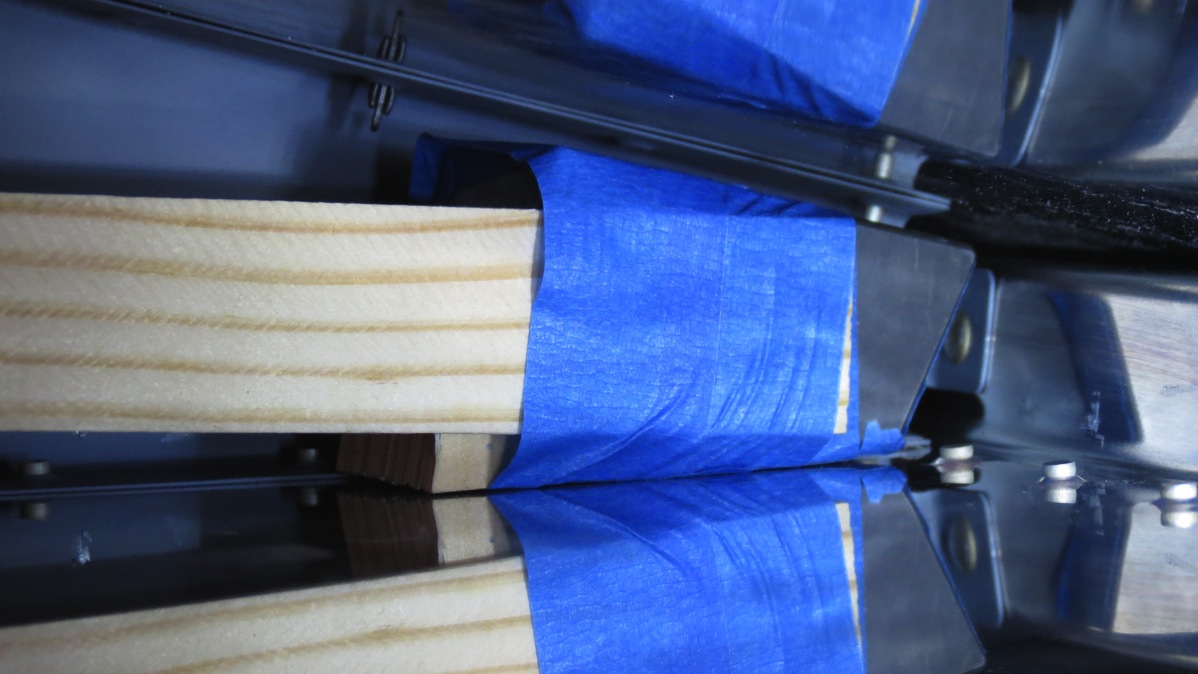 This setup allowed me to just rest the thing on the bottom skin, butt it against the rivet tail, an then just apply forward pressure while Josie operated the rivet gun. As the shop head formed, the bucking bar slide forward to keep striking the tail. It actually ended up working far better than I expected, and we made four beautiful rivet tails in no time.

I’d hoped to use that same device on the next line of rivets forward on the flap, but with more space to deal with, the bucking bar didn’t align correctly, and the tail of the rivet got mauled. So I decided to go ahead and call it a night after drilling that rivet out. I’m going to seek advice from VAF just to see if anyone has any other great ideas. My tool idea works well, but it’s rather painstaking since it seems I’d have to remake the tool for each row of rivets. But I guess if that’s what it takes…