So I haven’t been especially productive the past week or so, but tonight I finally got back out and got some stuff done. I started out by doing the solo riveting on the left flap: riveting the ribs to the bottom skin and then the joint between the top and bottom skins. The rest will have to wait until I have help.

The lap joint didn’t turn out quite as nice as the right flap, I don’t think. Or maybe this macro shot just makes it look worse than it is: 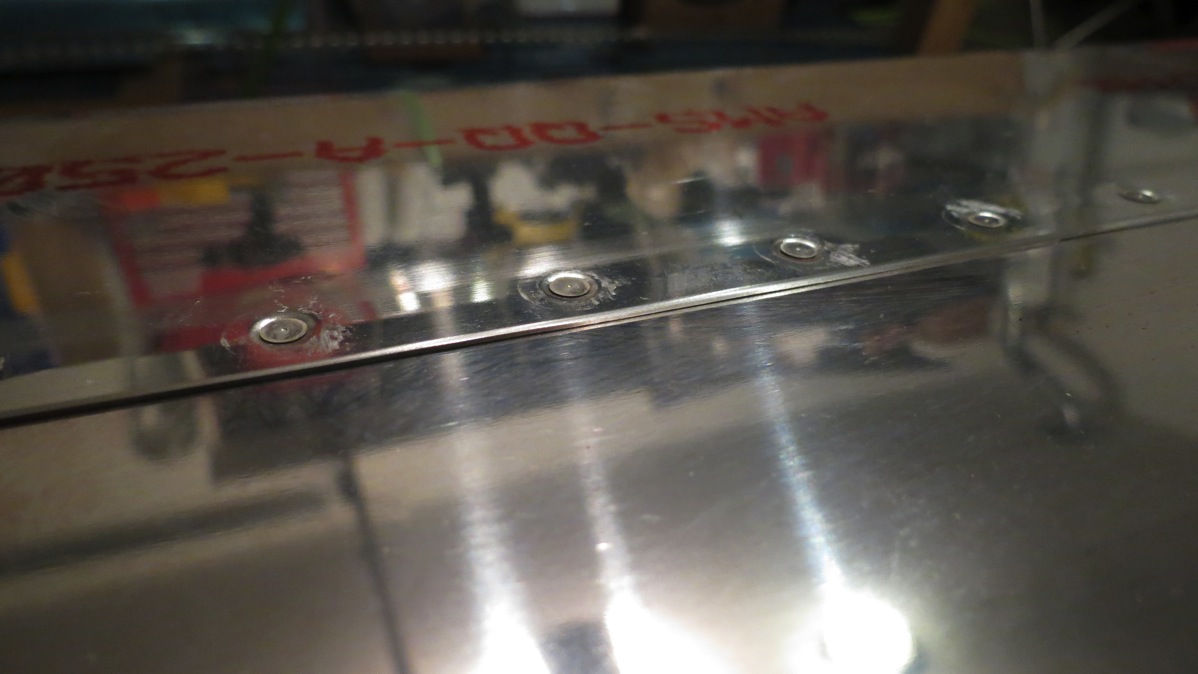 Next up, I worked out my aileron alignment jig. A couple of operations require positioning the aileron in-trail, most notably rigging the bell cranks and hanging the flaps. This position is defined by a line passing through two tooling holes in the main wing rib, so the alignment tool takes the form of a length of aluminum angle, in which bolt holes are cut to attach it to the ribs, with some standoff to allow clearance for the aileron hinge. That part is pretty simple: 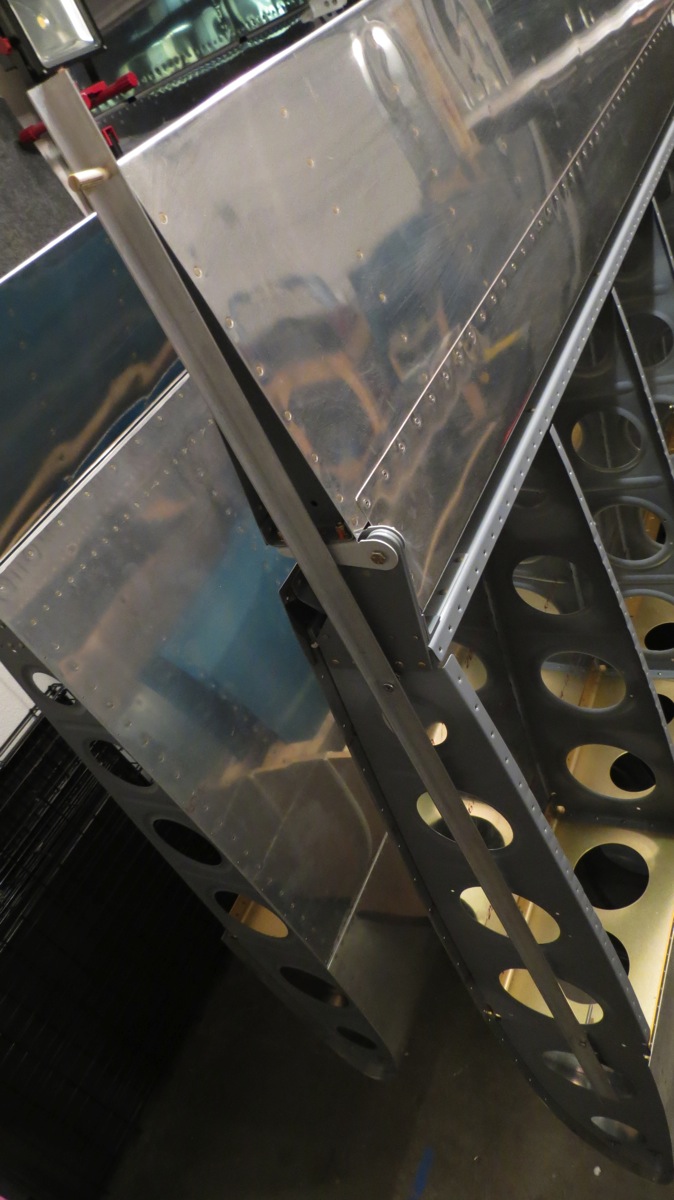 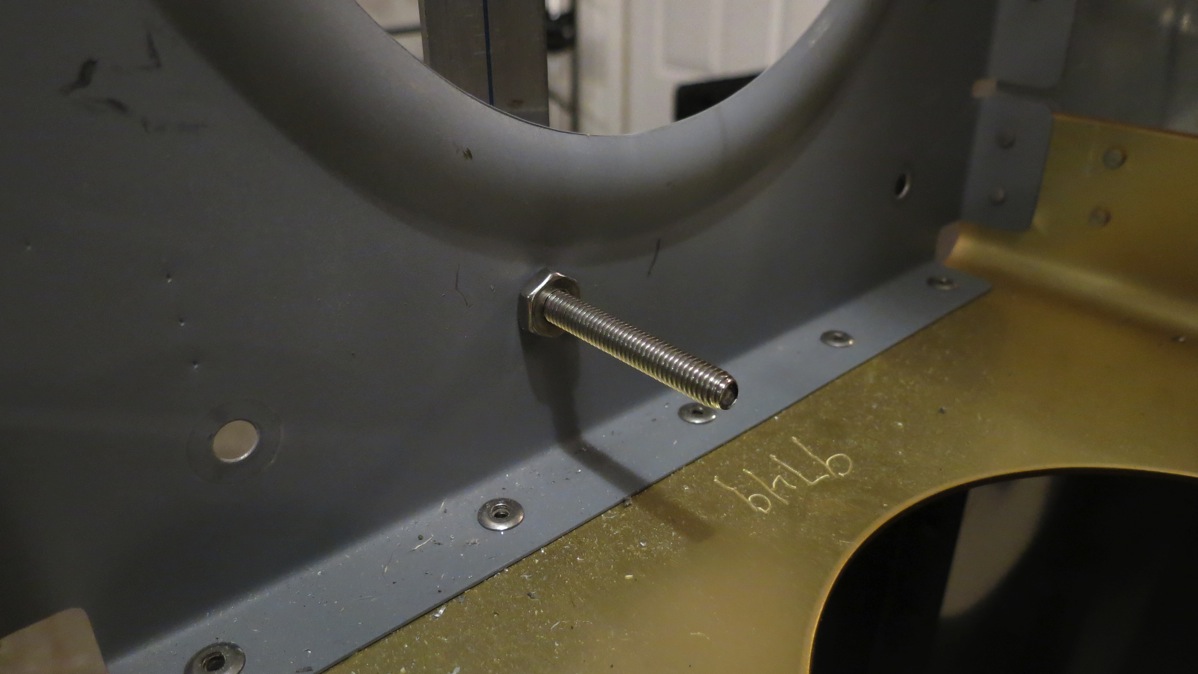 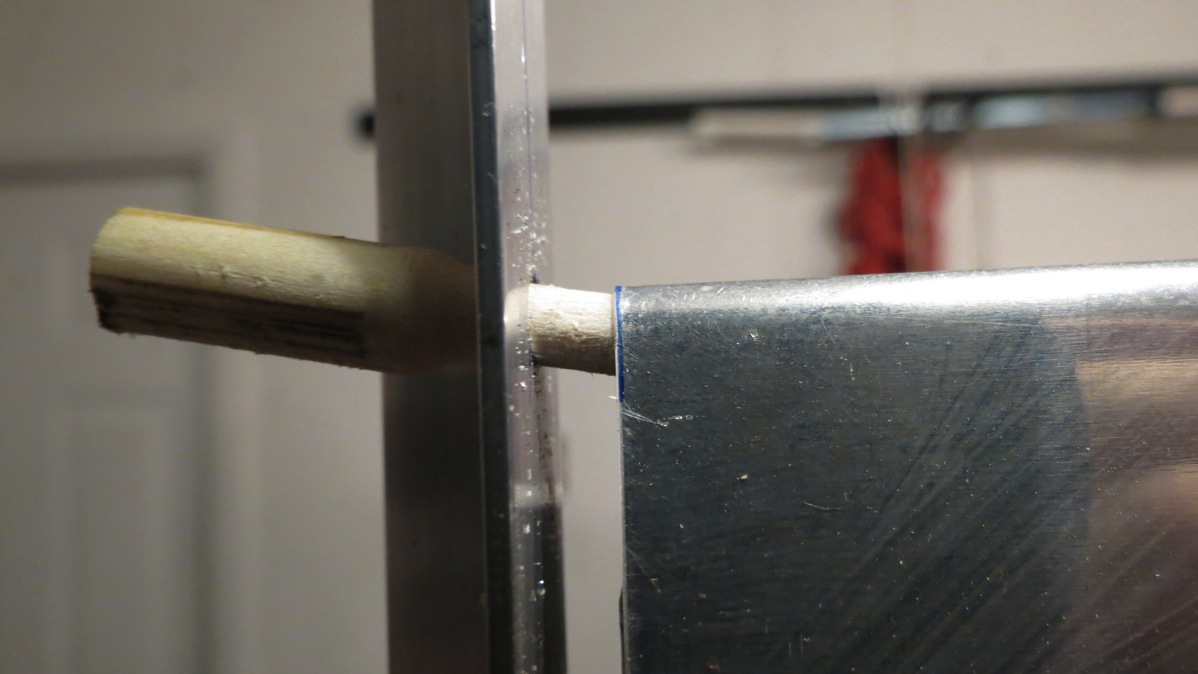 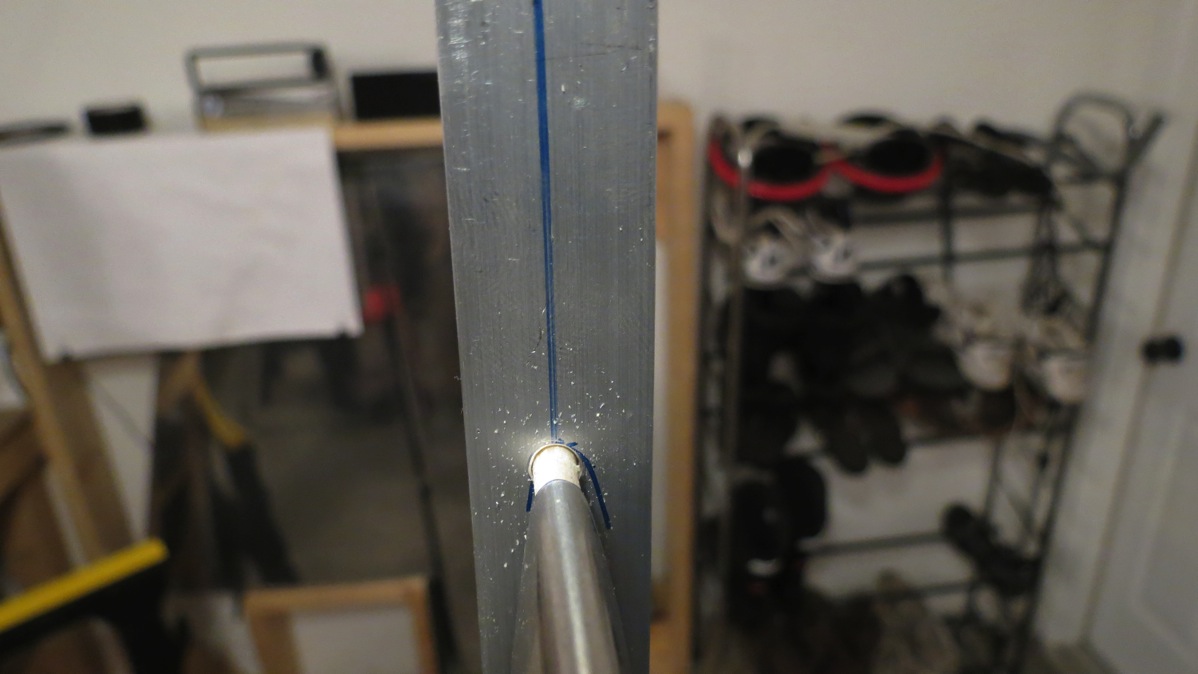 As you can see, that last hole was off by a touch, but it doesn’t prevent the dowel from doing its job. This should make rigging and such significantly easier. I might actually go ahead and rig the bell cranks and pushrods tomorrow night…