Whew, finally back to work. First order of business tonight was to start riveting the joint between the top and bottom skin. I’d been intending to have Josie come out and help with this, but she was working late again, so I examined the situation again and decided that I could shoot these rivets solo. And in fact it turned out to be really straightforward; I had no problems at all. The only tough spots where where the two skins are also riveted in assembly with the ribs.

Here, access was tight enough that even the tungsten bucking bar was to big. I had a different bucking bar that would fit, but holding it in the tight space was going to require both hands. So I got Josie to pause work long enough to come out for about five minutes and help me shoot those. Overall, they weren’t bad at all.

The joint turned out really nice. I was a little concern I overdid it rolling the top skin edge, but the lap joint is really tight, with no gap visible at all: 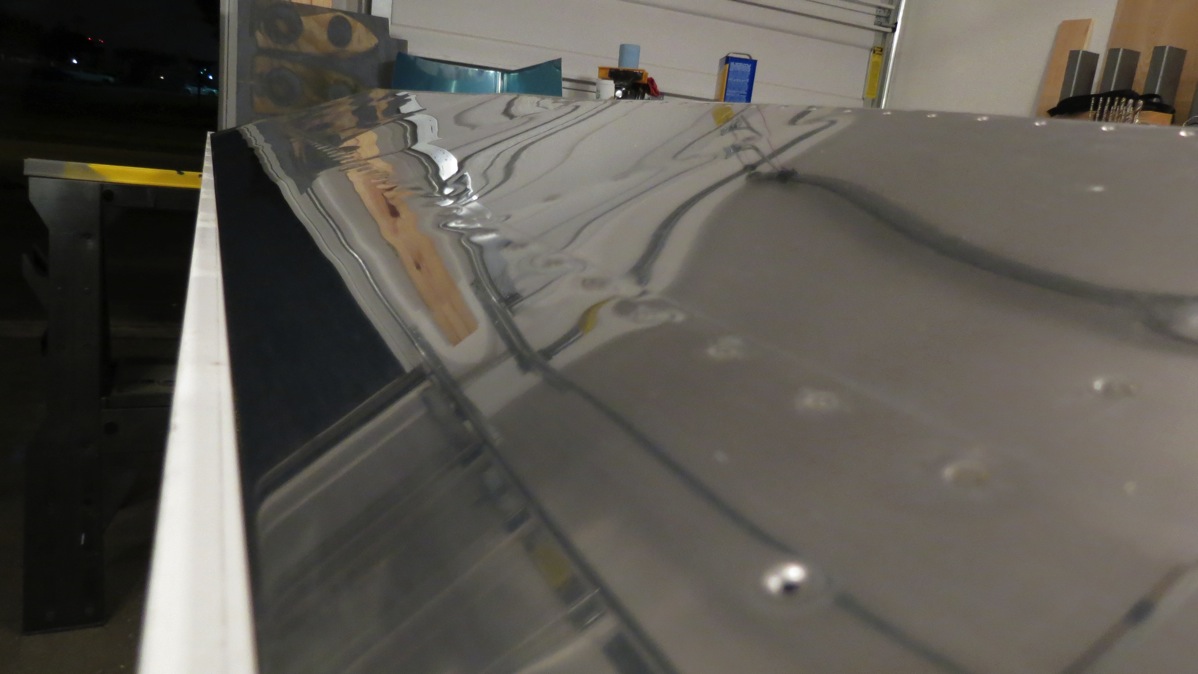 Next I flipped the flap over and clecoed the top skin to the top of the ribs. This is where things are going to get fun for sure. Doing the bottom rivets, I could pull the top half of the skin out of the way for better access, but that’s no longer possible with everything clecoed together. And to make matters worse, the downward cube of the leading edge of the top skin really limits access inside the flap. There’s no question this is going to be a two-person job: 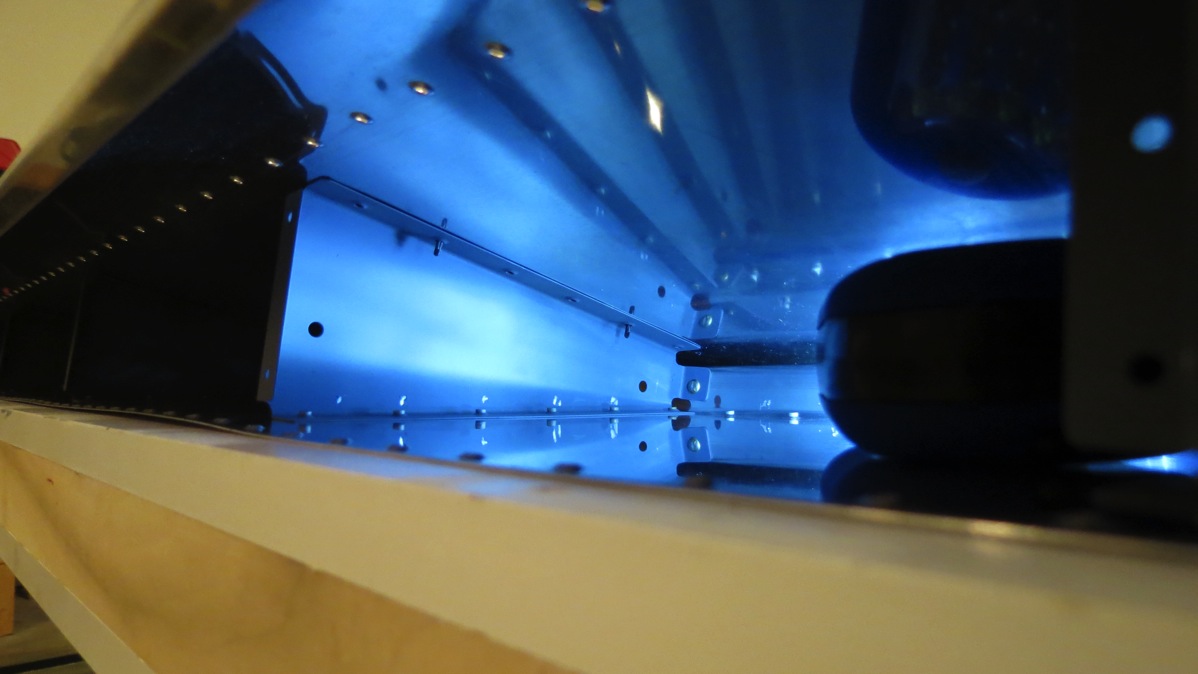 Since there was nothing else I could do with the right flap, I moved on to working on the aileron bellcranks. I’d temporarily assembled the left one once just to watch the aileron move; now it was time to do it for real. First I used a green scotchbrite pad wrapped around a drill bit to clean up the inside of the bellcrank pivot point, then I chucked each bushing into the drill and gave it a once-over with the green pad. That made the bushings nice and shiny: 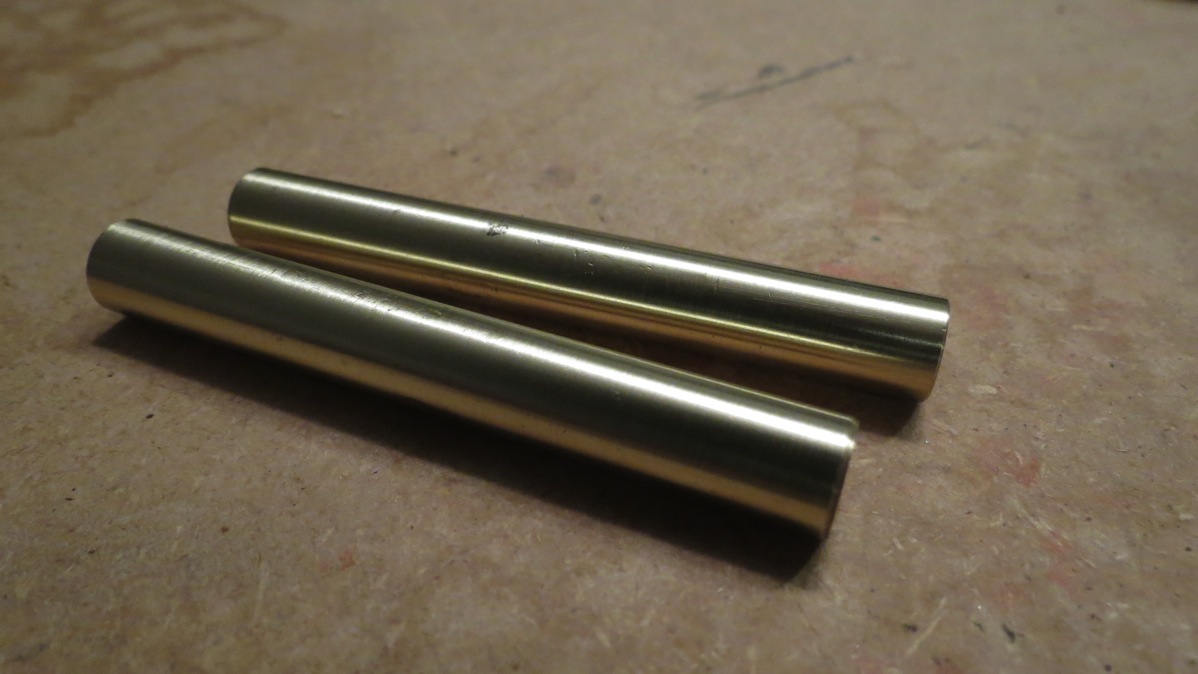 Then I clamped the bell cranks in the vice, covered each bushing with a coating of grease, and installed both bushings: 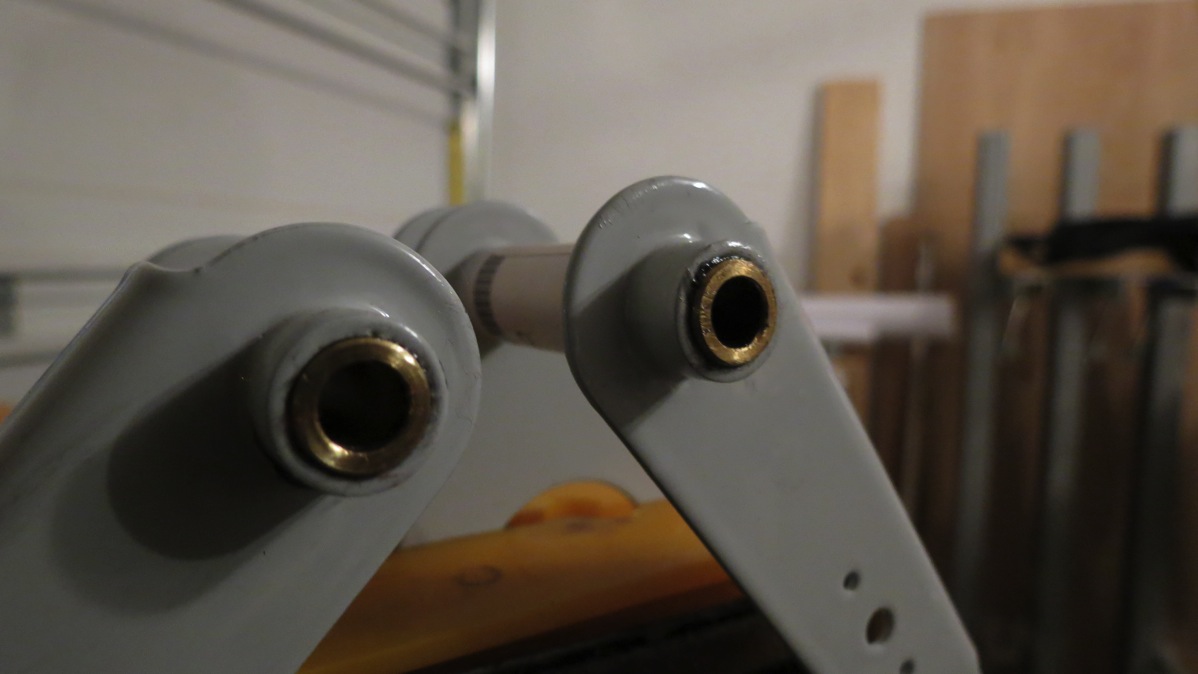 Finally, I bolted each bellcrank in turn into a pair of brackets so I could bench-test them and ensure that they moved freely even when torqued down. Better to do this on the bench than in the wing! 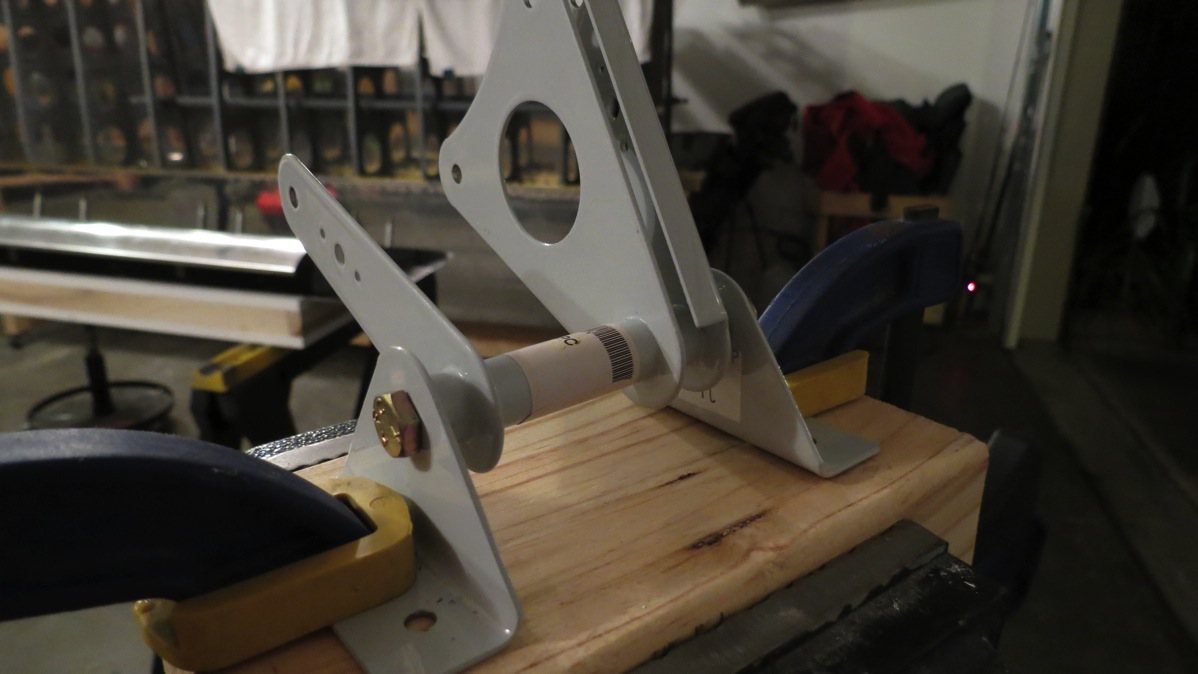 And that’s it for tonight. If I can’t get Josie to help me tomorrow night, I’ll probably just move on to doing the solo riveting on the left flap. I also need to fabricate some spacers for the bellcranks and aileron hinge brackets before things can go together properly.