So yeah, it’s been a few nights since I did anything. The main reason is that it’s been rather cold here, and I don’t have a heater for the garage, nor do I intend to get one. While it’d be useful on nights like these, given the Houston weather it’d spent about 98% of the year just taking up space in the garage.

Tonight I got to work dimpling all the aileron parts. First up were the spars, which were mostly easy. However, the bottom holes which are drilled out to #30 for blind rivets need to be dimpled too, and the larger dimple die set has a larger base, and the flange is pretty short. Which is to say, I fired up the bench grinder and conducted another tool modification. 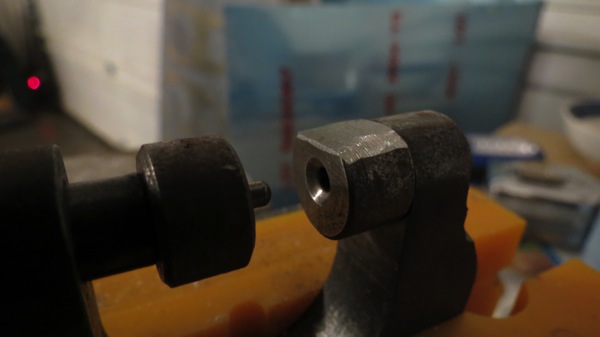 From there I did all the ribs and the trailing edge skins. Before dimpling the leading edge skins, though, I wanted to roll the skin edges a bit. I noticed when I clecoed the ailerons together that the top of the nose skin in particular seemed to want to pillow a bit. I want these skins to fit nice and tight, so I got out the until-now-unused edge forming tool and went to work. I’ve heard lots of guys say that they find this tool hard to use, but I thought it was pretty straightforward.

The slight bend line is barely visible in this photo, just on the outboard edge of the rivet holes: 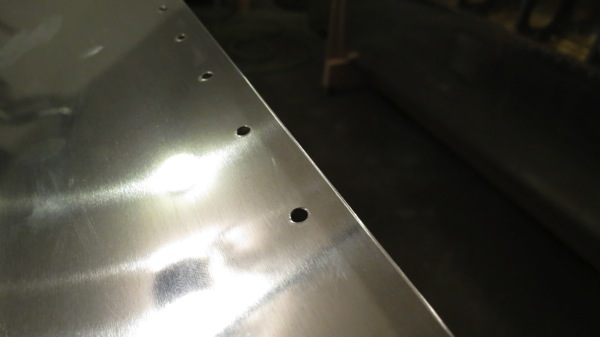 After dimpling the easy holes on the nose skins came the fun part. The rivet holes attaching the nose skin to the counterweight pipe needs to be dimpled for a flush rivet. Problem is, a regular dimple die can’t be used here due to the curvature of the skin. I already knew the accepted approach to this though – just cleco the counterweight pipe in place and use its countersunk holes as female dimple dies. The challenge was figuring out how to support the assembly against me hammering on the male dimple die.

After much experimentation, I came up with this Rube Goldberg assembly of scrap 2x4s and 2x6s: 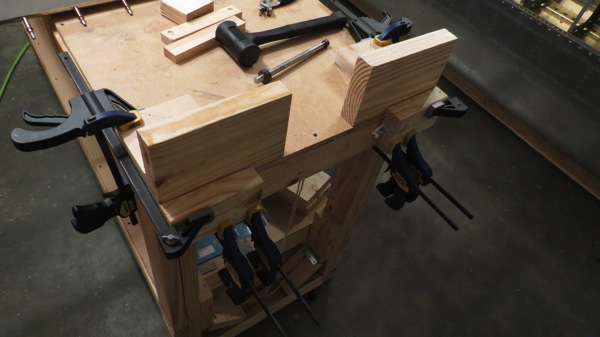 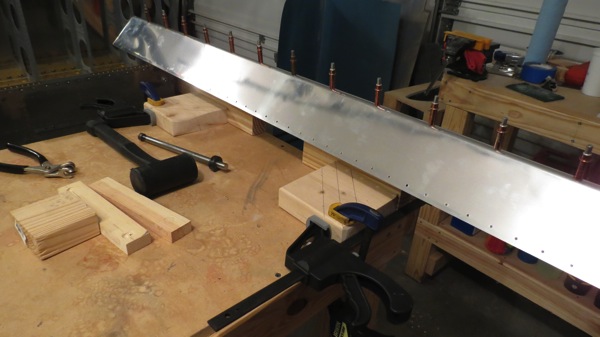 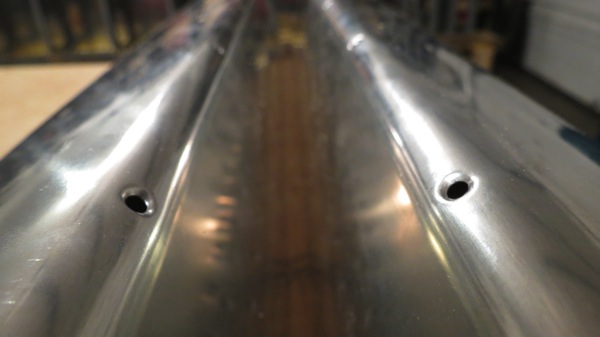 And that, I believe, is it for aileron part prep. It looks like the weather will be OK Saturday, so I should be able to get all this stuff primed and then get to work assembling everything. Maybe the remainder of this week I’ll tinker with the flaps some.