I didn’t really get started in the garage until 1 or so, since I flew with Joy again this morning. (and beat the plane up a bit, but that’s another story…) I also had a prospective builder who wanted to stop by, see the project, and get his hands dirty a bit. I was getting started countersinking the flap braces when he showed up, so I went ahead and finished those in between talking about all sorts of build-related stuff. 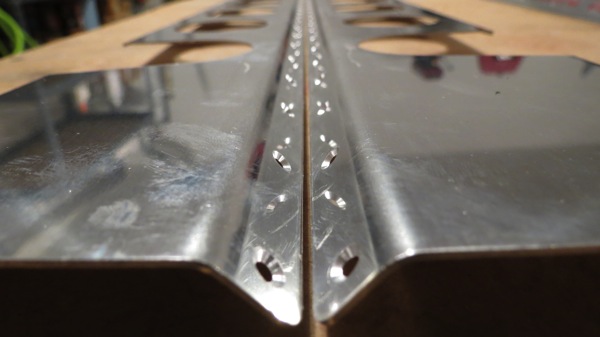 From there, I got him to help me dimple the aileron skins, so they’re ready to have the stiffeners back riveted now, and then I can do the final bend of the trailing edge, assuming I ever get around to building a new bending brake: 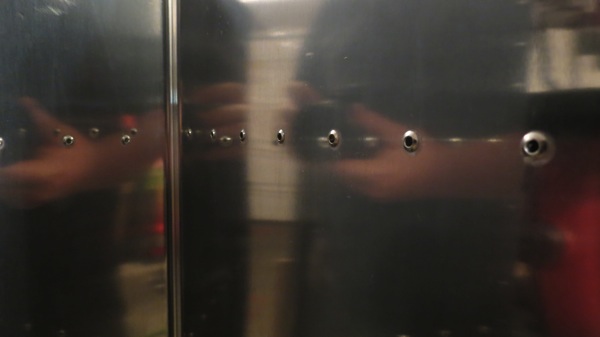 After that, knowing that for me riveting was the most mysterious skill to me before I started building, I took some time and drilled a couple of pieces of scrap for my friend to practice riveting on. He squeezed a few, both with my cheap squeezer and the totally-not-cheap Main Squeeze, then shot a few with the rivet gun. So now at least that mystery has been assuaged a bit for him. Not too long after that, he had to go, so it was back to work for me.

Next I cleaned, scuffed, and primed my replacement spar reinforcement and aileron bracket angle: 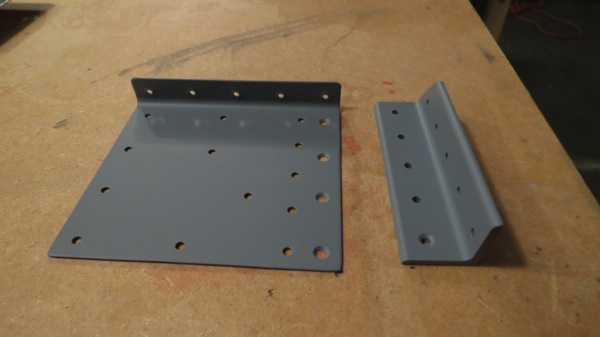 Then I sat down and deburred all the rivet holes on the flap braces and aileron gap fairings. Yay, more deburring!

Unfortunately, it was while doing this that I cast a critical eye on the trims I made on the flap braces. When I made these cuts, I convinced myself that I was leaving sufficient edge distance between the cut line and the inboard most rivet hole, but upon looking at them again tonight, they just didn’t look right. So I looked up the real specs, measured, and…yep, I don’t have sufficient edge distance here. Time to put in an email to Van’s, I suppose. This might be an OK location to get away with this, but it’s not a call I feel like I should make. Worst case, replacements are $27 each, and maybe since my fuse kit is shipping this week they could just crate the replacement braces in with that. We shall see…

One of the edge distance offenders: 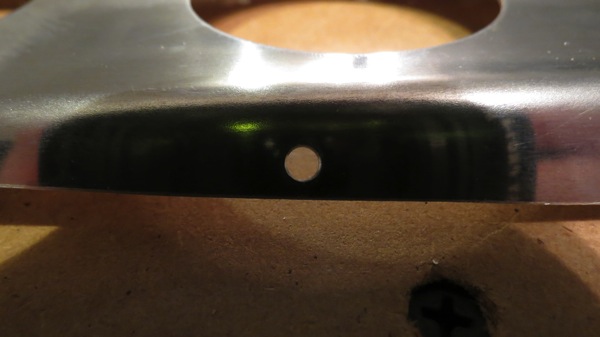 Well, at least I can clean and prime the aileron gap fairings tomorrow. I’ll hold off on the flap braces for obvious reasons. I also have the new aileron hinge stuff to rivet, and all the aileron stiffeners.