Yup, I still have yet to do any riveting on the main skins. But I have good reasoning behind it! What I got to thinking about today is that the riveting is an inside job, and doesn’t require nice weather or daylight. Priming, on the other hand, requires both, and it was a really beautiful day. The next task after finishing the main skin riveting is to build and attach the aileron hinge brackets. The way I figure it, if we put in a bunch of time today to rivet he main skins, I’d find myself without a lot to do over the course of this week. So instead I decided to make it my goal to get those bracket pieces primed today.

Each bracket is made of two pieces of really thick alclad, with a bearing trapped in between and angled pieces to allow attachment to the rear spar. As is usually the case with the thick alcad pieces, the edges are pretty rough: 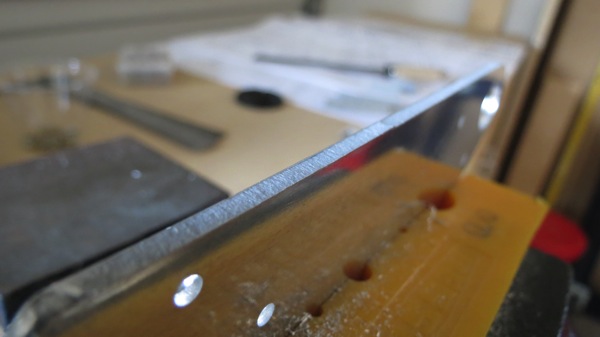 Previously, I’ve just taken pieces like this straight to the bench grinder to smooth the edges, which turned out to be somewhat tedious. This time I took a different approach, clamping the pieces in the vise and using a vixen file to remove the tooling marks on the straight edges. Much faster: 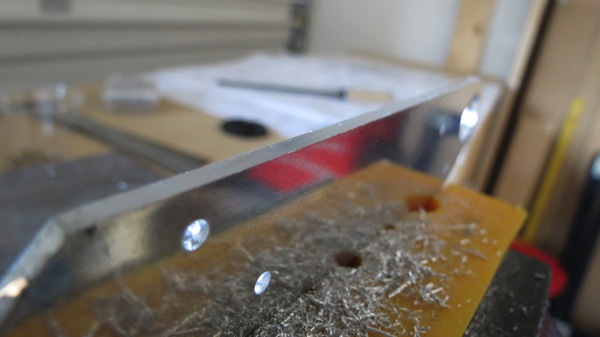 After doing all eight pieces, I ended up with quite a pile of shavings: 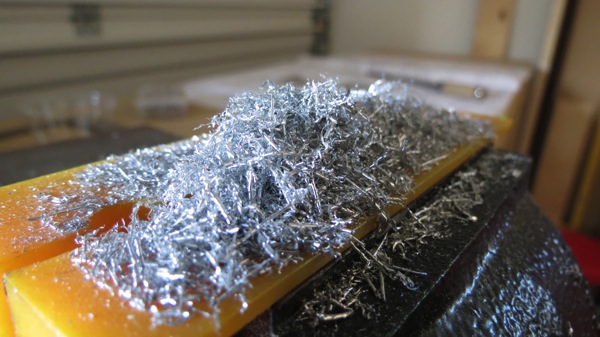 From there I went to the grinder to finish the edges and take care of the corners and curved portions, then I clecoed each bracket assembly together for match drilling. The plans call for a combination of universal and flush rivets here, presumably due to potential interference issues with the ailerons. One of the callouts for the flush rivet seemed odd to me – by the plans, the outboard brackets would have the flush head outboard and the protruding shop head inboard. I went in to do some research and there didn’t seem to be a great consensus as to whether this was correct or not. A common recommendation was to countersink both sides of the holes and make a double-flush rivet. As the name implies, to do this you countersink/dimple both sides, and when you rivet, the shop head forms in the countersunk hole instead of sticking out.

The double-flush option seemed like a good one, but I was still loathe to go ahead and commit to countersinking. It was bothering me that I couldn’t really visualize how everything would go together, and eventually I decided to cleco together the left aileron to help get an idea of what everything looked like together. As a side benefit, it’s cool to have this on your workbench: 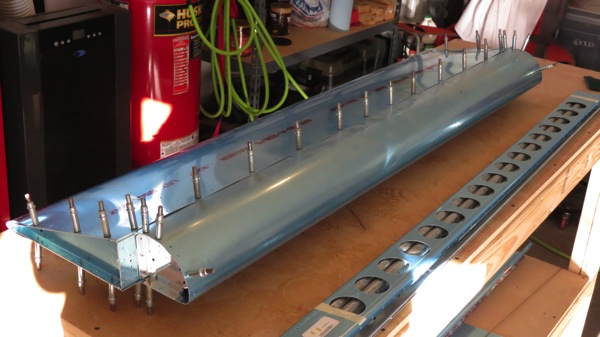 In any case, I decided to go ahead with the double-flush rivet option, so I went to town countersinking, then cleaned, dried, and primed all the bracket pieces: 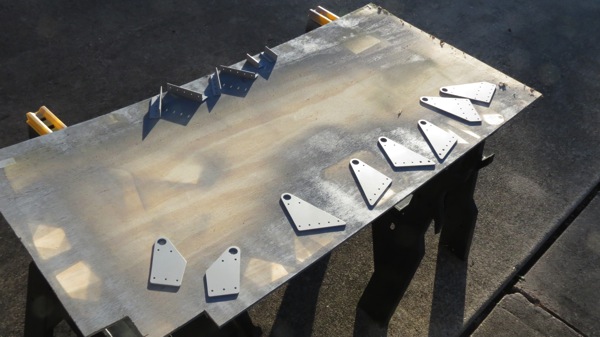 I still had a bit of daylight left, so I looked ahead to the day (hopefully next weekend) when the wings will come off the stands. I’ll need to build a cradle/cart for them, the design of which I’ve been mulling over for a couple weeks. I decided to use the remaining daylight to cut two pieces of MDF that will be used for the ends of the cart. Then I spent some time drawing the layout of the end pieces; I can now set these aside and come back to them with a lot of the grunt work done already. I’ll still need to cut out the curved sections where the outboard ends will sit; the inboard ends will rest on the spar protrusions: 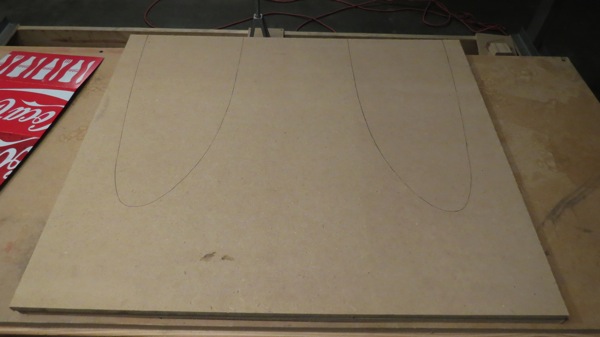 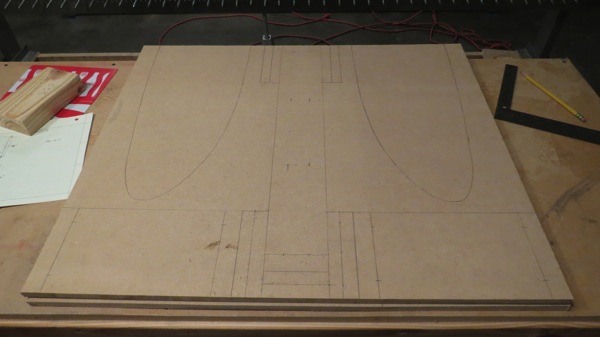 One modification I’m making to the Van’s design is to add a “pocket” between the two wings. My main reason for this was so I could store the bottom skins, though it may also be good for storing fuselage skins when they get here, depending on how big they are. I think this will help save some space in the shop.