I’d figured maybe I could get half of the skin-to-spar rivets done tonight, but I actually got them all done in pretty short order. Guess the tediousness of the blind rivets last night made me forget how easy it is to squeeze these things.  It took maybe an hour and a half to get all the rivets done: 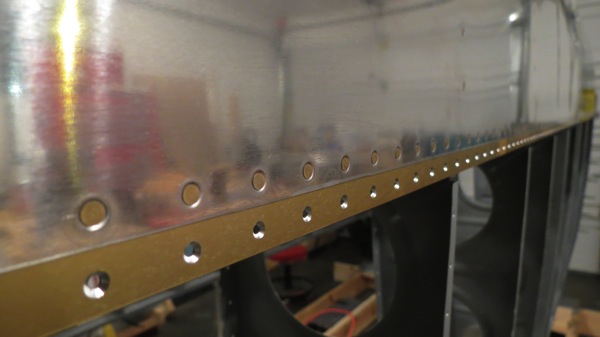 Next I put the tanks in place. I’d planned on putting in most if not all of the screws and bolts, but I started with the screws at the joint with the leading edge, and here I found that there’s significant pillowing of the tank skin between the nutplates: 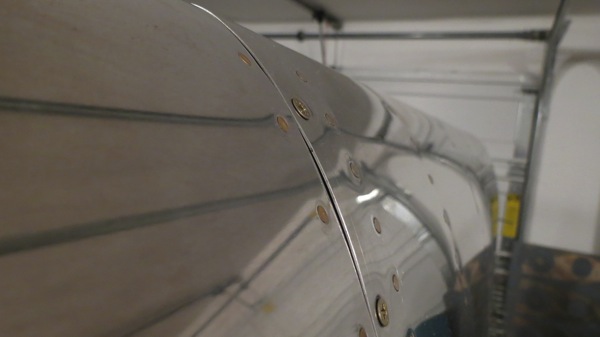 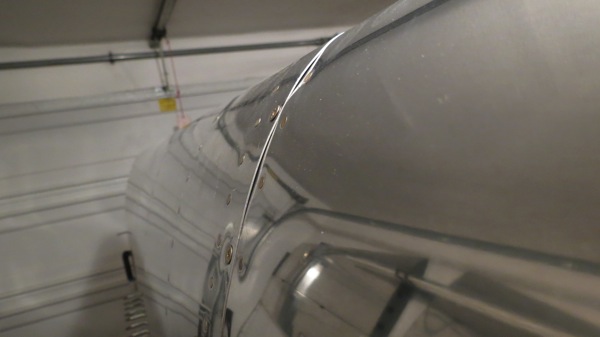 I know this is a fairly common problem for builders to have, so now I get to do the research on how to handle it. The only solution I recall off the bat is putting in additional nutplates and screw holes; I’d prefer to do something different if possible, since adding nutplates to those joint plates would be obnoxious now that the LEs are permanently attached to the spars.

Then I went ahead and clecoed the top skins onto both wings. If the pillowing problem doesn’t require me to delay, we should be riveting these main skin this weekend! 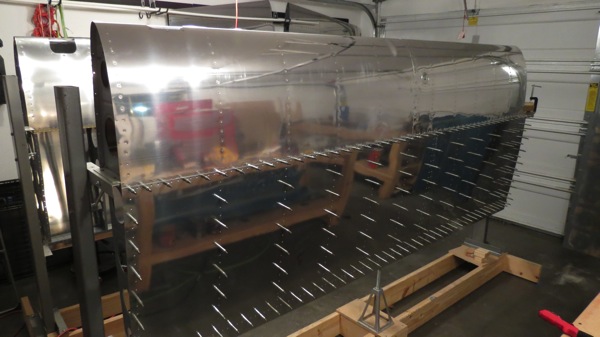 Update: After doing a bit of research on the pillowing issue, one thing in particular I picked up on was that having the tank fully installed could make a difference. So I went back out and installed two out of three bolts in each spar attach bracket, plus every other screw between the spar and skin. Then I retightened the screws between the tank and joint plate. The pillowing does seem slightly better, especially on the left tank, but it’s still there.

In any case, the consensus is that there’s no reason to wait on riveting the top skins. One guy even mentioned that over time, his tanks shrank or deformed a bit and the fit got better –  which seems a little odd to me, but who knows. So I’ll probably just leave this as-is for the time being and deal with it down the road if necessary. I think my most likely course of corrective action will be to try shrinking the metal in the pillowed area to pull everything in line. Some guys have installed shims between the LE skin and the joint plate to lift that skin up, but that would require drilling out rivet and generally seems like an annoying undertaking.