Between sleeping in today and having some non-airplane things to do around the house, I didn’t get in quite as productive a day as yesterday. But hey, I still got some work done. First main goal of the day was to continue prep work on the top main wing skins. With the rivet holes deburred, today I went to work on the edges, first giving them a good filing to get rid of some raised areas, then hitting them up with a scotchbrite wheel in the die grinder to make everything nice and smooth.

Along with this garden-variety edge finishing, there was also some special work to be done on these skins. Since there are two skins per wing, there’s an overlap where they join, which in turn means the outboard skin (which sits on top of the inboard) sticks up behind the tank skin. Here’s a blurry photo of that seam without any work done: 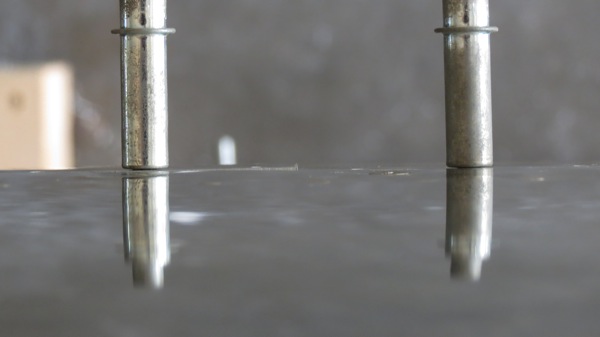 Sorry the photo’s bad. It was rather difficult to get that shot at all, but you can see the outboard skin on the left side (background) sticking up above the tank skin (foreground). The solution to this problem is to carefully file that corner of both skins into a nice taper, a sort of scarf joint type setup. To start this, I measured points 3” out and 4” back from the corner, marked them, then laid out a few layers of masking tape to protect the area I didn’t want to taper: 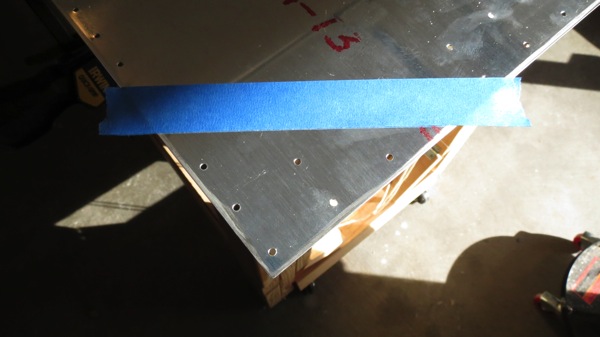 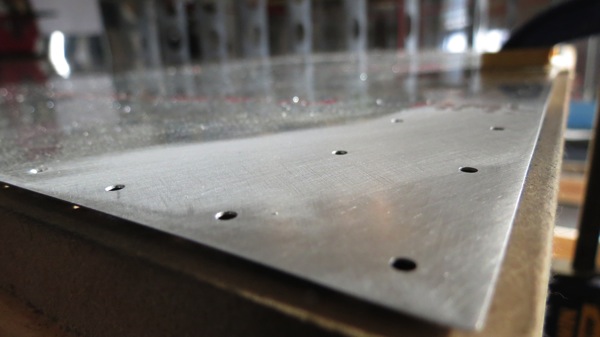 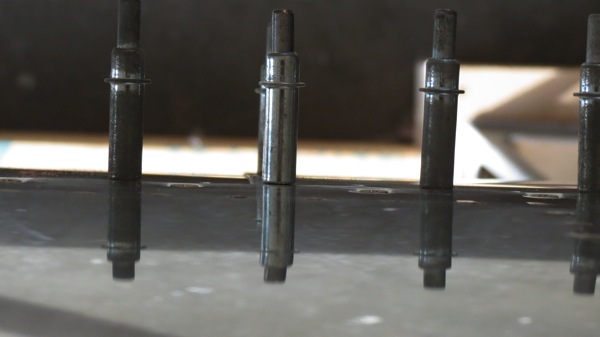 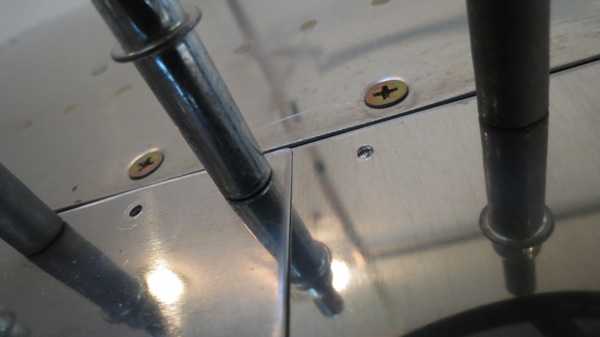 After tapering the second set of skins as well, I moved on to a few minor items. I riveted the nutplates onto the replacement joint plate I primed yesterday, then clecoed the joint plate and the last rib into the right LE unit. I also went ahead and riveted the access hole filler panel to the doubler, but stopped short of riveting it to the LE skin itself. I got a little distracted while doing this and rather stupidly riveted one of the holes in the doubler itself. Whoops: 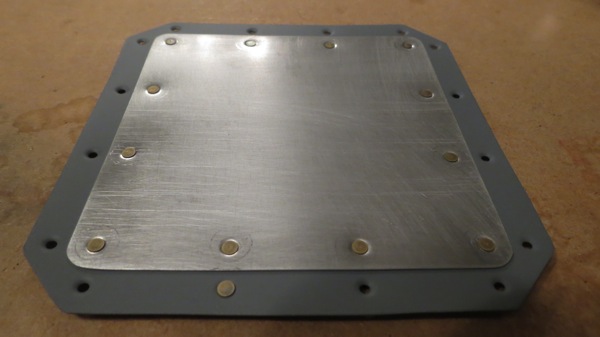 At least those rivets are easy to drill out. Here’s the plate/doubler assembly clecoed to the left LE skin: 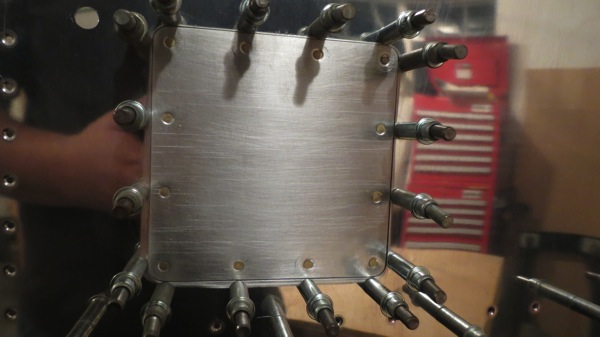 I wish I hadn’t scuffed the outside of that panel. I had intended to prime the inside of it, but I got carried away while cleaning and scuffed both sides. Oh well, no harm done, just looks rough.

Anyway, that does it for all the LE parts. Nothing left to do with these things but to start riveting! Guess I better get started… 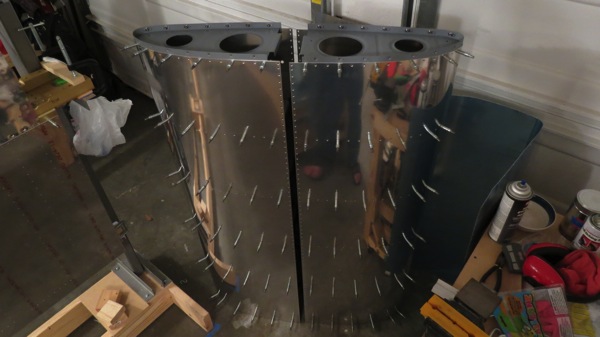 PS I forgot to mention it, but yesterday I crossed the mark of 500 hours spent building this thing. The Van’s estimate for time to build is 1500 hours, though consensus seems to be that number is optimistic. I figure 2000 is likely the upper end of the potential range for me, so I guess I’m somewhere between 25 and 33% done with this project! (I can’t decide if that number is exciting or sobering)