I’d really hoped to be able to prime the couple of leftover pieces I have today, but unfortunately it rained all day. So much for that plan, maybe this weekend. Instead I decided to start today off by dimpling both LE skins. First, though, I needed to make some modifications to my dimpling fixture. I found when dimpling the tank skins that the C-frame tended to wander downward in the fixture, since the fixture has no bottom. So when we dimpled the tanks, we had to stop every ten holes or so and realign the C-frame with the fixture. Kind of annoying.

I had a piece of plywood big enough to cover the entire bottom, but that would require me to cut it to size, which would require working outside, and yeah, there was that whole rain thing. So instead I decided to use some leftover 1×6 lumber to make little shelves under the C-frame slots. I also put a piece of 1×6 at each outside corner so the thing would sit flat: 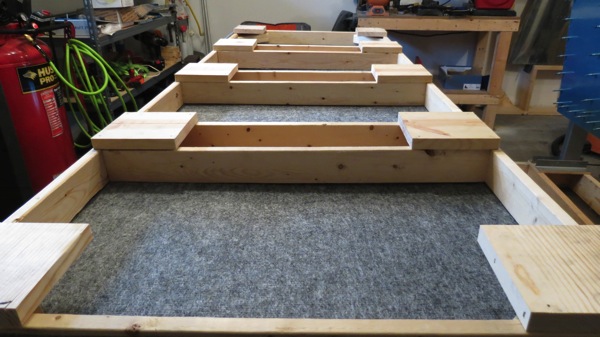 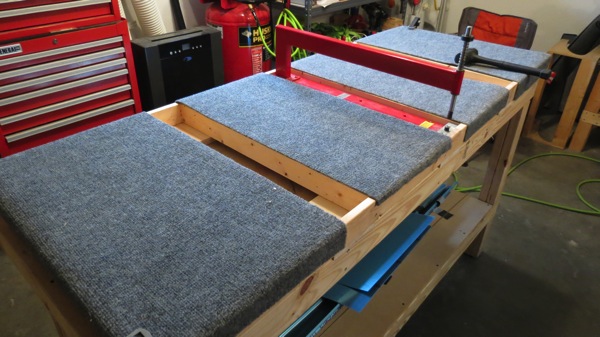 A few hours and a lot of pounding later, I had two fully dimpled skins. Look, dimples! 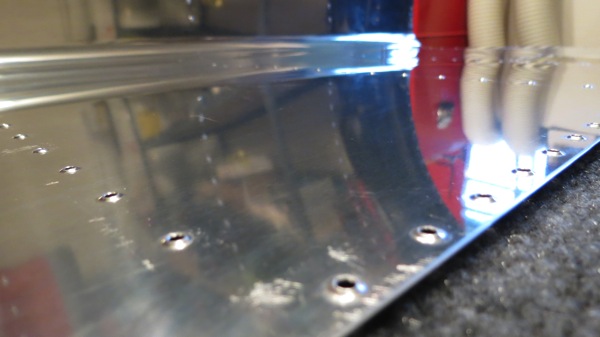 Now what? It was only mid afternoon and I didn’t feel like quitting that early. At first I was going to see about countersinking the rivet holes in the main spars, but then I realized I needed to deburr those holes. Rather than do that tediously with the hand deburring tool, I think I’m going to get an in-and-out deburring bit. That should make deburring spots like this much easier, and I expect the tool will get lots of use.

Instead, I went ahead and clecoed the left LE unit together and proceeded to work on the landing light mount. The next logical step was to fit the lens. First, the prevent lens piece gets trimmed down to size; it won’t fit through the LE hole without trimming. At first I tried trimming the plexi by scoring and breaking it, but that turned into a horrible mess. So instead I used the bandsaw, which made great cuts but covered everything in a 20-mile radius in fine sticky plexiglass dust. 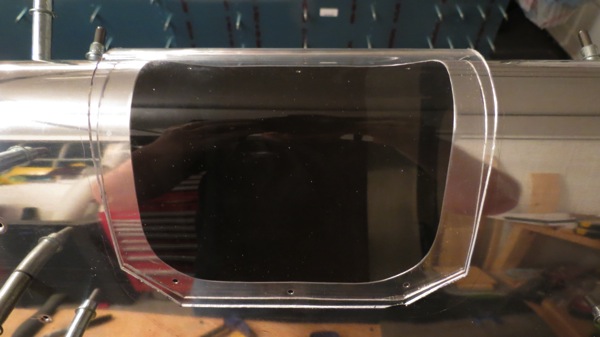 Once the cuts were done and the edges sanded smooth, it was time to fit the lens in place and drill the mount holes in assembly with the LE skin. I followed the Duckworks-recommended method of using tape to pull the lens in place while drilling, and it worked rather nicely: 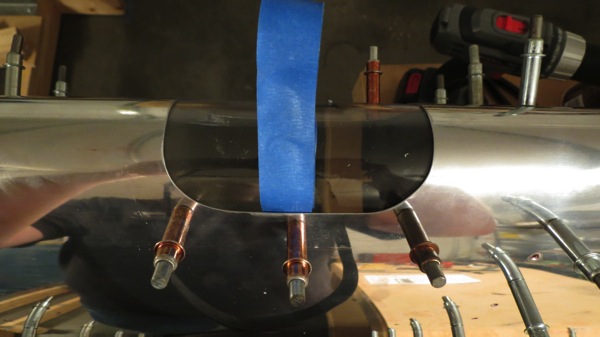 After drilling the lens holes to full size and countersinking them for the skin dimples, I went to work installing the nutplates on the mount strips: 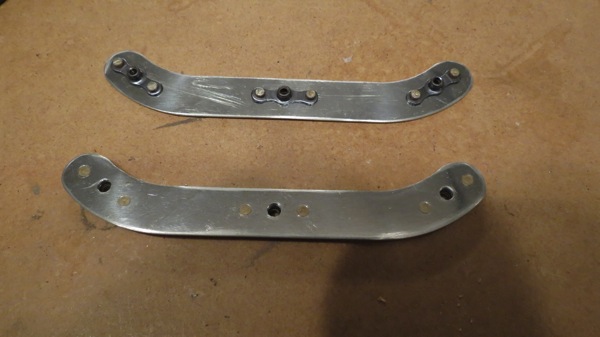 Those strips get stuck to the inside of the lens with double-sided tape. Oddly enough, the Duckworks kit includes two pieces of the tape, but neither piece is the length of the mounting strip. So I cut each strip into three pieces and put each piece of tape right under a screw hole. Seems logical since that’s where the screws will be pulling everything together.

Finally, I screwed the lens into the LE skin to check the fit. Looking good! 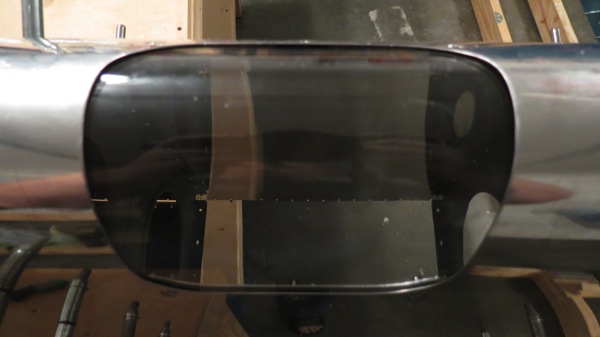 Fitting that lens took a startling amount of time, but since it was my first time working with plexiglass, there was a fair amount of trial and error. Fitting the second lens should go much faster; if I can get stuff primed this weekend, I should be able to assemble the right LE and fit the lens maybe Sunday, and then I can start riveting the LEs. Then it’ll be on to riveting the top main skins to the wings…but there’s lots more deburring and dimpling to be done between now and then.