Ugh.  I kind of feel like I squandered a lot of good work opportunity yesterday. (I did this work on Monday, and I’m just getting around to writing this up now)  First off, I slept in later than I probably should have, though on the other hand it is vacation…but anyway, my goals for the day were to get everything dimpled and cleaned for priming, and hopefully get around to priming while I had good weather and daylight.

Actually, it turned out I had a couple other steps to do.  In addition to the normal dimpling, I needed to dimple the rivet holes between the spar and root rib; these rivets are flush because the control horn must rest on top of them.  The instruction call for countersinking the spar, but I elected to dimple instead.  These same part will be dimpled where they join the skin, so I saw no reason not to dimple them here as well.  Well, until I got to dimpling the flange of the root rib…it was kind of tough to get those due to the acute angle between the flange and rib.  I had to break out the pop rivet dimple dies for this one.

Next, some of the edge of the counterweight skin needed to be tapered where they sat under the skin.  I decided to simply hit these up with the bench grinder to achieve the taper, but first I needed to mark the areas that needed to be tapered.  So I temporarily reassembled the tip rib components to the spar; with everything in place, it was easy to see where the edges of the skin would sit and to mark the counterweight skin overlap areas.  The taper itself was easy to do with the bench grinder and the scotchbrite wheel.

The rest of the dimpling went fast…well, 95% of it, that is.  The last few holes at the narrow end of both the root and tip ribs were pretty tough to do.  I probably spent twice as much time on those eight holes than I did dimpling all the other elevator components.  After doing some research, I think I’m going to invest in a set of Avery Tool’s vice-grip dimplers. (ARGH!  They’re out of stock!)  They should do a better job in the tight spaces than the sort of haphazard rigs I’ve been coming up with.

Then it was out to the driveway to scuff and scrub all the parts prior to priming.  Last time, I found out how much longer it took for this stuff to dry now that it’s cooled off outside…and it was even colder yesterday than last time.  I tried to jump-start the process by blowing the newly-cleaned parts with the air gun to get rid of some of the water, then I left them out to dry while I retired inside where it was warm for a late lunch.  After lunch, I was feeling a little tired, so I laid down for a nap…I wanted to give the parts more time to dry anyway.  I’ve tried to prime parts that weren’t completely dry before, and let’s just say that it doesn’t work well.

Unfortunately, when I woke up again, it was already starting to get dark.  Too late to get any priming in, and the forecast for New Years was rain, rain, and more rain.  This morning, I thought about trying to prime just inside the garage with the door open, but the primer specifically says not to use it when the humidity is high.  So I’ll just be waiting until this weekend to get back to work.

I think I’m going to go ahead and order my wing kit this week.  I’ve got the funds for the deposit, and getting the balance set aside during the eight week lead time won’t be a problem.  Most importantly, I’m going to be done with the empennage in the near future, and I’d like to minimize downtime.  I will need some time to clean and reorganize the garage for all the wing parts, but not eight weeks…

The tapered edges of the counterweight skin: 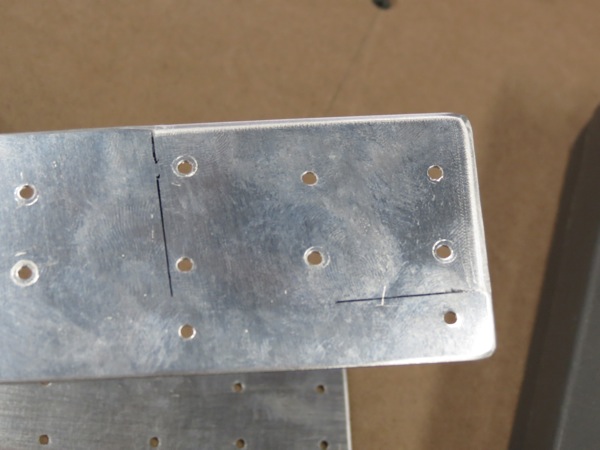 Look how much fun I’m having scrubbing the elevator parts! 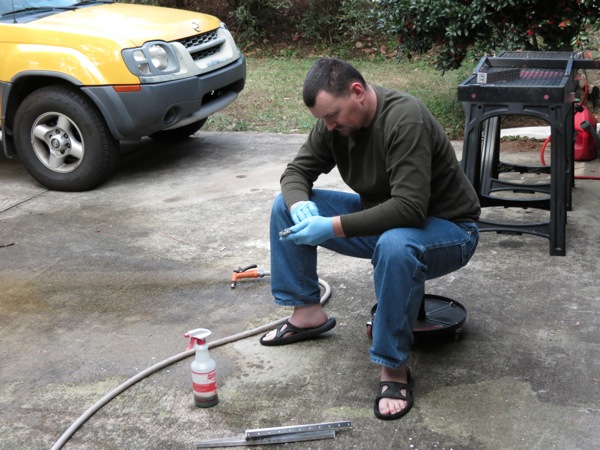