In our last installment, I’d freshly mangled some additional sheetmetal while attempting to back rivet stiffeners to the rudder skin.  Lest we forget, the whole reason I skipped ahead to the v-stab and then rudder was because I fouled up some parts fot eh h-stab and had to order replacements.  Since I’m now waiting on some more stuff from Avery to continue with the rudder, I decided to go back to what I’m supposed to be working on first anyway…yeah, the h-stab.

I screwed up the tapers on the forward spar reinforcements by trying to rough cut them with a hacksaw, and then fine-tune with a belt sander and the scotchbrite wheel.  This time, I decided to go ahead and acquire the tool I should have used in the first place: a bandsaw.  A trip to Lowe’s this morning took care of that, and after some time getting the thing set up, I did some test cuts using the ruined spar angles and…man, this thing cuts through aluminum like butter.  Very nice.

So I got out my replacement reinforcements, laid out the cut lines, and had them trimmed down in no time with the bandsaw.  Some cleanup and corner rounding on the scotchbrite wheel, and I had them done in no time.  Yep, having the right tools really does make all the difference.  Next up was bending the “ears” of the reinforcements.  Seems like I’ve read where some other builders approached this with great trepidation, but I honestly thought it was pretty easy.  Clamp them in the vice, tap with the dead blow hammer, check angle, repeat until done.  Easy as pie.  Bending the flanges on the HS-702 forward spar channels was even easier.

The next step was the cut the HS-805 main nose ribs.  These attach to the forward spar where the reinforcement angles lie, so some relief cuts need to be made for them to fit around the reinforcement pieces.  Here again, the band saw was wonderful; after using a drill to create the corner radius of the cut, the bandsaw took care of the rest in no time.  Again, a little scotchbrite wheel action finished things up.

Now it’s time to really get serious.  Out came the rest of ribs for the h-stab; they all had to be edge finished and the fluted.  Lots of little nooks and crannies to be taken care of, but I’m starting to get a system in place for handling ribs.  Next, I decided which ribs would be for the left/right side of the plane (or port and starboard, as I prefer…no ambiguity there like L/R), and then it was time to do some clecoing.  The portside stab skeleton went together easily, then I match-drilled the holes.  The inner main ribs, HS-804/805, aren’t predrilled, though.  The skin has to be clecoed on, and then the ribs are drilled using the skin as a guide.  That, too, was straightforward and went well.

The next step was to cleco on the forward spar reinforcements, and then holes have to be drilled through a bunch of pieces at once; namely, the HS-804 main rib, HS-702 spar channel, and the spar reinforcement.  The main problem here is that there isn’t a lot of space at all to work with.  The instructions recommend an angle drill, but mention that a long drill bit can be used as well.  I do have a long drill bit, but after considering the situation it still seemed like a setup for disaster.  I’m thinking it’s better to play it safe and go ahead and snag an angle drill.  In the meantime, I’ve still got a lot of steps to repeat on the other h-stab half, so there’s no shortage of work while I order the angle drill and wait on delivery.  In a way, this builds on the lesson with the band saw: sure, you can get stuff done with subpar tools, but it’s more work and there’s a lot more chance for stuff to go awry.  Right now, I’d like to have stuff go well, hence the decision to order the right tool instead of trying to MacGyver it.

Anyways, by the time I hit this point, it was after 7 PM and I was getting hungry.  I did some internet research, which confirmed that I wasn’t going to buy a worthwhile angle drill locally. (unless I went to Spruce, an hour away and undoubtedly closed)  Josie wanted to watch a movie, so I called it a night.  Tomorrow evening, I hope to work on the starboard h-stab half and get it to the point where I need the angle drill as well.  That should be here Friday, so I can pick right back up after work then.  At this rate, I should be able to have the skeleton riveted together this weekend, and before long it’ll be skin riveting time… 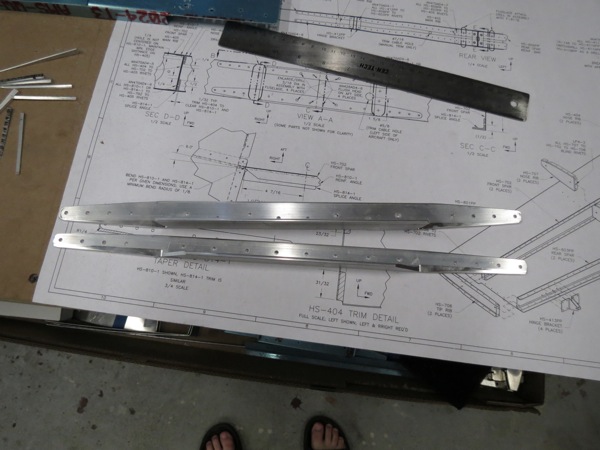 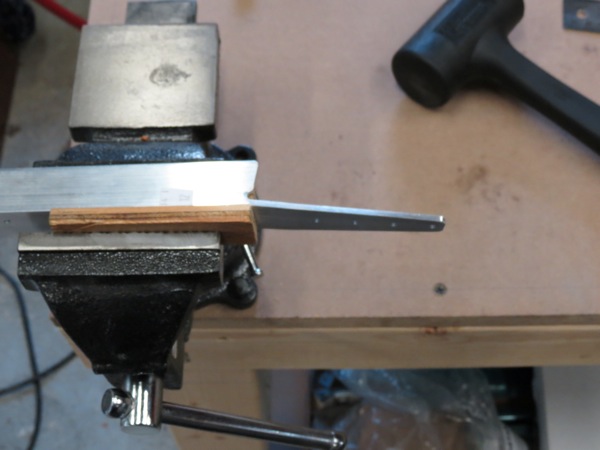 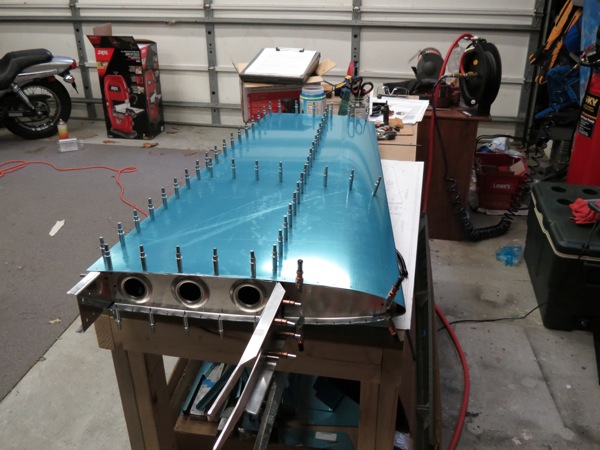