It had to happen sometime.  The introduction section of the RV-8 preview plans contains this statement: “The project you are about to undertake will probably be the most frustrating, time-consuming, enjoyable, fulfilling, and rewarding you have ever experienced.”  I knew frustration was a part of the deal, but it’s still…well, frustrating when it happens.

When we left off last time, I’d failed miserably at bucking the center rivet for the v-stab front spar and two ribs.  Since then, I did manage to get that rivet drilled out without destroying anything, but I hadn’t done anything else.  I did order a new squeezer with a 3″ yoke, figuring that would be helpful for situations like this.  Today, I went out to the garage, confident in the knowledge that with my shiny new tool, I’d make short work of these three rivets and move on to skinning the v-stab.

The good news was that the new squeezer with the 3″ yoke could easily reach that center rivet.  The bad news was that even so, working inside those two ribs didn’t offer a lot of clearance.  If you’d asked me before today, I would have told you that squeezing rivets was pretty much idiot-proof.  I got to eat my own words when the first rivet I squeezed had a lovely clinched head.  Blarg.  Drill-out time returns!  Attempt #3 went better, as I paid a lot more attention to making absolutely sure the squeezer was straight.  I suspect that the flex in that 3″ yoke aggravates less-than-optimal positioning…

But now, I was happy!  With that pesky center rivet set, the other two would surely be a cakewalk!  Actually, no…there’s even less clearance for those two.  And what with the spar web and rib flanges all over the place, I still can’t get at them with my old squeezer.  My first attempt at squeezing one of the end rivets…yet ANOTHER clinched head.  Josie, who was helping me out at the time, suggested I try to hit the other end one before drilling out the first, maybe as a sort of confidence booster.  My confidence was not boosted, however…even though I was being extremely careful positioning the squeezer, the shop head on that rivet started to lean over as well.  At that point, I summoned all my willpower to avoid flinging a tool across the garage, and stalked into the house, turning off the A/C and lights in the garage.  The last thing I wanted to do at that point was to look at that spar again.

After about an hour of sulking, I’d formulated a plan that made me want to go out and play some more.  I’d dispense with the pesky squeezer, and go back to the rivet gun.  Surely if I was really, really, really, really careful, I could buck those two rivets and be done with this, right?  Of course!  So I went back out, drilled out the two offending rivets, spent a good half-hour setting the work up, clamping everything down, thinking through how I’d approach things, experimenting with how to hold the rivet gun and bucking bar, etc.  This was possibly the most preplanned rivet-bucking I’d ever done.  Finally, I was convinced I was ready.  I carefully started the rivet with a few taps.  It didn’t seem to be leaning over, so I gave it a little burst, still being very careful to hold the bucking bar square.  And there, once again, the shop head was leaning to the side.

I wanted to assault that spar with a ball-peen hammer until I had turned it into scrap aluminum, or some kind of modern art masterpiece.  Instead, I just gave up on it.  I’m going to have to swallow my pride and get some experienced assistance on this one.

In an attempt to salvage some kind of progress from the day, I decided to dimple the v-stab skin.  I just wanted some kind of achievement for the day. (besides perfecting my rivet drill-out procedure)  That went well, mostly…except for the nice figure-eight dimple I made.  As far as I can tell, that’s a rite of passage for builders.  Guess I’m in the club now.  At least fixes for figure-eight holes are pretty well-documented, so I’m not all that bummed about it.  Or maybe it just seems so minor compared to the continuing frustration with that spar.

In retrospect, one source of the great frustration is the expectations I put upon myself.  I was convinced that by the end of today, I’d have a skinned v-stab to look at, that I would achieved a nice build milestone…my first complete, recognizable aircraft part.  I didn’t allow for setbacks, and when they did occur, it was like my hopes and dreams were torpedoed.

I guess it’s time to get familiar with some of the EAA folks I’ve been seeing at the pancake breakfasts, and start politely imposing on their free time… 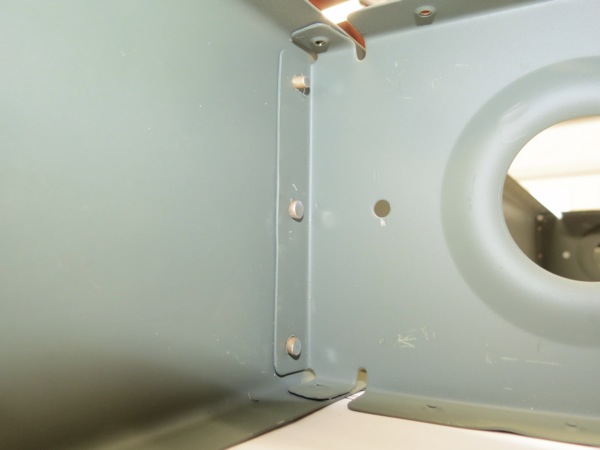 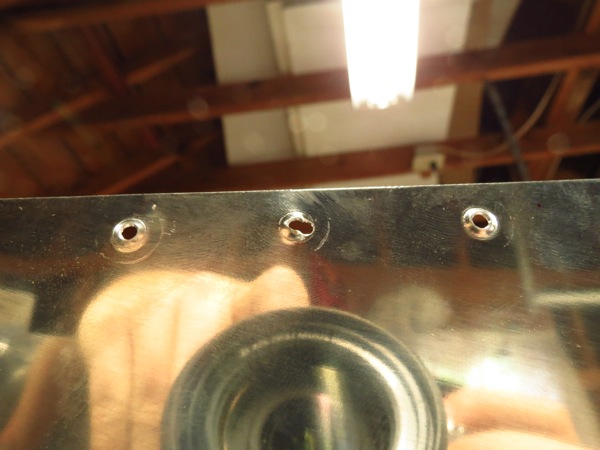