When we left off last night, I’d been working on getting the saddle bracket for the tail light to where it would fit inside the rudder bottom. Today I picked back up on that, continuing with the trial-and-error of removing material both from the bracket and inside the fiberglass bottom piece. The good news was that after a few more iterations, I finally got things to where the bracket would line up with the holes and sit flush against the back of the pad.

The bad news was that somewhere along the way of trying to screw the bracket into place repeatedly, I managed to booger up the threads on the bracket, to the point where one of the two screws just wouldn’t tighten up – it’d spin in place. Well, that’s not going to work for a flying, vibrating airplane. So after all that tweaking of the bracket, I needed a new one. Fabbing one up from scrap seemed easy enough, but another consideration was that the light mount screws are metric (M3). I had to do some research and experimentation to determine if I had the right stuff to make a tapped hole for those screws. Turns out that a #40 drill bit is within the minor diameter range, and a test tap worked nicely.

For material, I used some of my instrument-panel scrap. It’s pretty thick alclad, though a bit thinner than the original bracket. Still, a test hole was plenty strong, even when I intentionally torqued a screw way more than would ever be needed. I used the original bracket to drill the two screw holes, then traced the bracket and got ready to turn a lot of aluminum into dust: 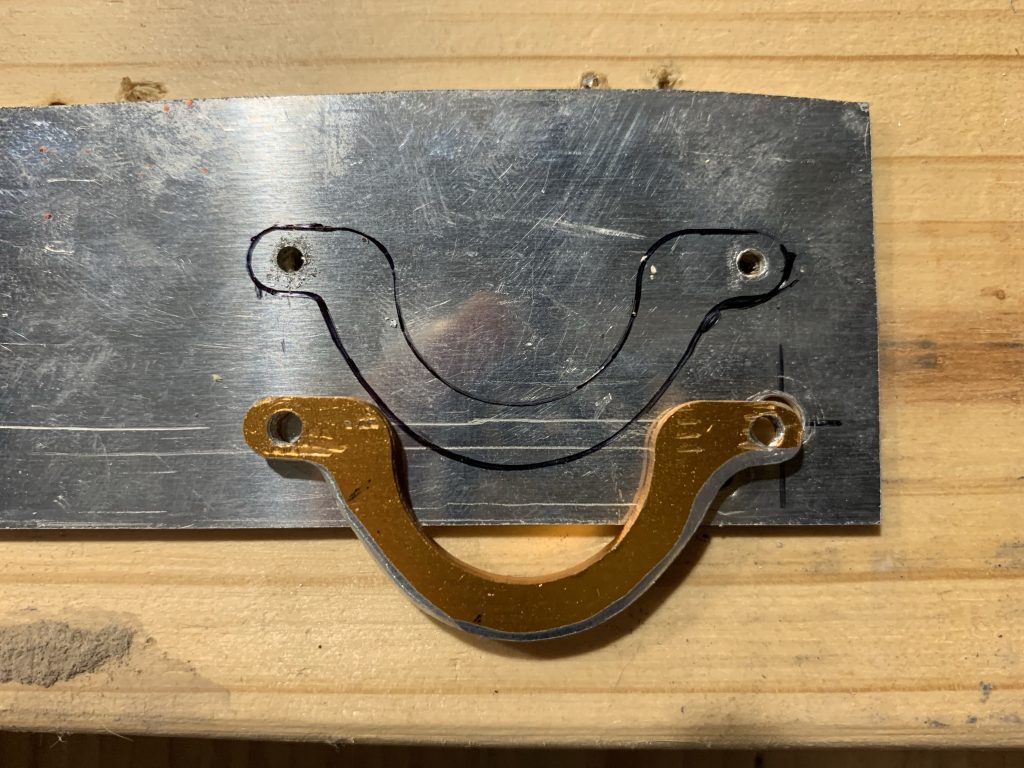 After a lot of work with the bandsaw, rotary file, and finally sanding drum, plus a few more test-fit iterations, I had myself a nice homemade bracket: 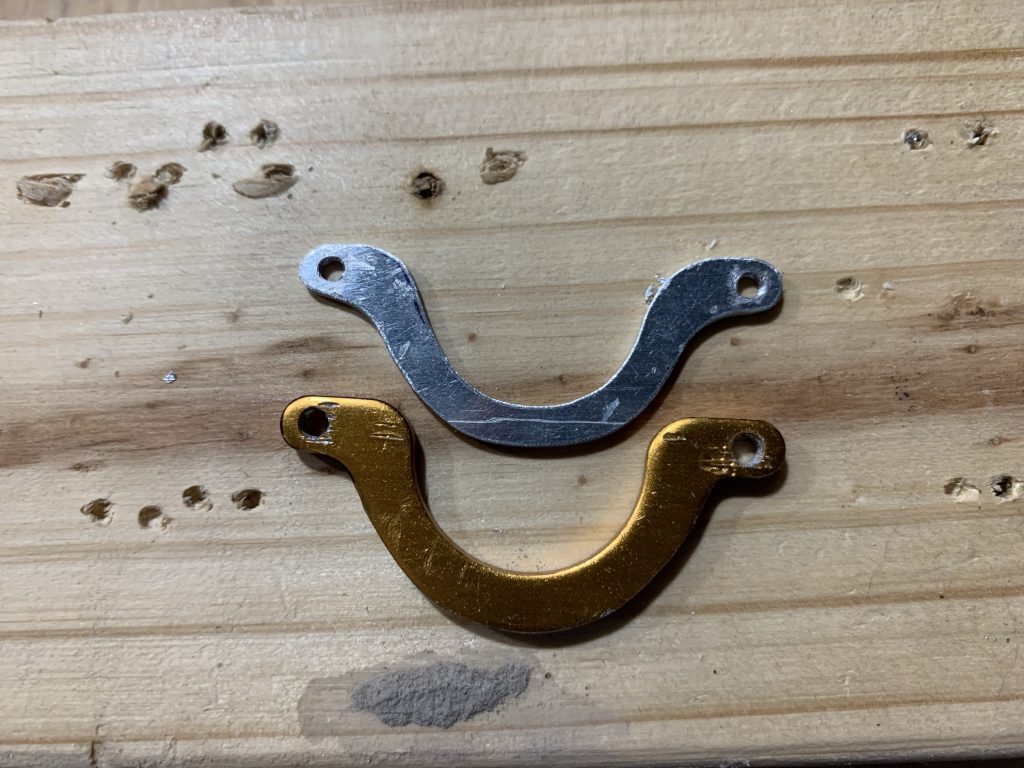 I gave the mating side a good 40-grit rough-up to promote adhesion, then stuck it in place with some good old JB Weld. It’s held in place with the two screws and a cleco clamp to make sure the middle part was snug. Once all this sets up (ie probably about the time I finish typing this), I’m going to goop on some more epoxy from the inside of the pad just to make sure this is stuck on well. I went sorta light with the first gluing just to make sure I didn’t epoxy the screws in place. 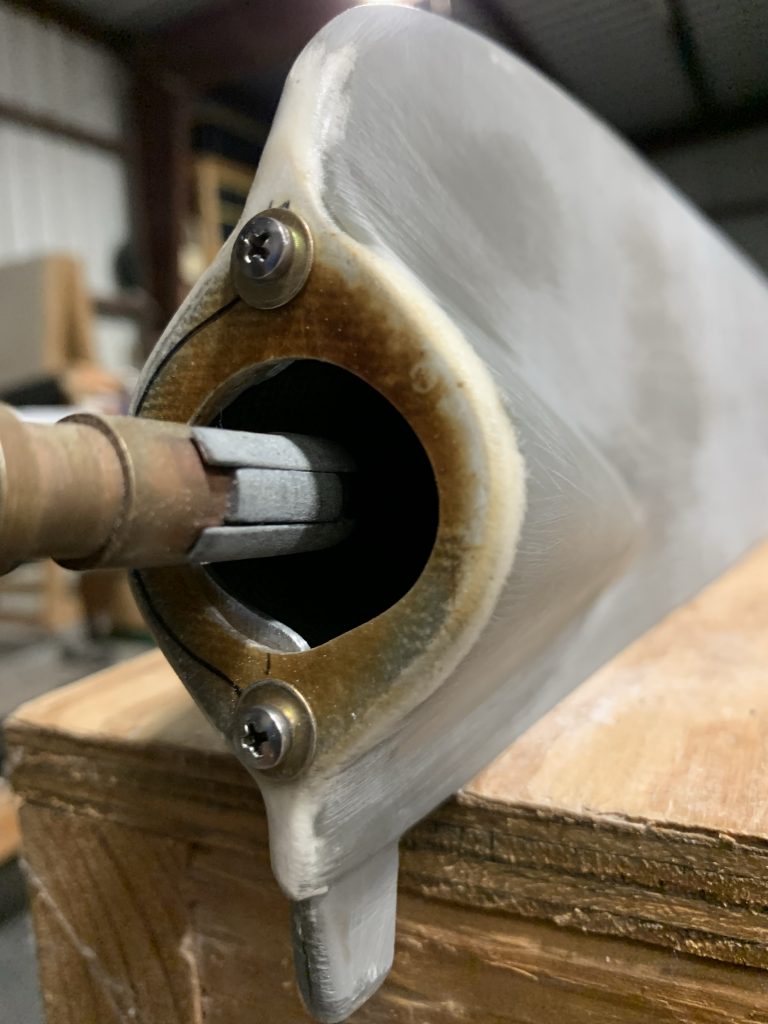 Next up, working on adding that bulkhead to the leading edge, plus maybe spotting and drilling attach holes.