Not a lot to look at tonight – I just did the prep/modification work on the rear seat shoulder harness anchors. Last time I mentioned the idea of using shims between the anchors and the skin in lieu of filing a relief for the bulkhead flange, and…I decided not to do that. When considering the shim idea, I had a sort of vague thought that what I was considering might weaken the joint’s shear strength, but I couldn’t quite put it into words. As I figured might happen, someone on VAF set me straight.

Basically, simply adding the shim into the joint would result in it effectively “floating” between the anchor and the skin. Obviously this wouldn’t involve lots of movement, but in a case where the harness was put to the test, the shim could allow for a tiny bit of relative movement between the anchor and skin, thus allowing the rivet to stretch and/or bend a bit, instead of acting in pure shear.

There’s no telling how much this might compromise the joint – it might be tiny for all I know – but in the end, I don’t think it’s worth it to go off-plans here. So today after work, I got to filing. To make things easier, I clamped a 2×4 block in the vise and match-drilled a few holes using an anchor as a guide, which let me cleco the anchor in place while I worked on it. Next, a block of 1×4 scrap wood, clamped in place against the closest flecks, acted as a guide for the filing. All I had to do was keep the side of the file along the block as I worked, to get a fairly straight cut: 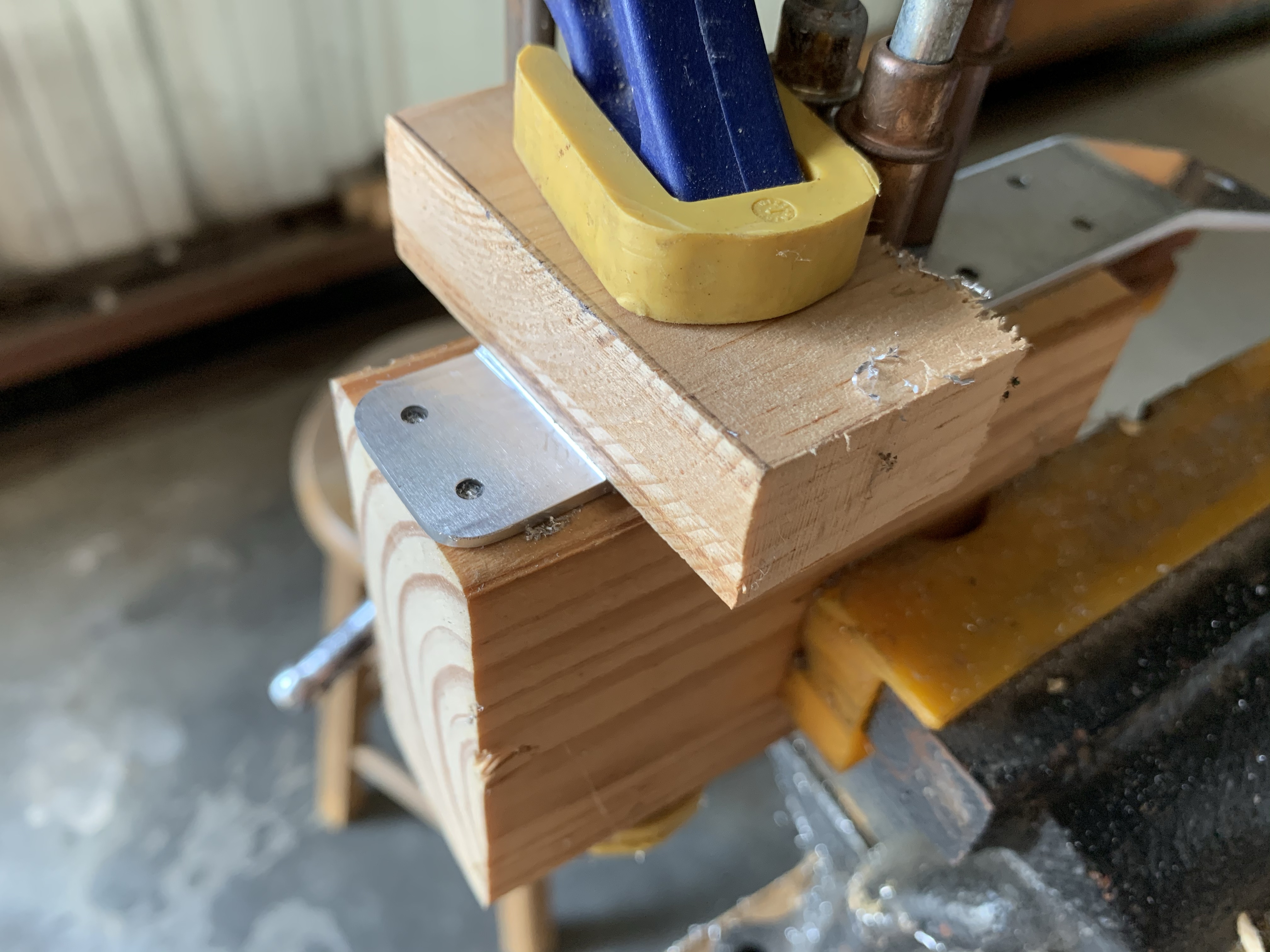 After a fair amount of trial and error, the relief was looking good. However, I didn’t want to leave the sharp edge left by the file and block, so I next went to the bench grinder and removed material to make the transition more of a bevel: 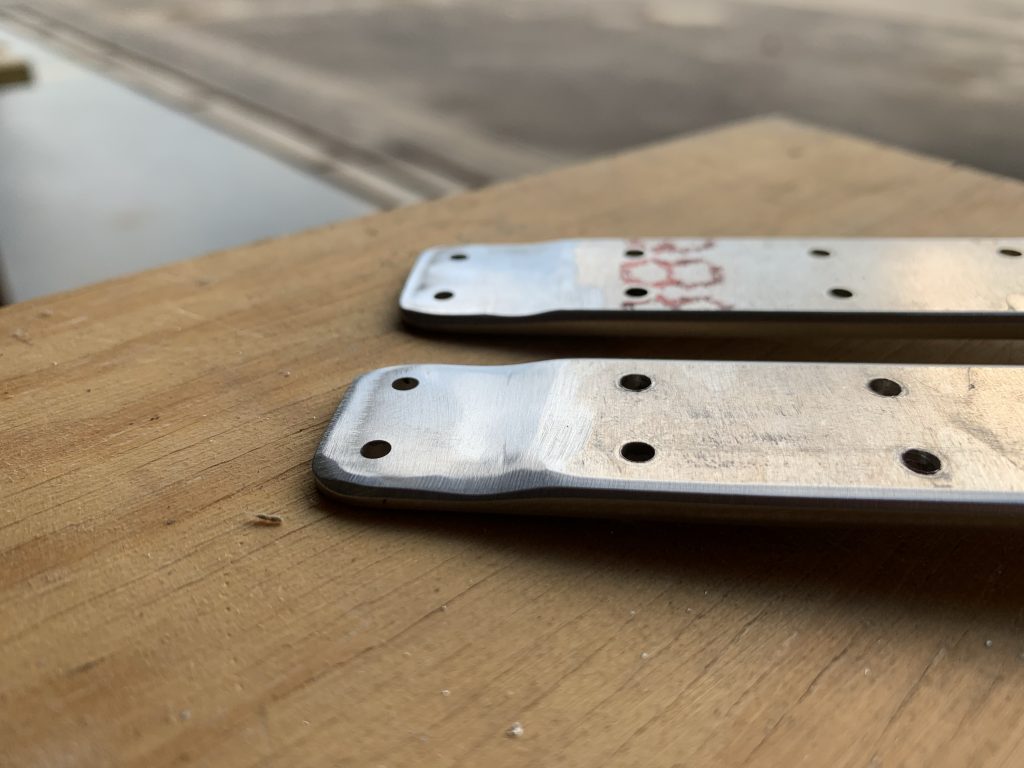 And finally, I did some fairly aggressive radiating of the long edges that will sit against the skin. The reasoning here is that these flat pieces will be attaching to a curved skin; I expect the radius should help these more easily fit snugly against the skin: 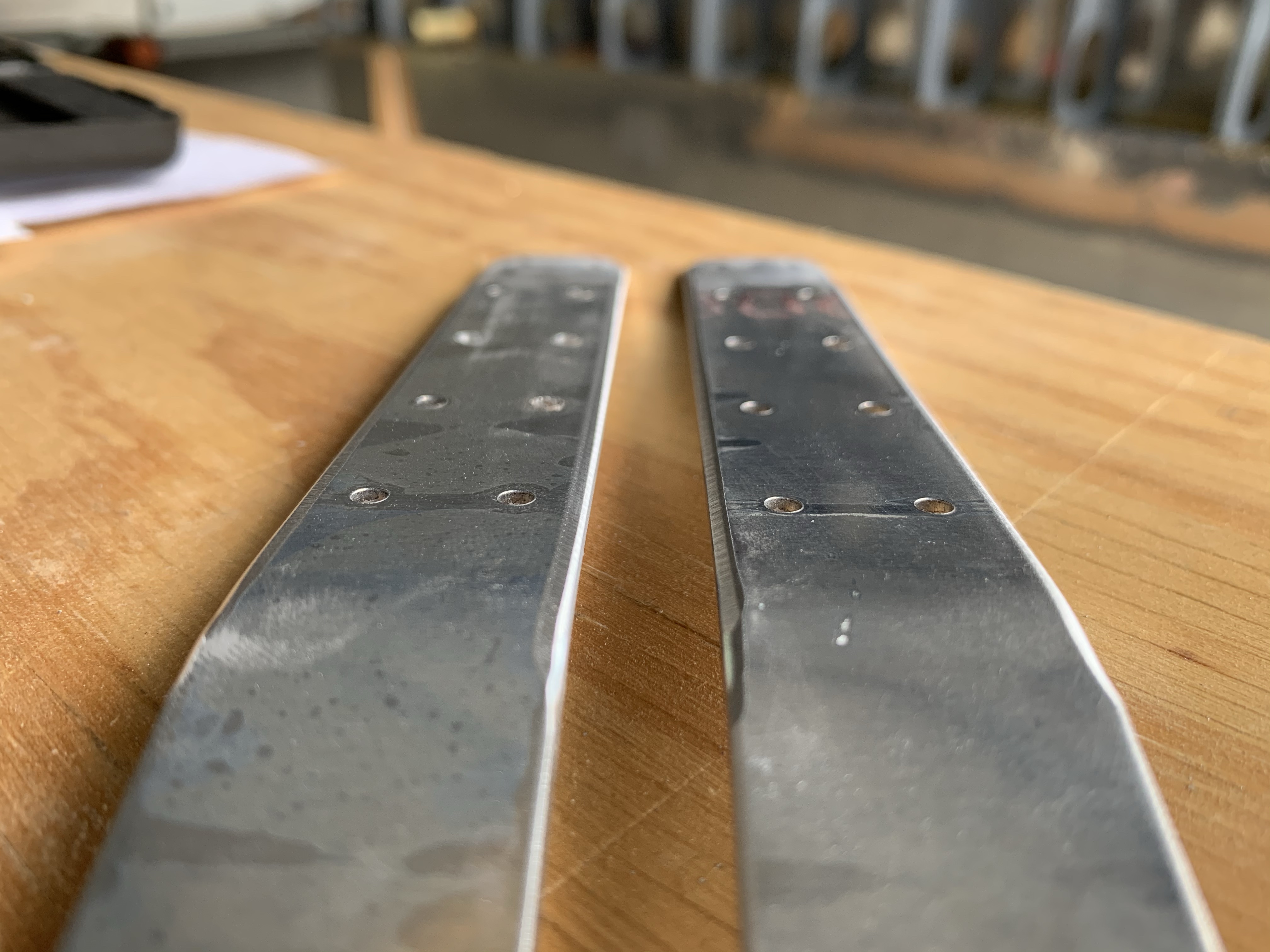 After this, it was time to go get the grass mowed, followed by dinner. I guess next up I get to cleco the skin in place and do a bunch of match-drilling…