As alluded to yesterday, today was all about doing the fitting work for the control stick pivot bushings. The nature of these joints is that the bronze bushing, when its pivot bolt is torqued, will be held in place between the “ears” of the control column. The control stick, in turn, will rotate around the bushing. With this in mind, it’s necessary to work down the ends of the bushings, getting them to the proper length to be trapped between the ears, as well as adding a slight angle to match the slight taper of the column ears.

I approached this task essentially in two phases. The bushings were a good 1/8” or so too long, so I started by removing material from the ends to shorten them to roughly the correct length, prior to working on the angle. To do this, I used my calipers to get a rough idea of the width between the ears at the widest point of contact, then used that to mark the bushing. Then I simply chucked the bushing into my drill, and clamped the drill into the vise to make a poor man’s lathe. I just used a vixen file against the spinning bushing to gradually remove material while retaining the square end profile: 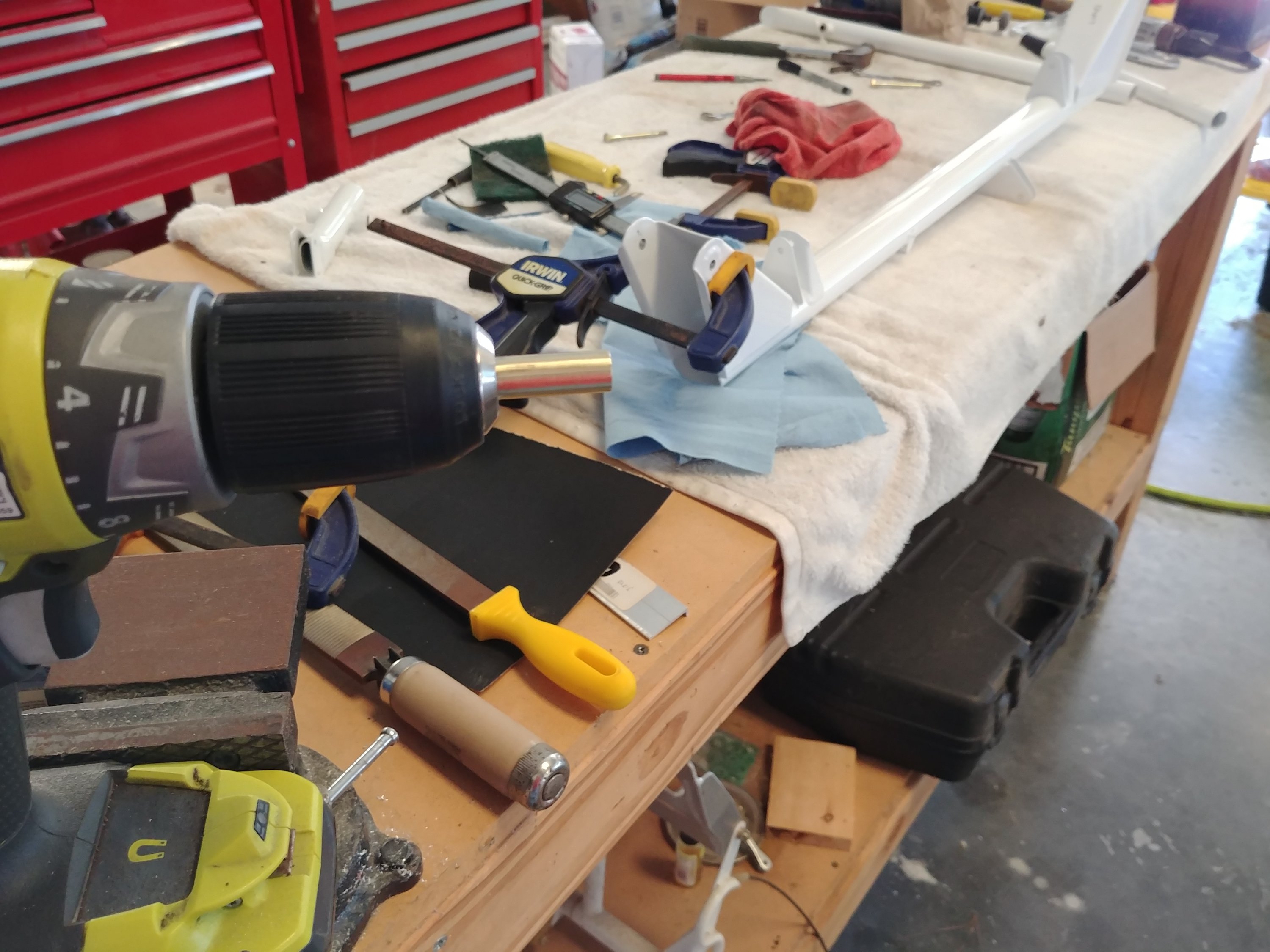 Once the overall bushing length was about right – which is to say, I could slip it between the ears about 1/8” short of the pivot hole – I got to work on adding the angle. To do this, I put sharpie marks on one side of the bushing, at each end – these were to mark what would become the “high” point of the angle, that is, the widest point. Then I simply used a plain file to very gradually work an angle to each end of the bushing. This was just a trial-and-error process – tweak the angles a bit, do a test-fit, tweak them a bit more, over and over again.

Pretty soon – on a geological time scale, at least – I had a nice snug fit at both ends: 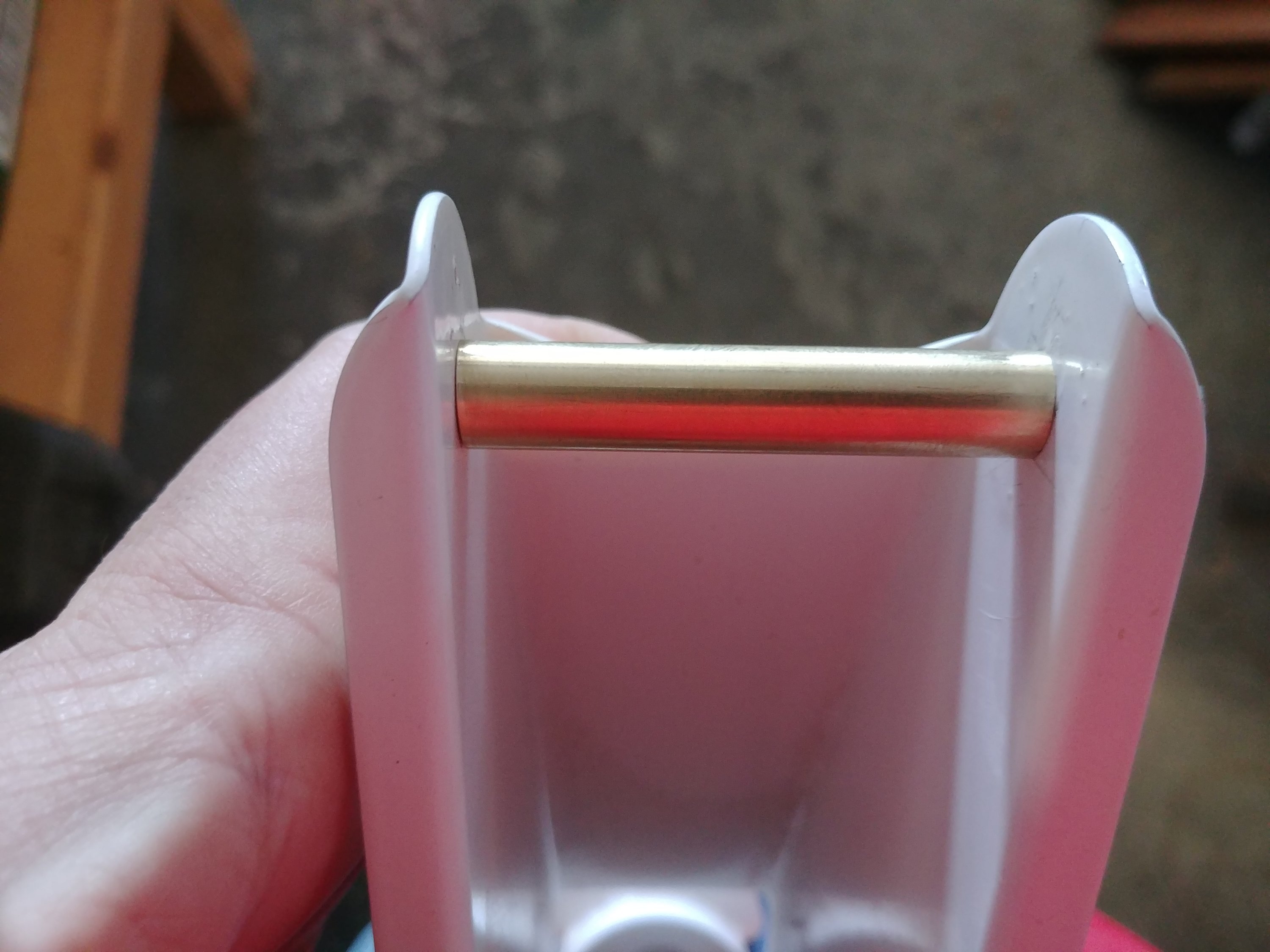 But this is only half the work for this particular pivot point. The next bit that needs attention is the sleeve on the control stick itself, in which the bushing rotates. This sleeve also needs to have material gradually removed, so that it’s slightly shorter than the shortest length dimension of the bushing. Since the stick rotates around the bushing, these ends need a hair of clearance to the column ears – but not too much, in which case the stick will be able to slide back and forth on the bushing.

This actually took more time than the bushing itself, partially because unlike the soft bronze of the bushing, the stick is steel. Additionally, each time I removed a bit of material, it raised a slight burr inside the sleeve, along with depositing removed material inside the sleeve. Both of these wanted to make the bushings bind, so each instance of removing material meant deburring the end of the sleeve and cleaning out the sleeve with a rolled-up paper towel. Oh, and the only way to really test the fit was to insert the bushing, orient it correctly in the column, insert the pivot bolt, torque it down, and see if the stick moved freely.

And then I repeated all of these steps again for the front stick.

Next up was drilling the hole that will allow for the rear stick to be removed. Nothing too crazy here, just laying out the hole points on opposite sides of the stick base, and drilling #12 on the drill press in assembly with the stick itself: 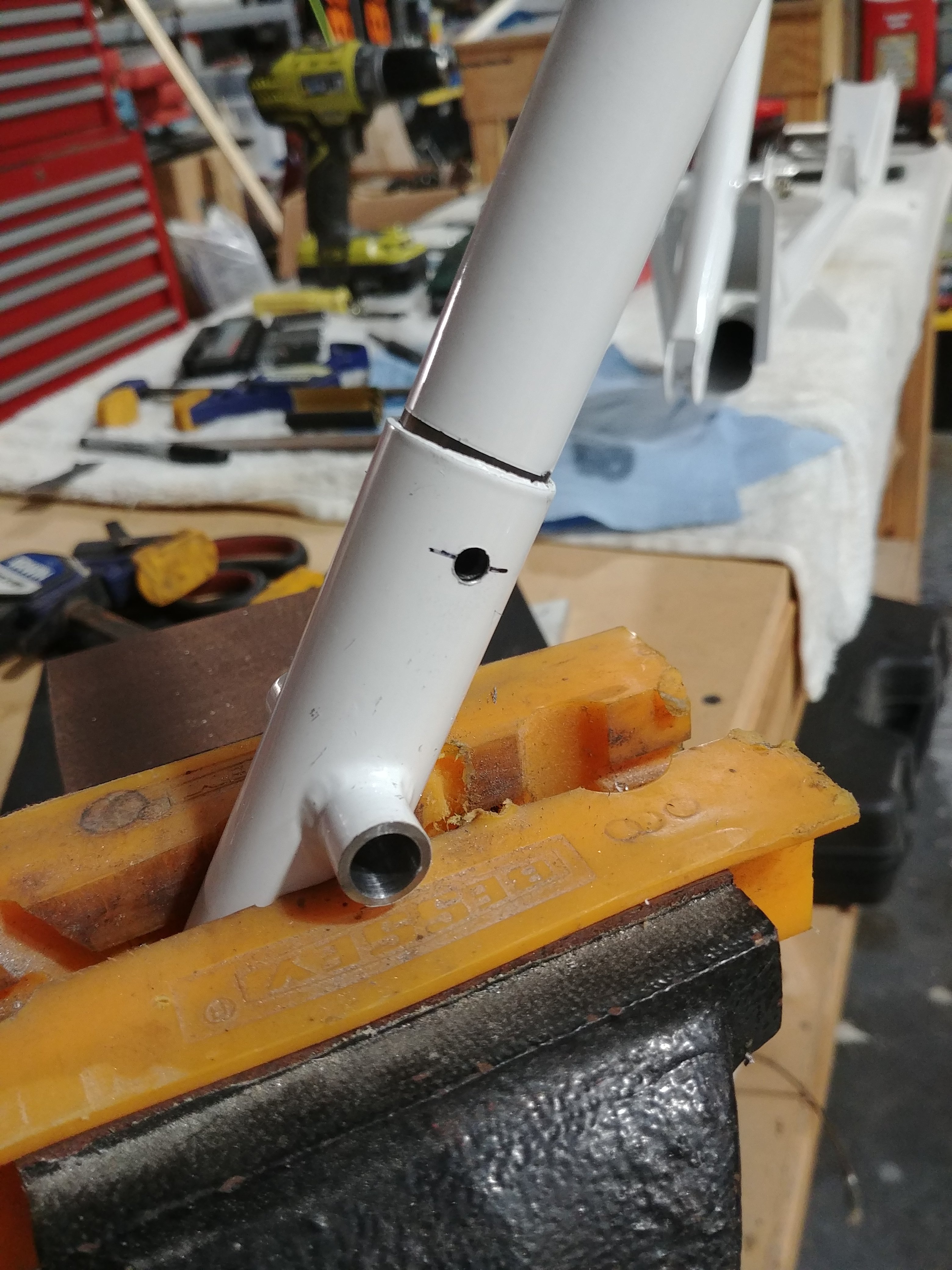 And then comes the real fun! Both sticks get bolted in place on the column, and the interconnect pushrod is threaded through the column and attached to both sticks. The length of this rod was previously set based on the plans callout, but now that can be fine-tuned; the goal is to get both sticks parallel. I started to try to figure out a way to use a tape measure to do this, before realizing this was a perfect job for the digital level – just move the forward stick to the limits of its travel, get its angle from level, then compare that to the angle of the rear. They were pretty close – only off by half a degree, So of course, I adjusted the rod ends to make that better, because filing those bushings really put me in a mood for precision. So now I have the sticks within a tenth of a degree of parallel.

And of course I had to take a photo of the assembly: 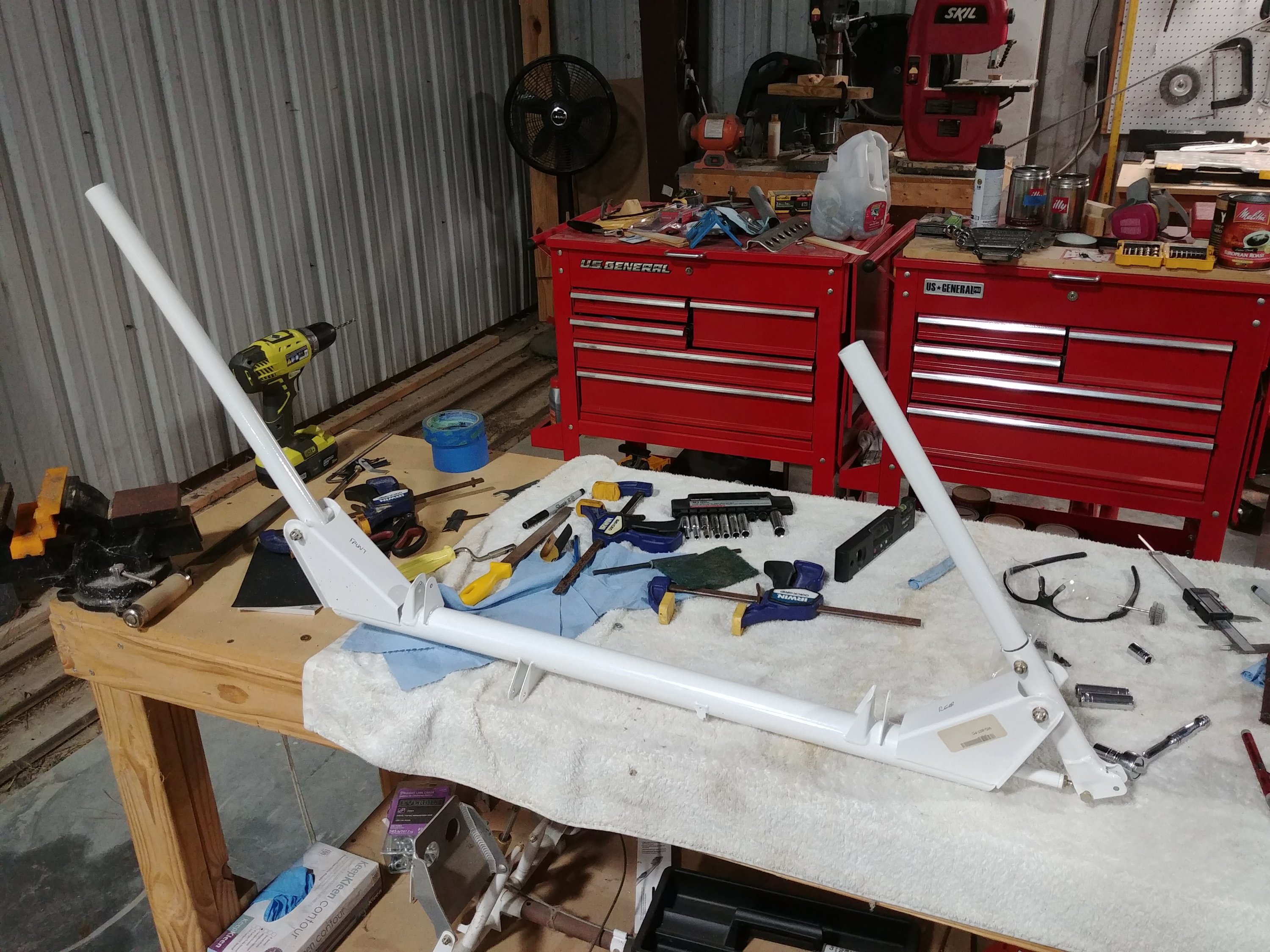 So that was a good solid work day. Looks like the next task will be hanging this assembly in the fuselage, and then presumably connecting it to the elevators themselves. Which probably means that I’ll have no choice to sit in the fuselage and make airplane noises…