So technically, this work session tool place over two days. I started working on this stuff last night and got about half an hour in before a certain dog decided to eat a large piece of rope and we had to take him to the vet. Fun times…

Anyway, to start with I got the filler piece riveted to the throttle cover plate, now that the primer had had time to cure. The double-flush rivet idea worked pretty well; the shop heads sit just slightly proud of the surface, but not enough to make things look bad.

Next up was making another filler piece to go between the inboard edge of the throttle and the mount. To get things lined up for the pushrod to the rear throttle, I’d used two washers to space the throttle slightly outboard, which works out to 1/8” of spacing. Which just happened to be the thickness of the raw stock I bought for the filler, so I cut another narrow piece to use as this second spacer. Clamped it to the mount, drilled the two bolt holes, nothing to it.

This was followed by just a bunch of test-fitting with various parts of the throttle assembly. I ended up having to trim that filler strip a bit, as it interfered with the cover plate. But eventually it all came together. Now that unsightly gap is gone (though there’s still a slight gap on the outboard edge, but such is life): 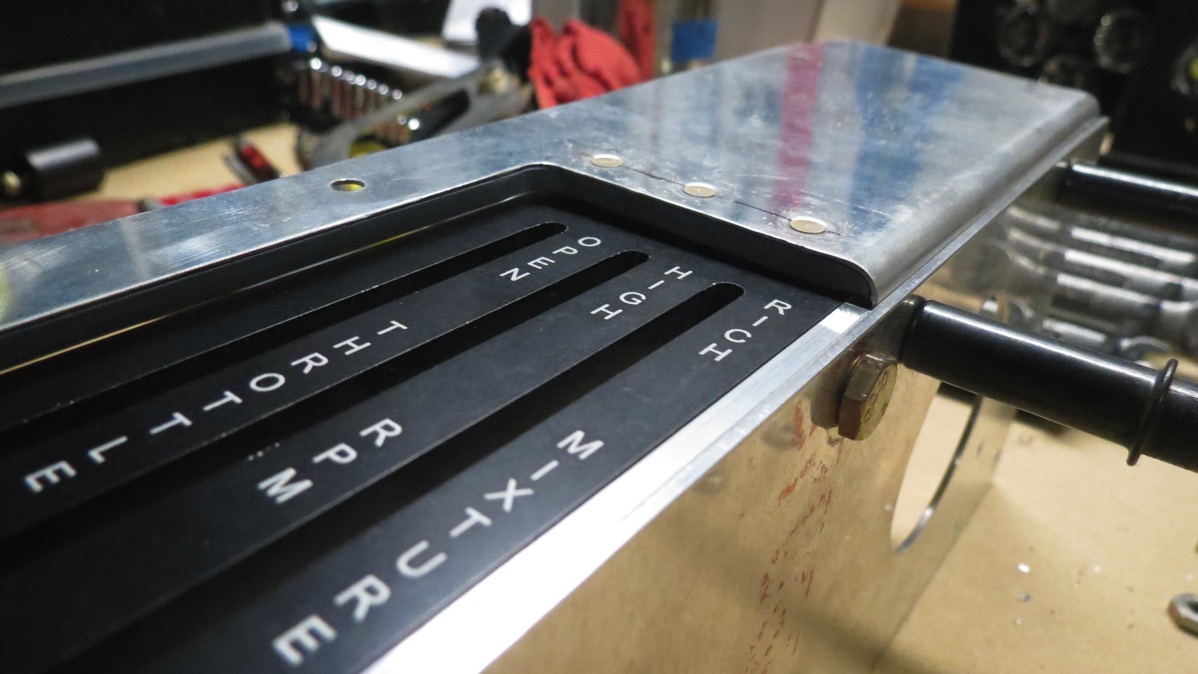 And here’s the whole assembly clecoed into place in the fuselage: 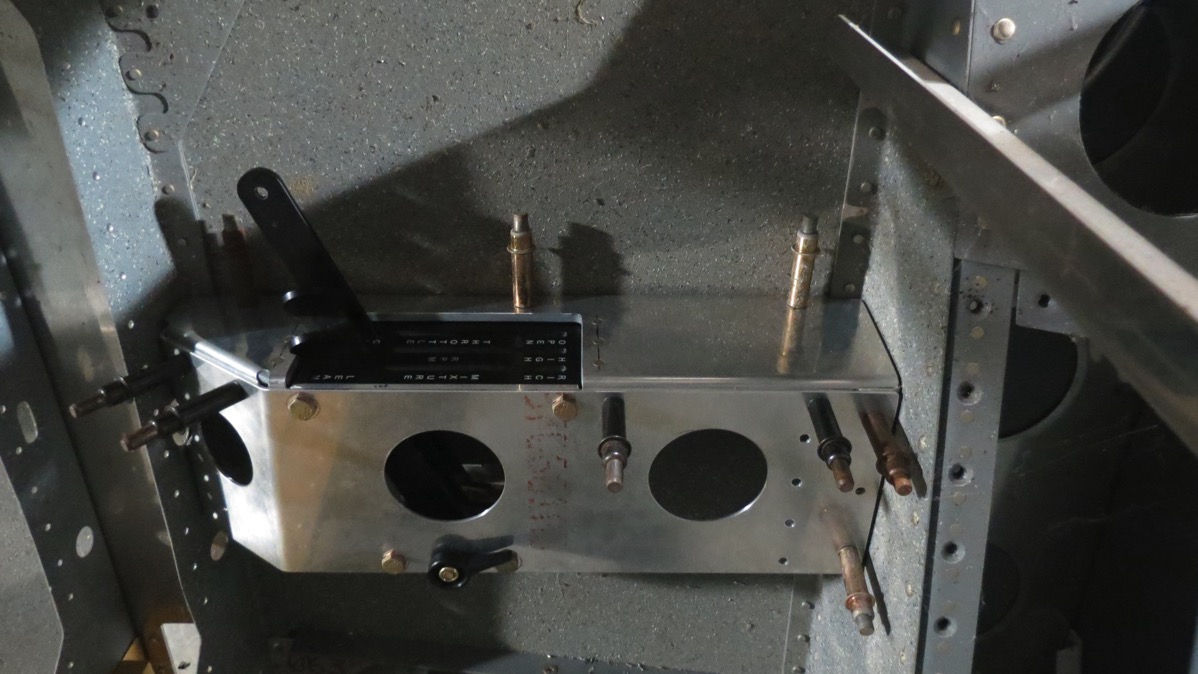 I still haven’t put the handles back on the throttle because I’m not quite done with it yet. Adding the spacers to move it outboard means that I need longer bolts to go through the assembly. I had the right bolts on hand for the four mounting bolts (the heads of these are visible in the photo above), but there’s a fifth bolt that acts as the pivot point for the levers, and on its inboard side the friction adjustment lever attaches. I don’t have the right length bolt replace that one, so the friction thing can’t work right just yet.

I may go ahead and order that bolt from Spruce, along with some other stuff. One useful tip I saw from a guy on VAF was to keep a running list of more expensive build items that will be needed eventually. Then, if some small part (like an individual bolt) is needed, I can just add the expensive part to the order and get free shipping. Otherwise, it’s just dumb to order a $1 bolt and pay like $5 for shipping. Though for the moment I’ll probably just add the bolt to my running shopping list. While I do want to get the throttle finished up, it’s not really super urgent or anything.

Oh, and I finished up this evening’s work by doing the simple task that sent me on this whole throttle-modification odyssey: I riveted the four nutplates onto the throttle cover plate. At this point I’m done with this section of the construction manual, but I need to go back and look at the stuff I skipped earlier, with the rear floors and stuff. I also still have some riveting on the bottom of the fuselage to do, which will require a second set of hands.