Alright, so once again it’s been a couple weeks. You see, a few weekends ago the clutch in Josie’s car gave up the ghost…so of course I said I’d fix it to save her the $1000 mechanic trip…and of course like any good DIY job it stretched out, and out, and out…but hey, the car finally became drivable again as of yesterday.

All that said, the past few weeks haven’t been totally unproductive. Being down to a one-car household got me looking at alternative commute options, which resulted in me trying out the commuter buses here in Houston and…I actually like it, and I haven’t driven to work in about three weeks now. I mention this because I’ve been spending some of my ride time doing airplane-related research. First it was reading through the manual for the VP-X electronic circuit breaker box, and at the moment I’m about 2/3 of the way through Bob Nuckoll’s AeroElectric Connection book.

In short, while this isn’t time I log as build time, the way I figure it I’m keeping my head in the project even when I’m not doing physical work.

Anyway, also a few weeks ago I ordered a kit from FlyLEDs for my wingtip nav/strobe lights (plus a tail unit). I’d been doing some research on lighting options, discovered these kits, and was extremely impressed with what I saw. It was also nice that this kit was less than half the price of the Whelen LED units I’d previously been intending to use at the wingtips. For a bit more money, I could have had Paul assemble them for me, but what’s the fun in that?

So tonight I drug the wingtips down from storage and set about the first bit of work, which is trimming the boards to fit the light coves. The boards are intentionally oversize so they can be hand-fitted and account for manufacturing variances in the wingtips.

Here’s a look at the bare boards laid in place in the wingtips: 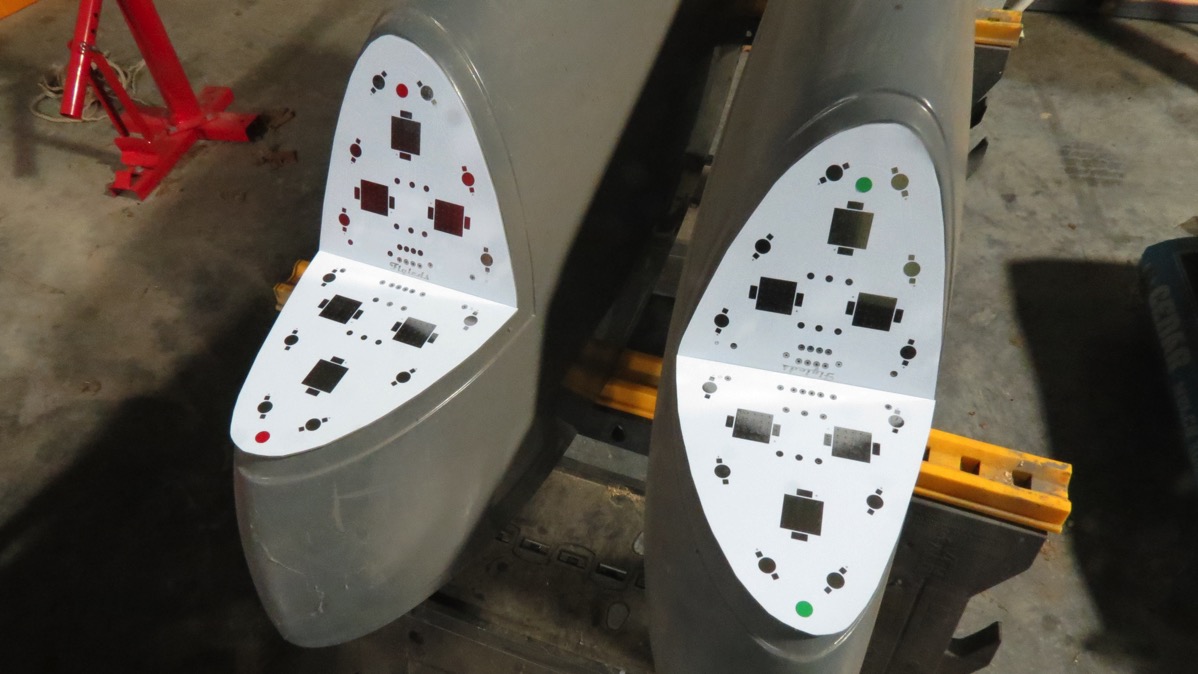 A close-up shows a little better how the board edges are slightly rough and oversize: 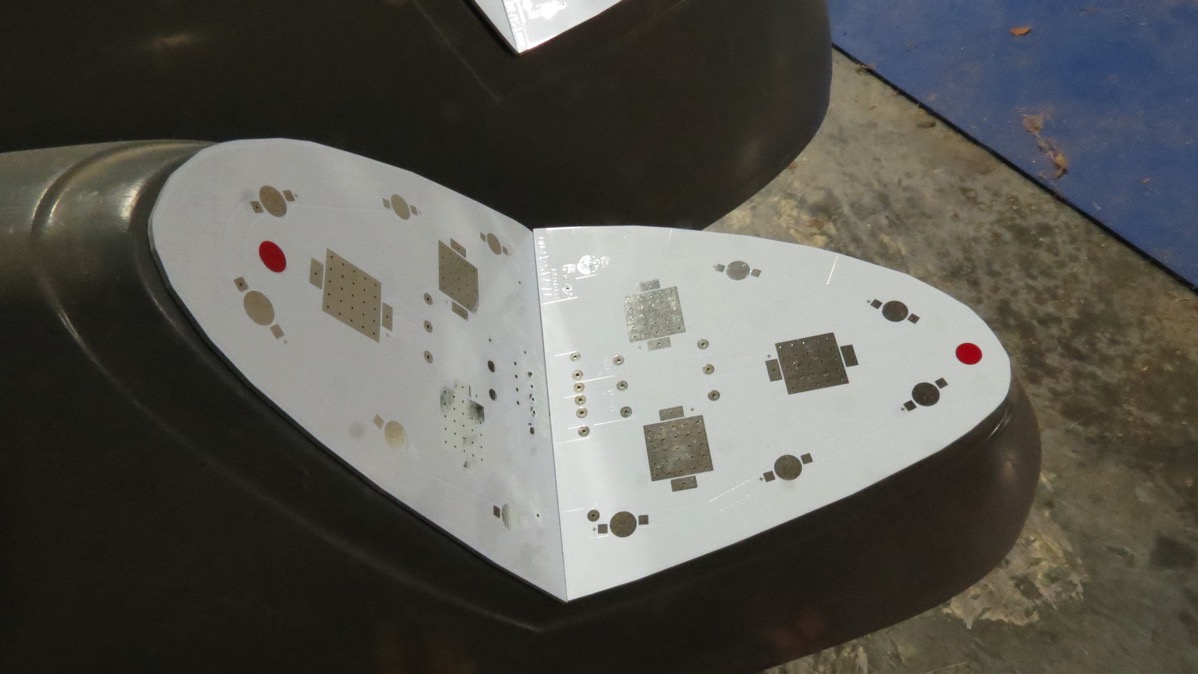 I started with the inboard, um, boards, laying them in place and tracing the outline of the cove using a sharpie. This gave me the starting trim lime: 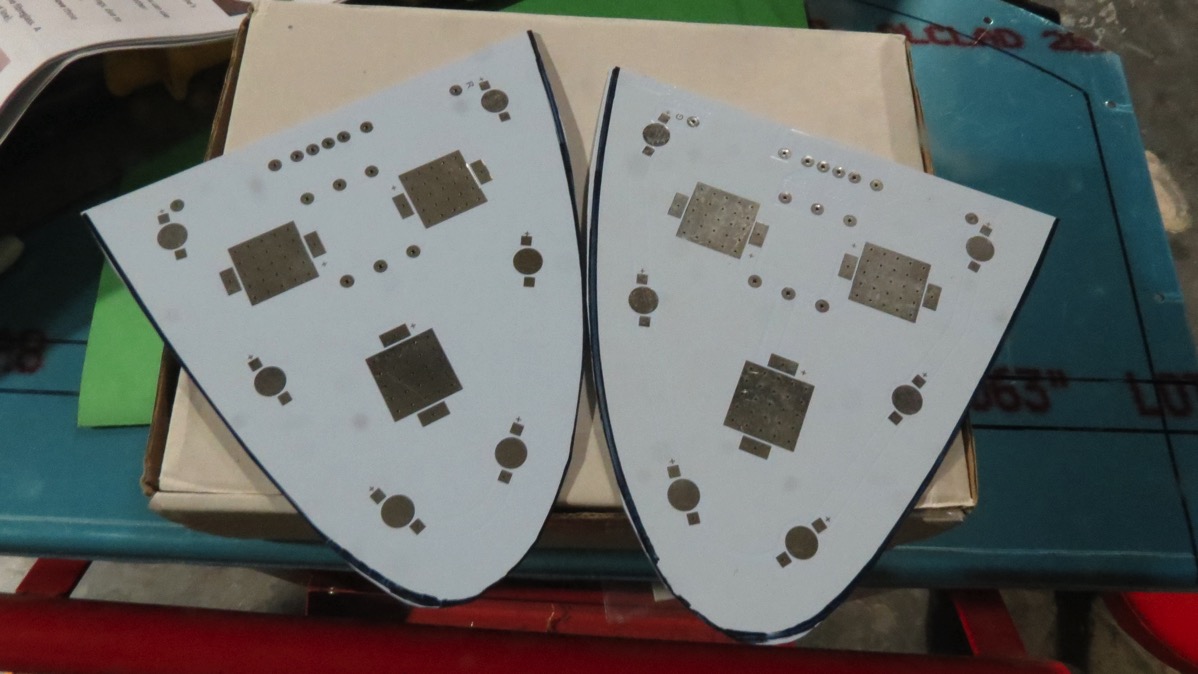 From there, I did the initial rough trim using a sanding drum in the Dremel. Rather than move the Dremel around the boards, I clamped it into the vise, making a sort of poor man’s mini bench grinder. It was much easier to carefully manipulate the board around the sanding drum this way. Once I’d done the rough trim this way, I refined and cleaned up the edge with a sanding block. There followed a bit of trial-and-error, comparing the board to the wingtip cove, until I was satisfied with the fit: 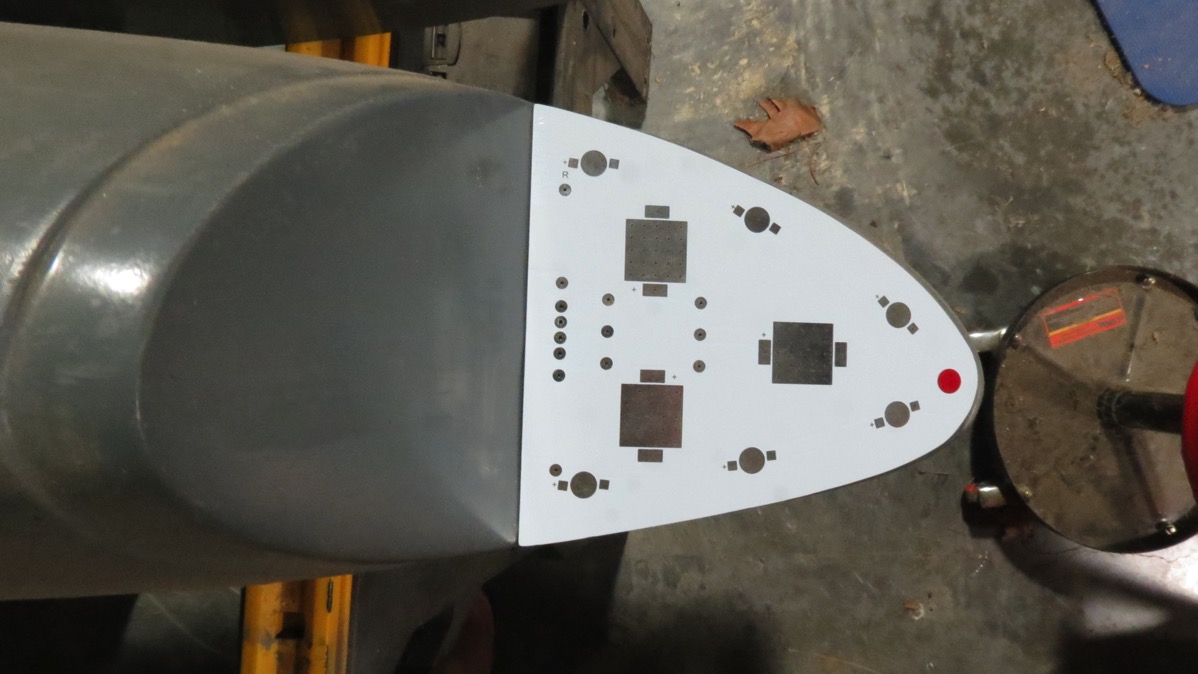 And yes, I only trimmed that one board tonight. Still got four to go. I suspect the board will still need some final trimming when it comes time to fit the plexi lens around the cove, so for the moment I’m stopping myself from obsessing too much over the fit here. And I figure trimming the three remaining boards ought to go a little faster; it’s always slow the first time you try something new, especially when that something new involves removing material from a semi-expensive component you just bought…

Edit: And now as I take a second look at this…particularly that last photo…I realize that I’ve got the lights backwards. The red lights definitely don’t go on the right wingtip. Looks like what I actually mixed up were the forward- and outboard-facing boards. The good news is that the left and right boards appear to be identical, and while the forward and outboard boards house different components, they have the same lighting complement. So I think I’m probably fine to keep going the way I’m going, and just swap the red/green LEDs to get the sides right, but I guess I’ll drop Paul an email just to be sure.

Edit again: OK, after another look, the only difference between the forward and outboard boards is that one of them houses an additional socket for the electrical connections, so the only functional effect of switching the board locations is that that socket will face aft instead of inboard. Clearly that’s no issue, so I’m not going to bother Paul after all.