Josie wasn’t feeling well tonight, so rather than do any riveting, I decided to work on some of the replacement parts I got from Van’s last week. First I separated the floor support angles and final-drilled all the holes. I also dug up the spacers which will sit on top of the angles, separated them, and clecoed them to the angles. I considered match-drilling the spacers to the angles and going ahead and riveting on the nut plates, but I decided it’d be better to do that once the fuselage is upright again, so I can ensure that everything fit together OK.

Next I worked on prepping the replacement forward gear crossmember. I cleaned up the edges, final-drilled the holes, and countersunk the required places. I’ll probably shoot primer on the crossmember Saturday. Finally, I got out the new cooling ramp and trimmed the edges. I didn’t do any match drilling on that though, because I decided it would be more fun to cleo it in place temporarily for fun.

Here’s the cooling ramp by itself under the forward floor: 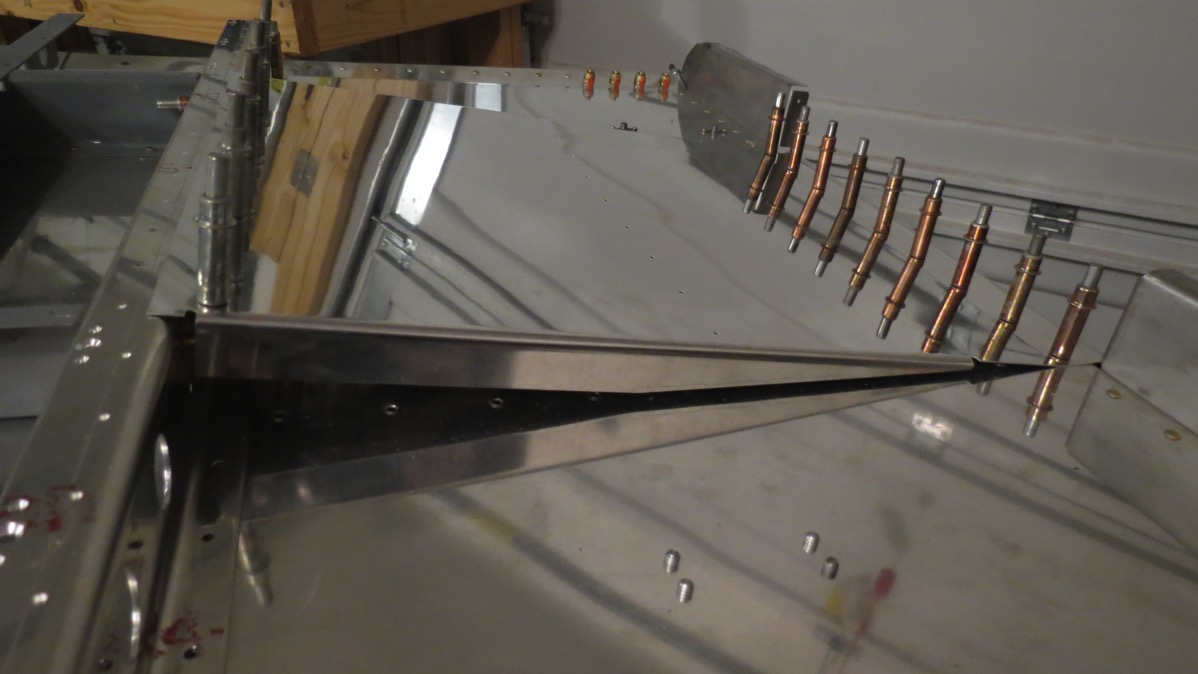 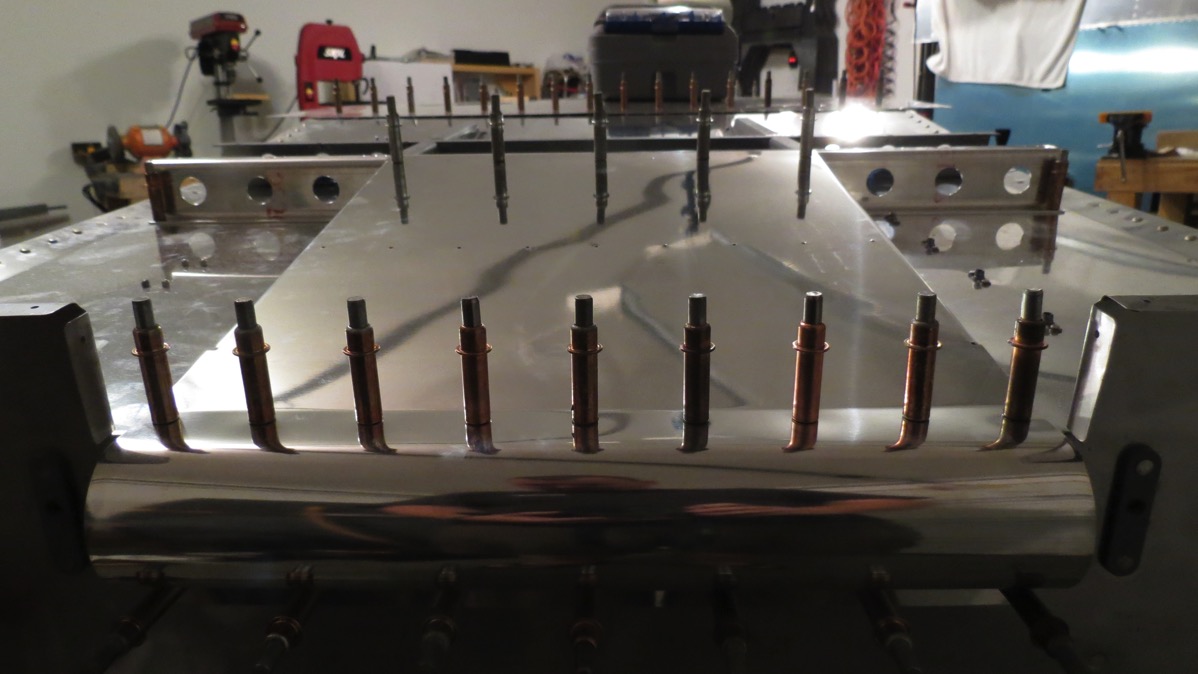 Then I clecoed the forward bottom skins in place to get the big picture: 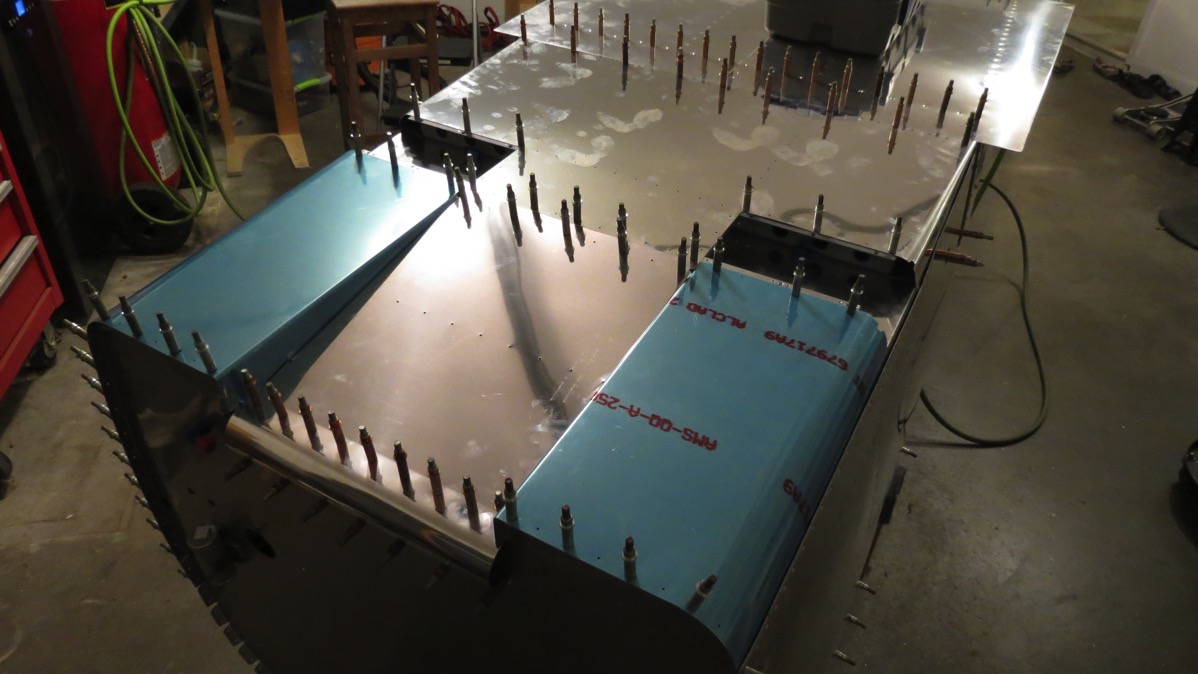 Hopefully tomorrow we can pick back up on the riveting!