Fuselage riveting, part 4 (plus some painting)

Well, I thought I’d get through the rest of the solo riveting tonight, but it didn’t quite happen. I started out working on the bulkhead just behind the rear seat, which has a double row of rivets. First off, it was kind of uncomfortable shooting those due to lots of bending over and so forth, and second, I botched a couple rivets and had to drill them out. One of those, I opened the hole a bit, so I got to do a good old NAS rivet instead. Once I’d finished the bulkhead, I riveted the armrest to the skin.

At that point, I could have either done more bending over and riveting, or shot some paint instead, and I chose the latter. You see, despite my best-laid plans to try and prime and paint all visible surfaces before beginning final assembly, I overlooked that bulkhead, which will be visible to the sides of the rear seat. Not a whole to be done here except to prime and paint it in place.

I couldn’t do my usual thorough scuff and prep here, so I just did the best I could. Then I masked off the floor and tailcone area to prevent overspray (not strictly necessary, but hey…I’m a bit OCD I guess): 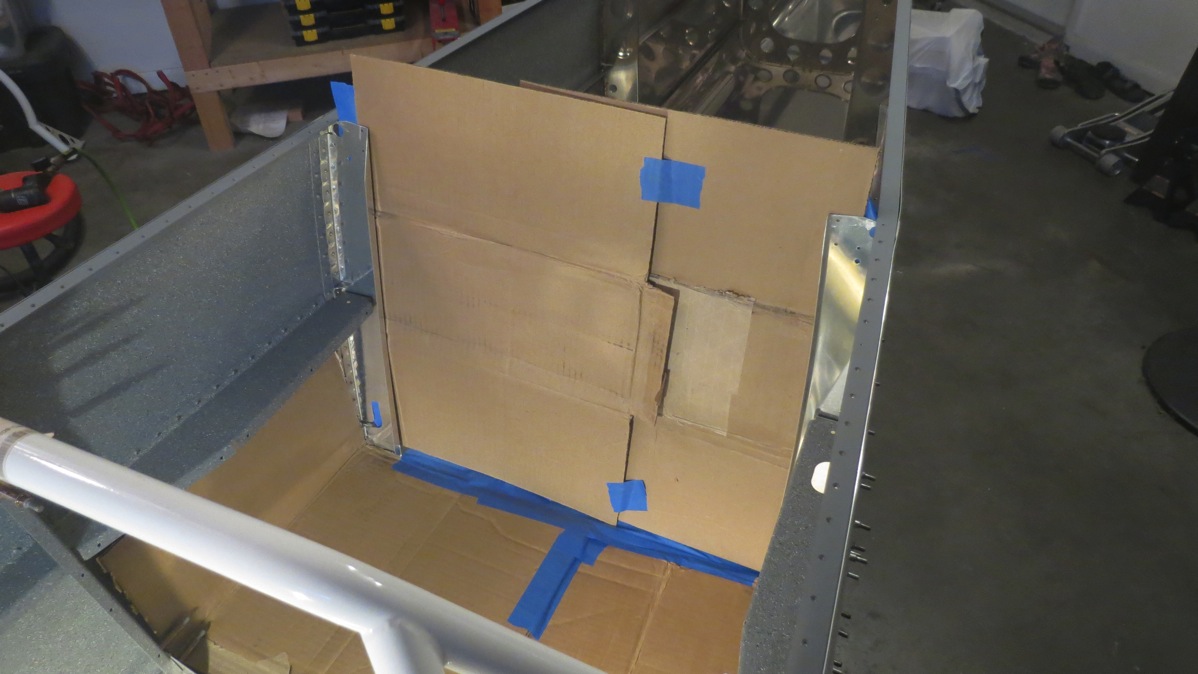 Then I shot primer before going inside for dinner, giving it about an hour to dry (it doesn’t take long in the Houston summer heat). Then I went back out and shot the topcoat. Here’s the finished product after removing all the masking: 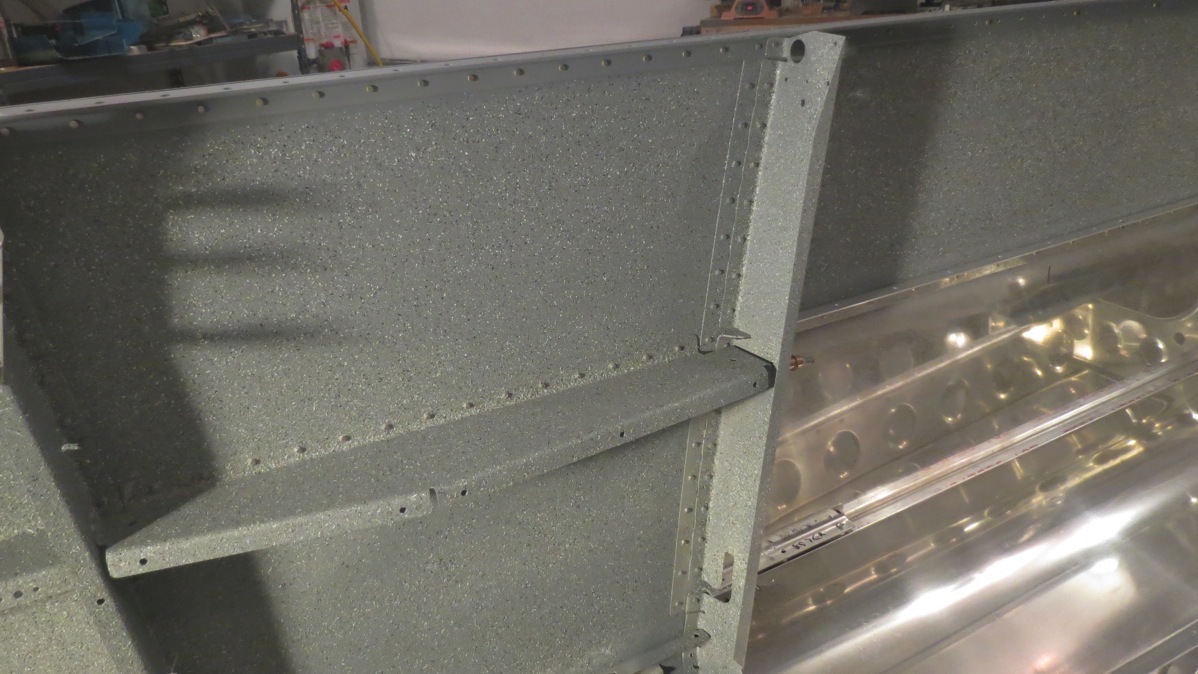 Looks good to me!