Welp, looks like I’m done bending and flaring tubing, at least for a while. Actually, I don’t think there will be any more hard lines to bend until I get around to attaching the wings and hooking up the fuel system. Today I took care of the hard brake lines, which run from a junction point under the forward baggage bulkhead out and down through the gear towers. When I did these before I discovered that I couldn’t use the bulkhead fittings like I’d wanted, and would have to reverse them. Things got even more complicated this time out. For each side of the aircraft, there’s a 90° bulkhead fitting at the junction point, and another 90° bulkhead fitting at the base of the gear tower. Except there are only two 90° fittings in this kit. Without the fittings at the base of the towers, these brake lines have to be left half done, which kind of kills my goal of finishing them while the forward side skins aren’t in the way.

Fortunately, I have to extra 90° bulkhead fittings, which I ordered to use where the lines pass through the gear towers. I also have two extra 45° fittings which would have been used for the vent lines, had I gone with the factory method. So I decided to use the 45° fittings for the gear towers passthrough, and repurpose my extra 90° fittings for the floor passthrough. With that settled, there was just a lot of bending to do. The lines inside the gear towers are pretty straightforward, but the lines from the towers to the junction are a little more complex, mainly because of how far out they have to stick due to me reversing the fittings. For both of these spots, I ended up making a first pass at a line, which ended up messed up, but worked as a prototype for the actual line. This has been a kind of common theme actually…

Anyway, here are the lines from the junction to the towers: 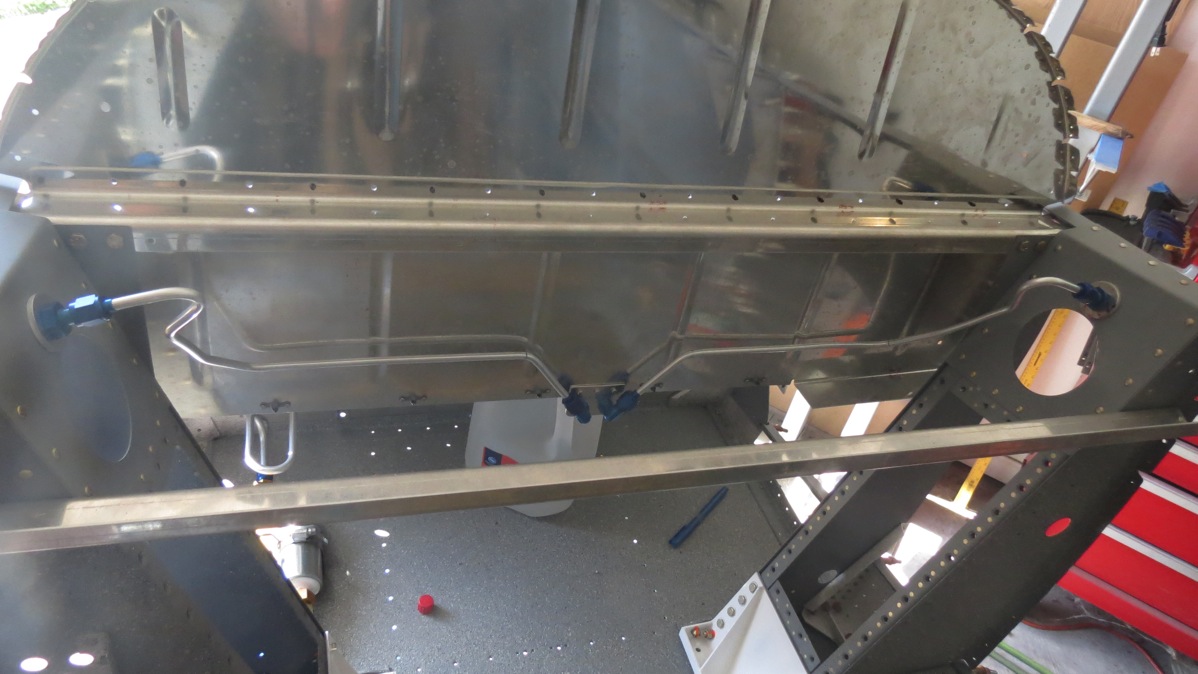 A close look at the gear tower passthrough end: 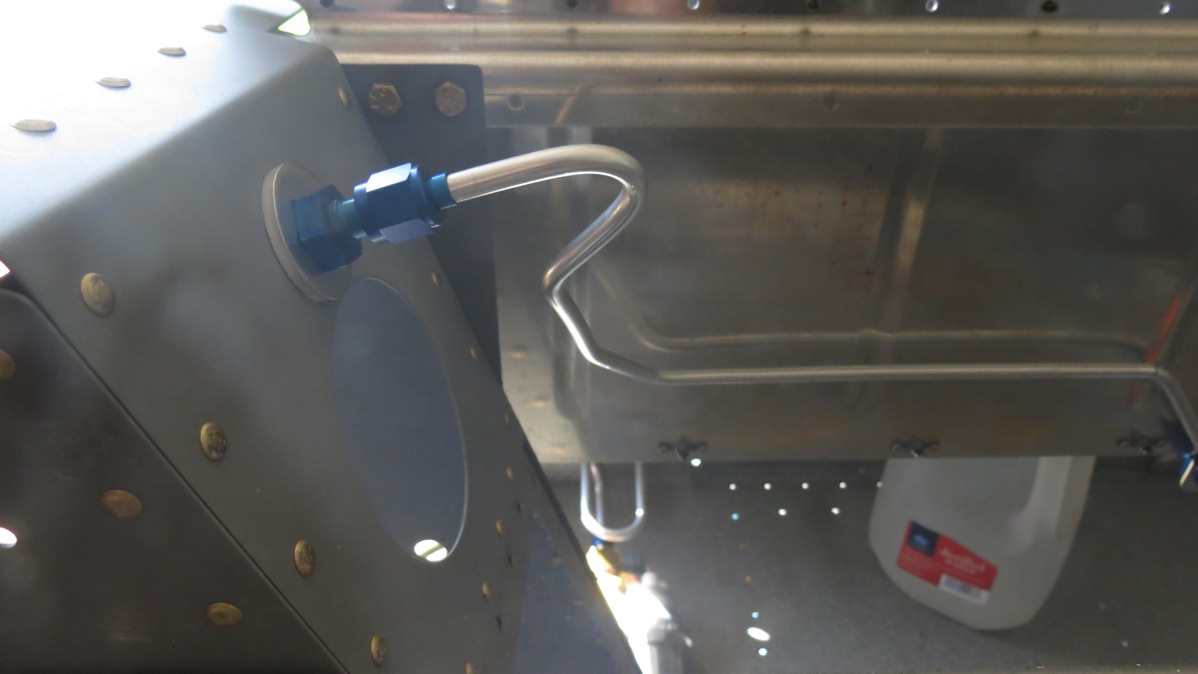 And one of the lines inside the towers: 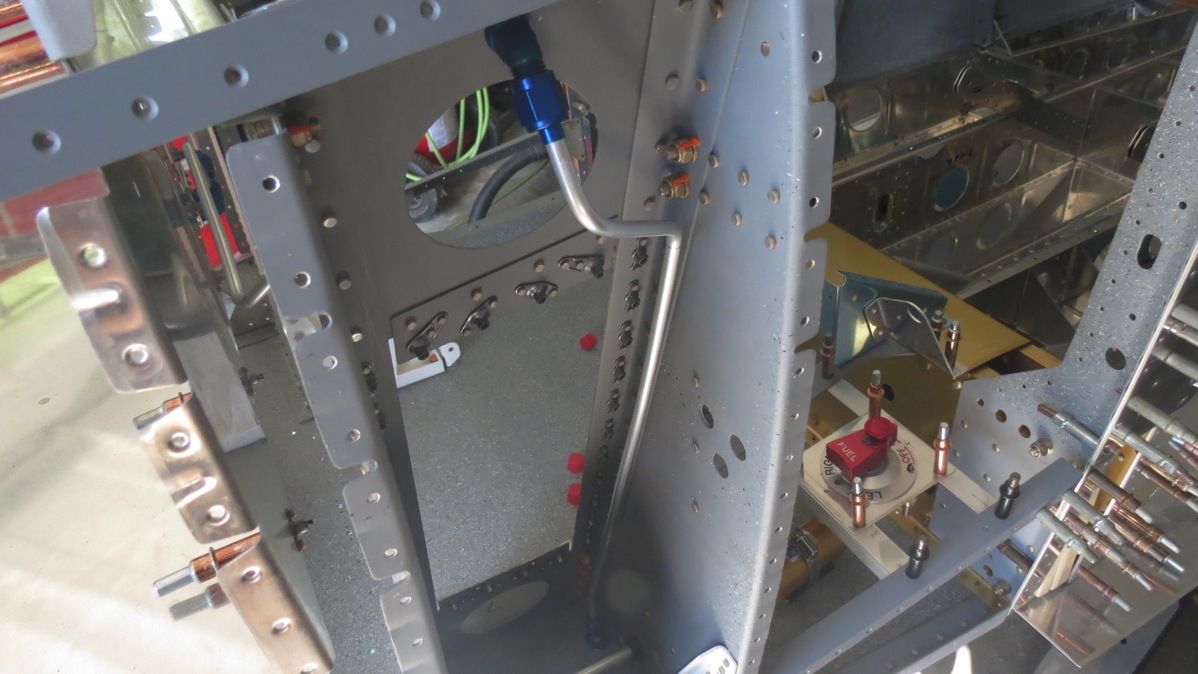 Finally, here’s the large pile of scrap leftover after all this tubing work. Not pictured is the 3’ long remains of my first attempt at the long fuel line across the fuselage: 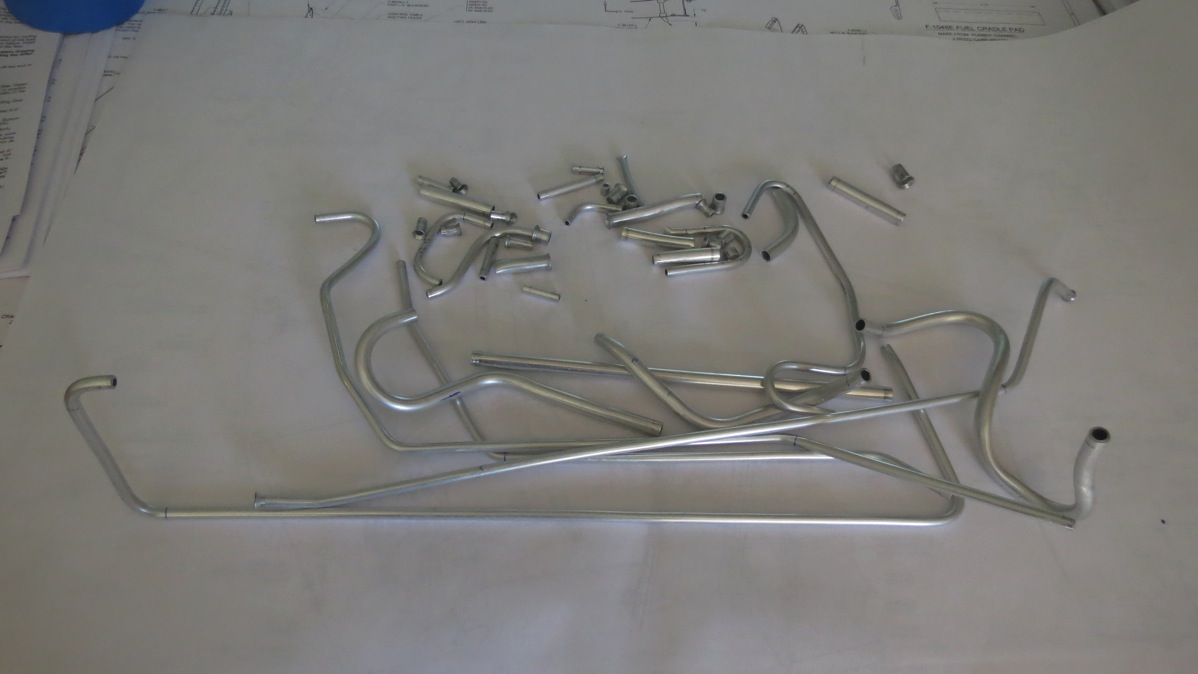 So tomorrow it’s back to the rudder pedal assemblies. I suspect those will be an all-day job (maybe more), but after that I think I’ll be done mucking with systems for now, and I can get back to putting the tailcone together.