Made a fuel line

So yeah, it’s been a while again. I went for a track day at MSR Houston a few weeks ago, and during my second Sunday run session, I had a clutch failure in the car. After looking at part prices, I decided to replace the clutch myself instead of going to a shop – which kind of occupied a lot of my time. But the car’s back up and running now, so it’s finally back to work.

After reviewing the fuel system layout and considering the various lines that needed to be made, I eventually took the cop-out route and just made the easiest one first, the line between the fuel pump and the firewall fitting. Nothing too complex, just two 180°-ish bends, but the bend planes had to be about 90° apart to get things to align properly. And of course, the first flare I made, I’d forgotten to slide the B-nut and sleeve on the line first, so I had to cut it off. Good thing I still had extra tubing on the other end to work with… 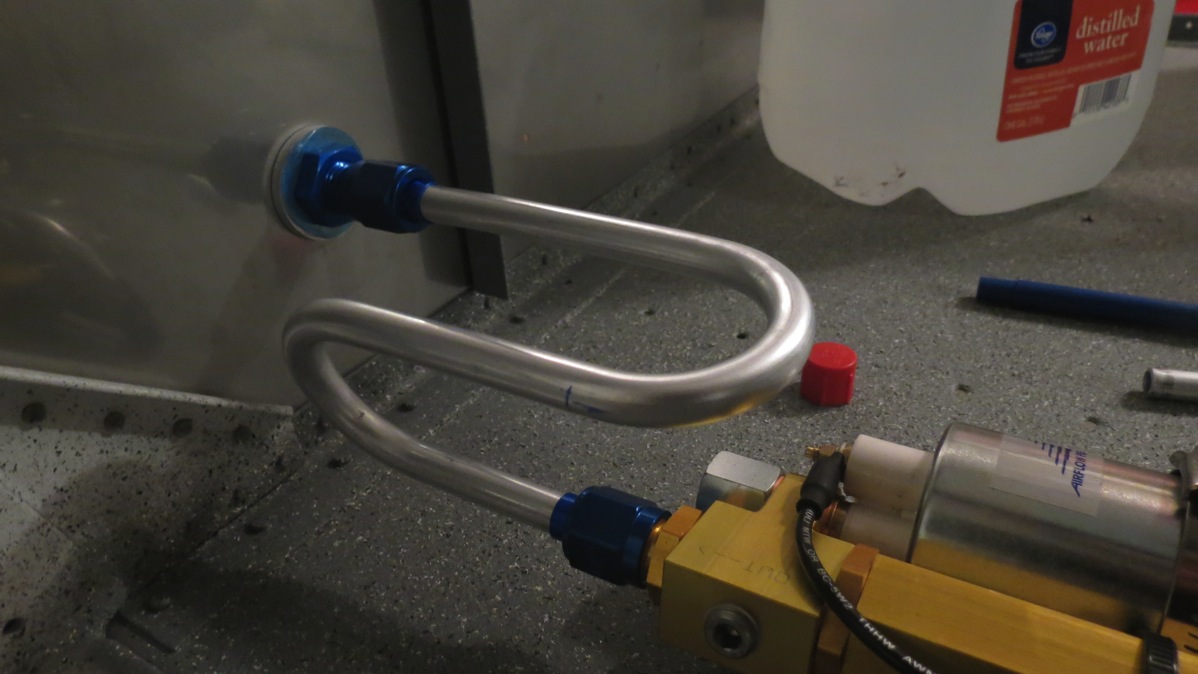 I can already see that this is going to be a somewhat tedious process. The line between the filter and pump will probably be the worst; it has to pass through the gear tower, and from the looks of things, I’ll have to flare at least one end of it in place, which should be lots of fun…I may go ahead and deal with this line next, just to get the annoying task out of the way. I also need to fab up a template to help position the lines out to the wings. The forward side skins have a passthrough hole cut in them, so I’ll reproduce that in a piece of sheet I can cleco in place.