Moved on to dimpling larger parts tonight. Before dimpling any of the skins, I rolled the overlapping edges on the forward and mid side skins, as well as the aft edge of the seat rib/floor assembly. The aft side skins and forward aft lower skin also need to be rolled, but they’re not easily accessible, and so I won’t roll them until I get them out for dimpling. I may even go so far as to hold off dimpling those pieces until I’m almost ready to assemble them; I’ll have to read forward and see how the assembly procedure goes to see if that’s viable. Mainly I’m concerned about the aft side skins; I’ve been storing them side-by side, slid behind some stuff on one wall. I figure they might be more prone to damage and scratching if I try to slide them in there after dimpling.

Anyway, next I moved on to dimpling the forward side skins. These are fairly complex; they include #6 flush screw holes, and -3 and -4 flush rivets, along with some universal-head 04 rivets. So I took care to mark all the location that weren’t getting dimpled, and for good measure I worked my way from large (screw) to small (-3 rivet) holes, just to prevent the possibility of me dimpling a hole with the wrong die. 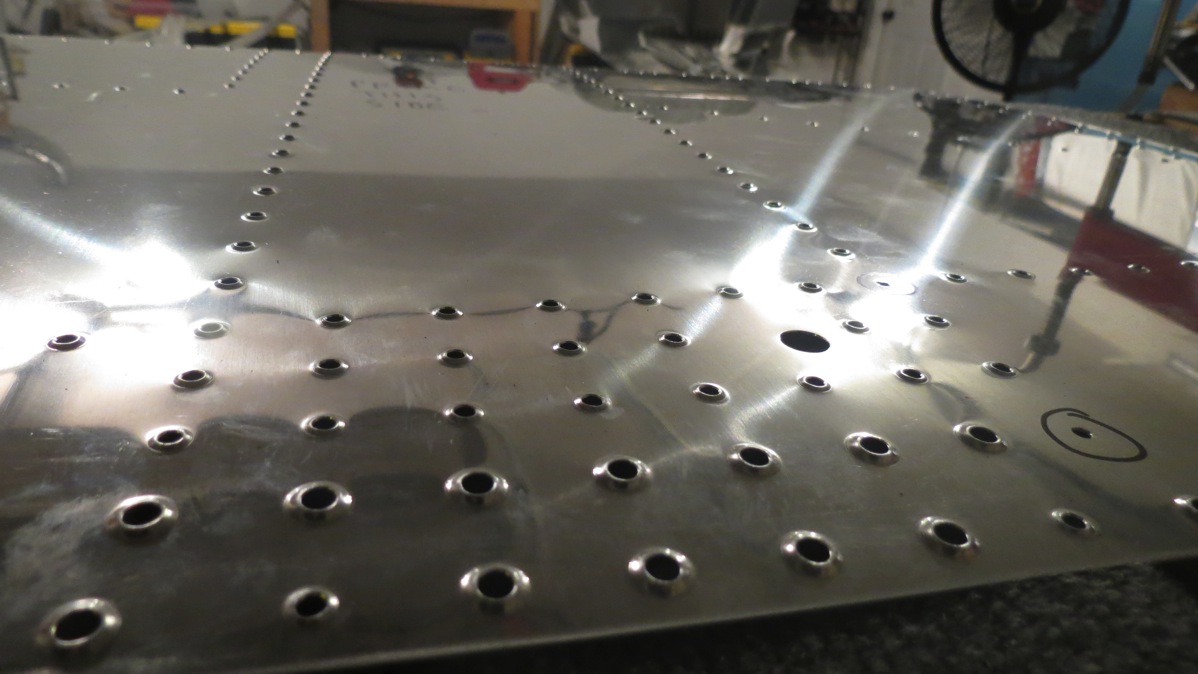 Hopefully this week I can finish dimpling and other prep tasks – one of the looming ones is to add notches in the main longerons to accommodate the vertical bars that the horizontal stab will attach to, and to trim the longerons to length. Obviously I don’t want to foul anything up there…

I’d like to be able to concentrate on priming parts this weekend so I can then move on to some final assembly work. I also need to think about ordering a fuel pump and filter assembly, so I can install those while the forward fuselage is still open and access is good.