Finally…a weekend without lots of other stuff to do. Last weekend my brother was in town and I helped him with some work on his car. The previous weekend was entirely spent doing suspension work on my car. Before that…well, I guess I was just lazy. We did actually have an afternoon engagement today, but for once I committed to doing some work before and after.

I started out with another bit of cleanup – there were still tools and other junk lying around from the car work weekends. Then I got to work deburring. The only large pieces remaining were the forward and aft side skins, the latter of which are rather large and cumbersome. I also had the two aft most bulkheads and the heavy skin that attaches to them, and the tail spring weldment. I also enlarged a hole in the bottom of the aft bottom skin; this will provide access to the tail spring attach bolt once the plane is together: 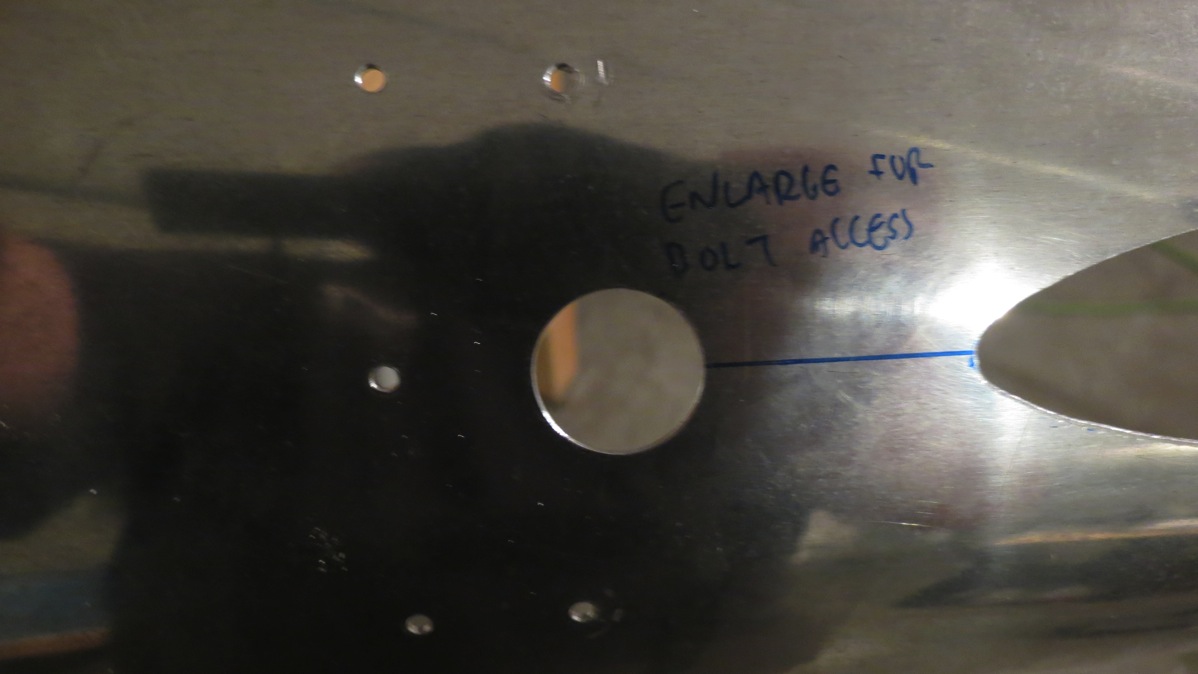 On each forward side skin, there were two tabs that needed to be removed. This is another one of those procedures that seems random to me – the instructions refer to these as “indexing tabs,” but I don’t recall using them index anything. I presume this is a leftover bit from the early RV-8 kits that weren’t prepunched or something like that. Anyway, I used a straight edge to lay out cut lines parallel to the lower edge of the skin: 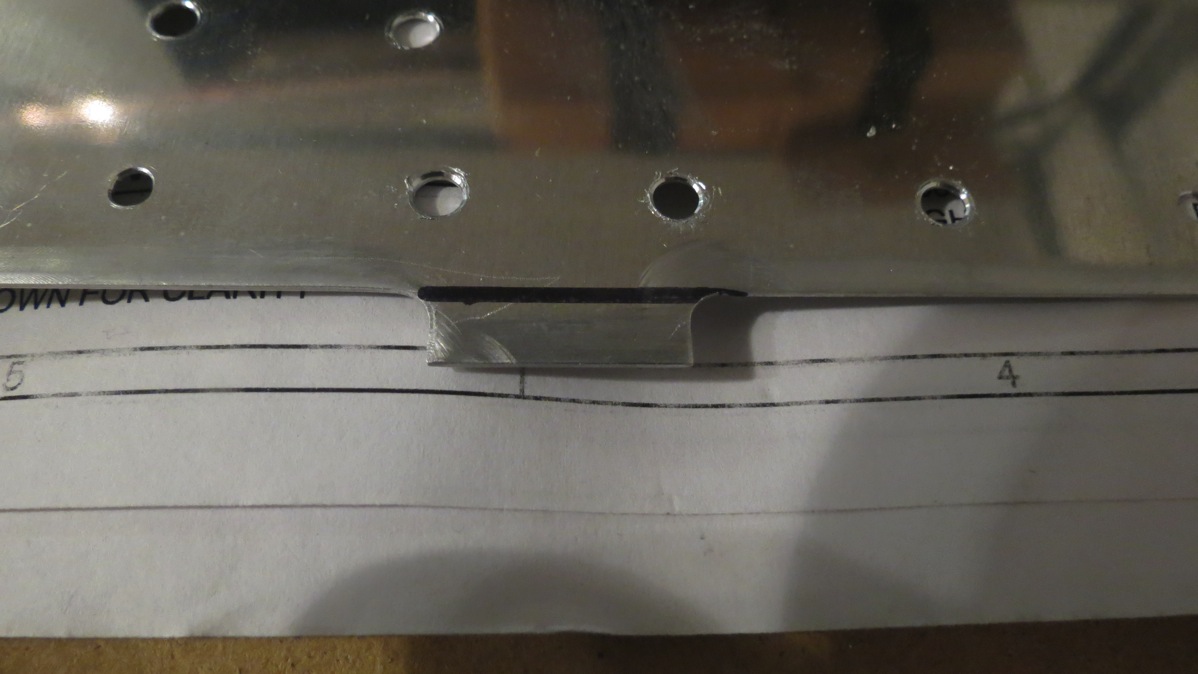 Then I made rough cuts with a cutoff wheel, and finished with a series of files: 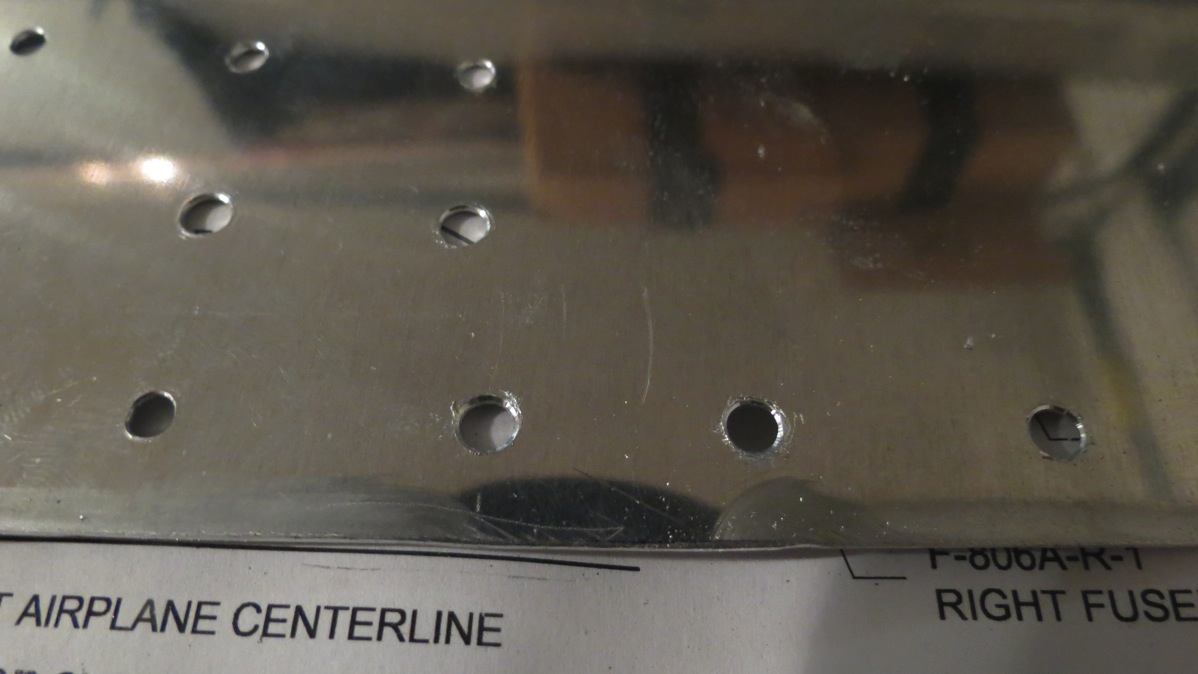 And I’m pretty sure that I now have everything deburred, a task I can jokingly say took me three months to do. Next up, I have lots of dimpling to do, as well as priming certain parts. I’m going to try and paint all the interior parts before final assembly, to avoid the obnoxiousness of trying to spray paint inside the confined space of the fuselage. We’ll see how that works, I guess…