Started out tonight by finishing up some work on the upper longeron gussets from last night. The tabs on the gussets need to be radiused a bit to clear the center section bulkhead, so I took care of that. Another issue I noted was that the spaces between the tabs weren’t quite deep enough to clear the flutes in the bulkhead flange. So I marked a line on each gusset and opened the spaces up a bit to provide proper clearance. 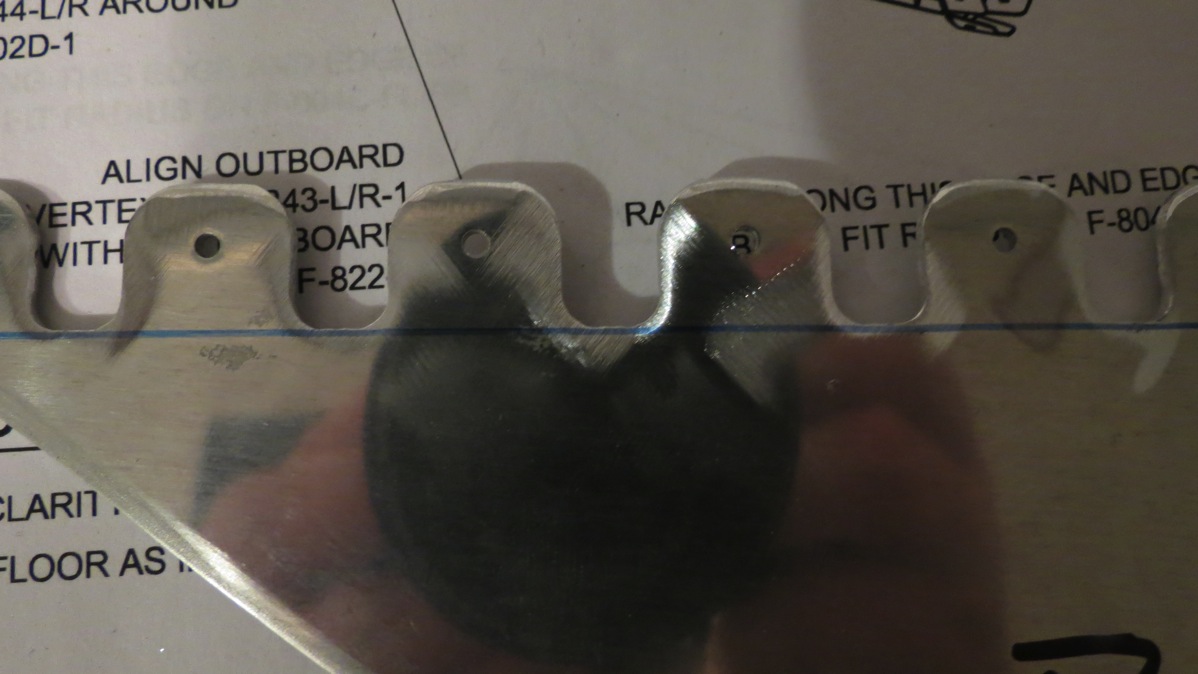 Next I separated, radiused, and deburred four more little gussets that will attach the lower and auxiliary longerons to the center section assembly. Then it was time to move the whole forward fuse assembly onto the workbench and get to work fitting the lower longerons. This is kind of fun; since the longeron isn’t prepunched at all, it has to be carefully fitted and clamped in place. I ended up clamping the thing in place three times. The first time the lineup was off and I had to start over. The second time I realized that I wasn’t going to have sufficient edge distance at the aft end of the longeron, so I removed it and marked the ends of both longerons to show where it was safe to drill: 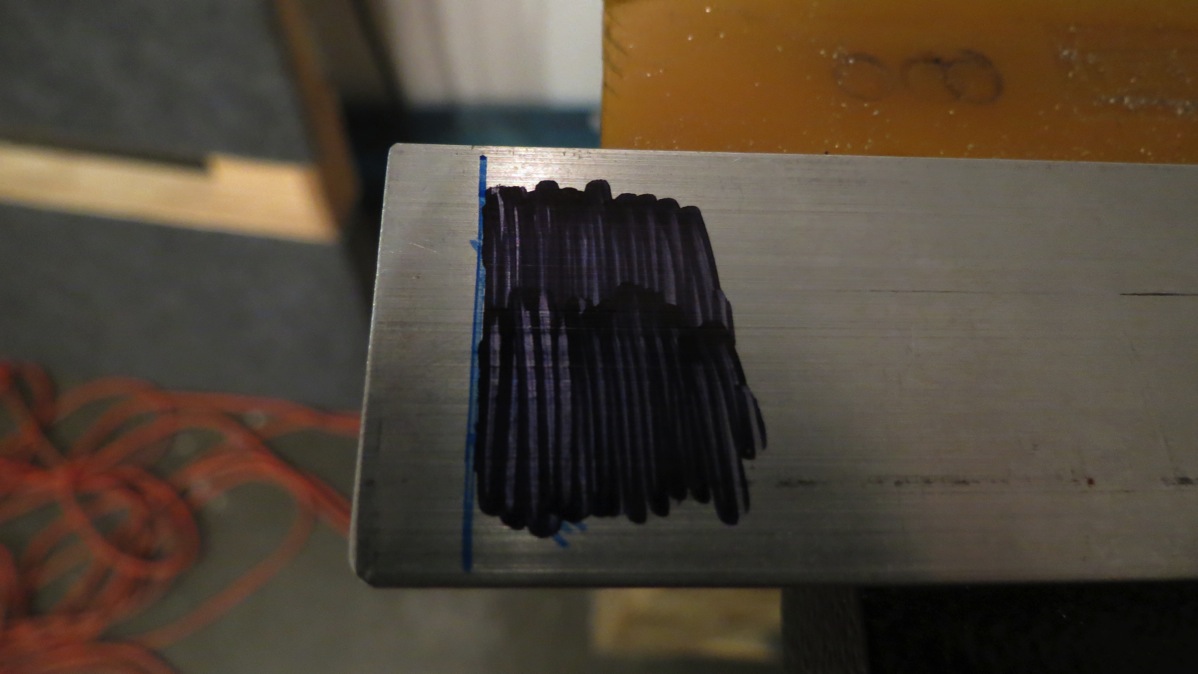 Finally, the third time, I was satisfied with the alignment…after checking it all about ten times. I ended up with, well, a lot of clamps holding it all together: 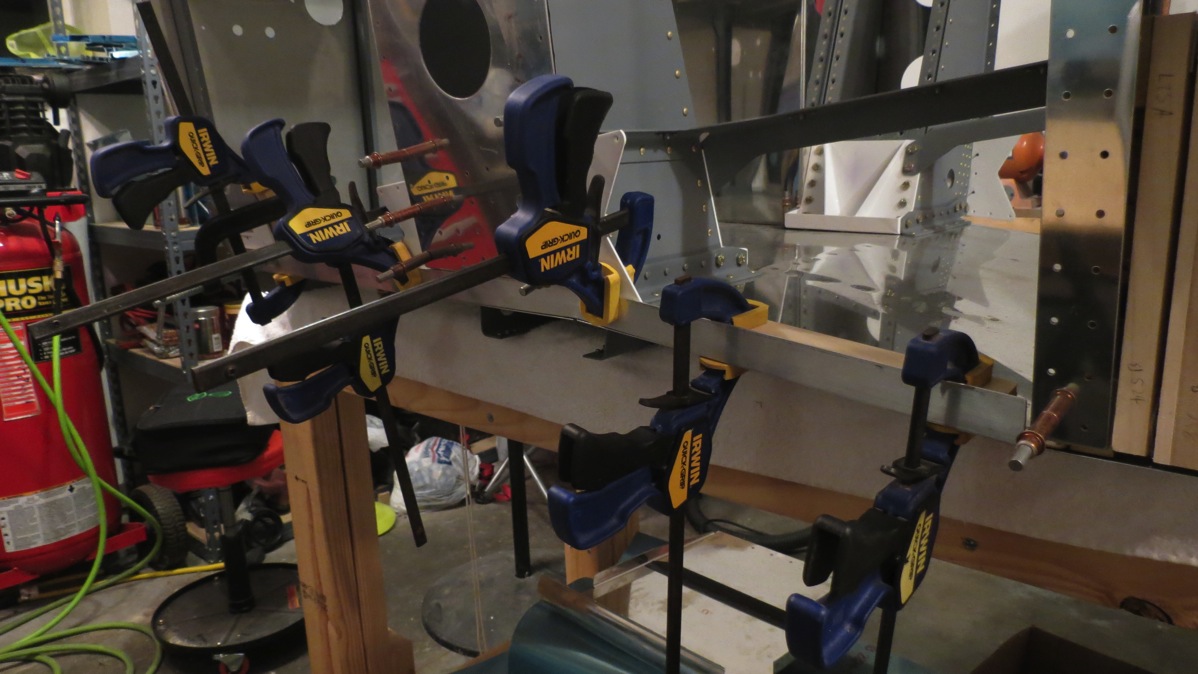 Thenm after checking everything a few more times, I got started drilling. This is kind of fun since you have to drill up from below, using the prepunched holes in the forward floor as a guide. This, in turn, means that you get a ton of aluminum shavings raining down on you, along with hot steel chips in the couple of places where you drill through a weldment as well. Fun times!

But eventually, it was done. Well, at least the part where the longeron is drilled to the floor. There are still a couple other spots to drill, but I’ll pick back up on that next time out. In the meantime, here’s the aft portion of the longeron clecoed to the floor: 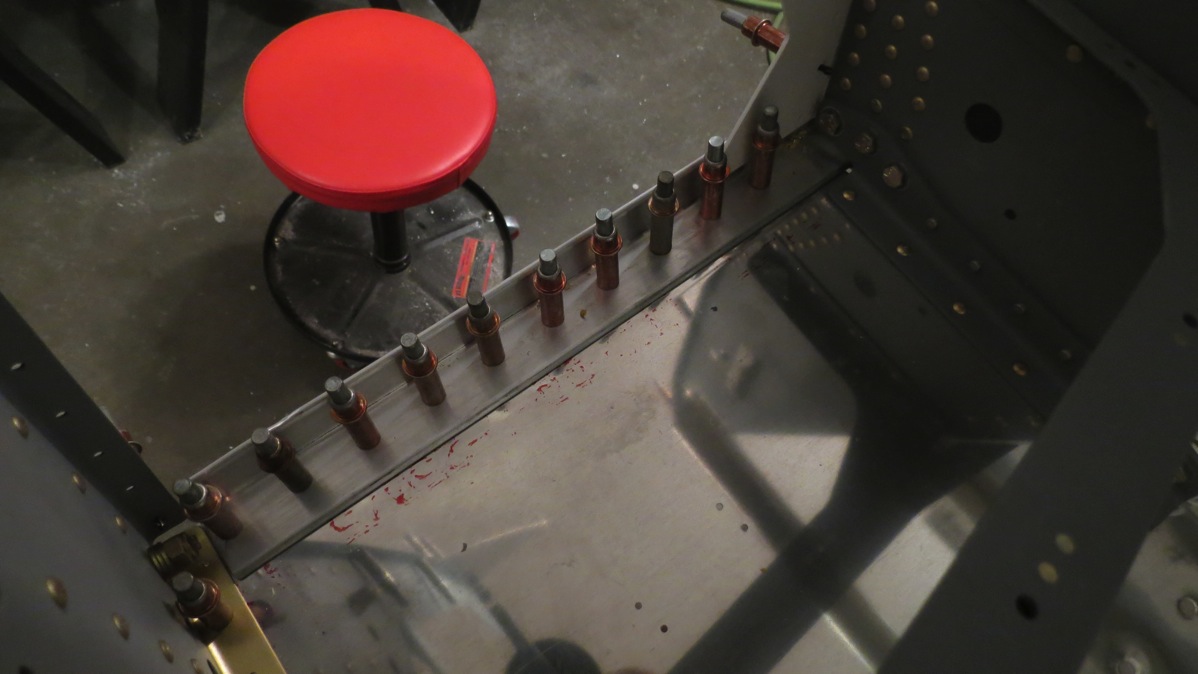