Well, this day pretty much covered the full range of aircraft-building emotions. Friday I got in my shipment from Cleaveland, with my two new teeny tungsten bucking bars. These things are tiny (cleco for scale): 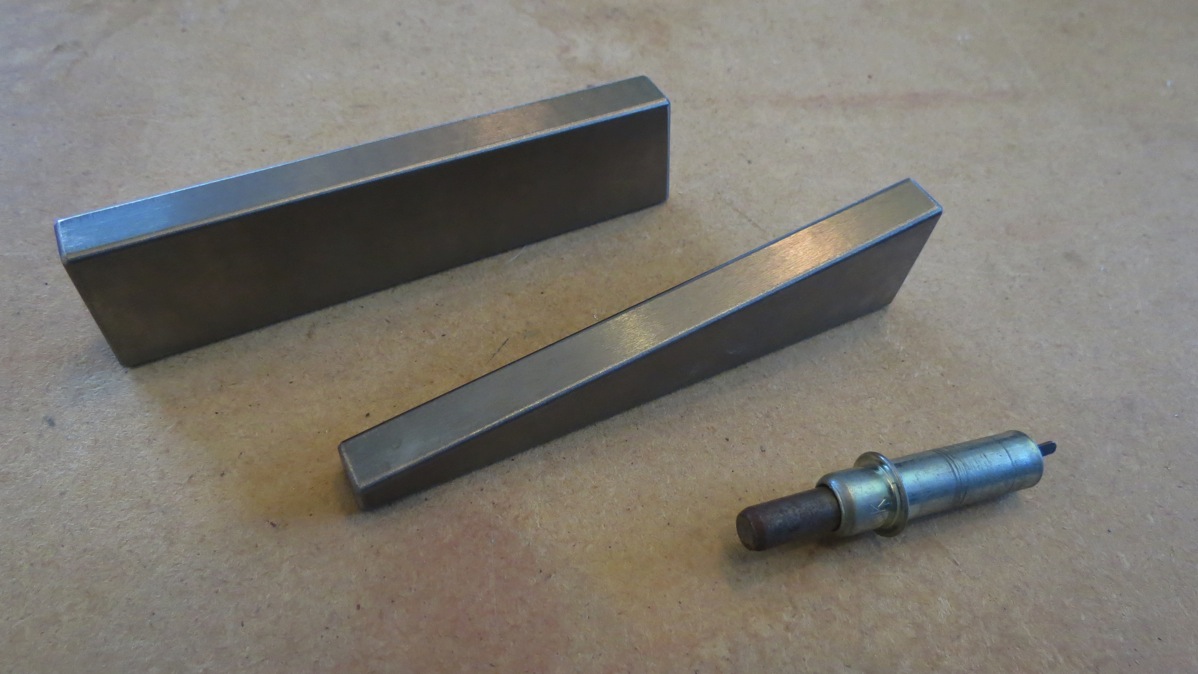 And they worked great inside the flap, as I expected. I knocked out all the rivets to the top skin in about an hour; most of that was working out how to hold the bucking bar. What I ended up doing was adding a wad of tape on one end of the bucking bar, roughly the same thickness as a finished shop head. By doing this, I could just hold the bar against the skin and it would hold itself more-or-less level.

Next I installed the outboard rib and squeezed its rivets, followed by the spar and hinge halves. Installing the blind rivets between the spar and ribs was somewhat challenging due to the overhanging top skin, but I got it done by shortening the blind rivet stems and using my handy little blind rivet angle tool from Avery. And before long, I had a finished left flap: 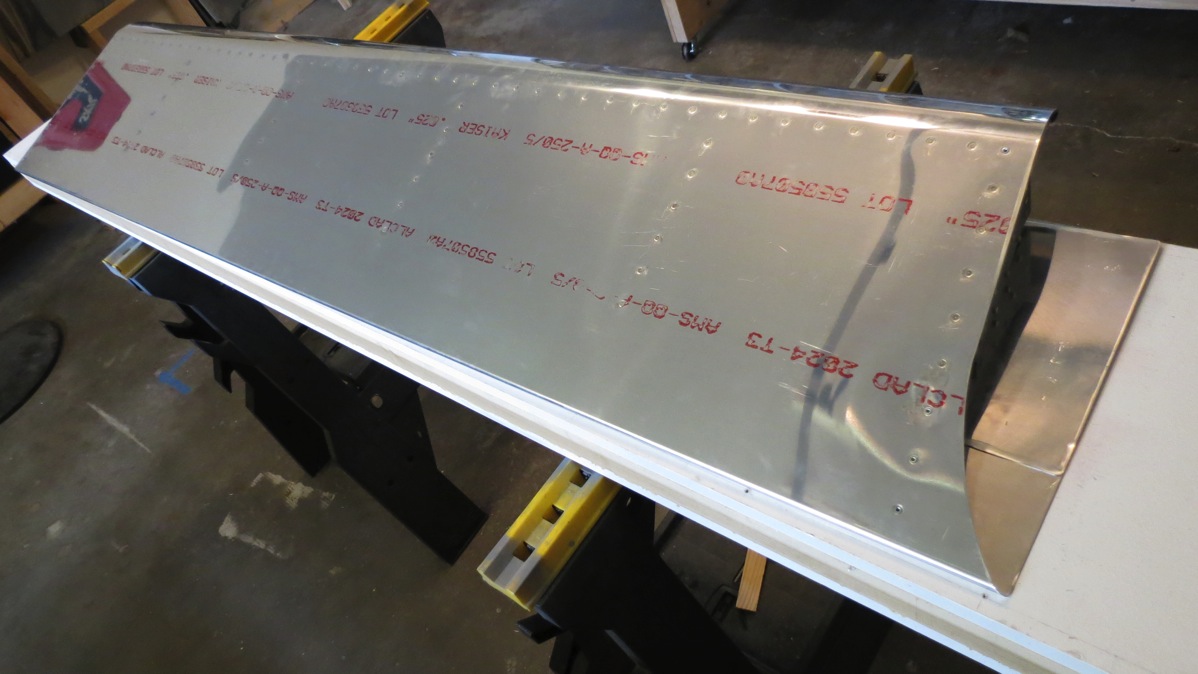 So I moved on to the right one. I figured this one would go even faster since I’d worked out my techniques with the left, and I was right…at first. I got the internal ribs and the end rib riveted in place, and installed the spar. Here I inadvertently went a little out of order by riveting the bottom spar flange and the hinge halves before doing the blind rivets to the spar. I didn’t think much of this, but I’d come to regret it later.

It all started when one of the blind rivets, on the inboard end rib, didn’t set correctly. The outside head was sitting proud of the surface by about 1/32”. OK, no worries, I’ll go take care of the rest of the blind rivets and then come back to that one. After all, drilling a rivet out is no big deal, right? Well, not in this case. I got the head popped off the rivet fairly easily, but the rivet shank didn’t want to come out. I kept hitting it with a punch, it’d move a little, then seem to hang up again.

I banged on it for way longer than I should have before stopping to think “maybe something is wrong here.” I reached my fingers through a spar lightening hole, groped over towards the rib…oh boy. I bent the absolute crap out of the rib flange. No no no no no nooooo…I tried to come up with some way to remedy this problem, but I had no ideas that weren’t just totally stupid. I had to make peace with the fact that I was going to have to drill out all those rivets on the spar, remove it, and then remove and replace the rib.

The especially fun part was drilling out the blind rivets in the spar. The ones that were a pain the install because of the skin overhang. I ended up using my angle drill attachment, which worked great until the drill bit snapped. AAARRRHGHGJHLJGKDH:LSJ 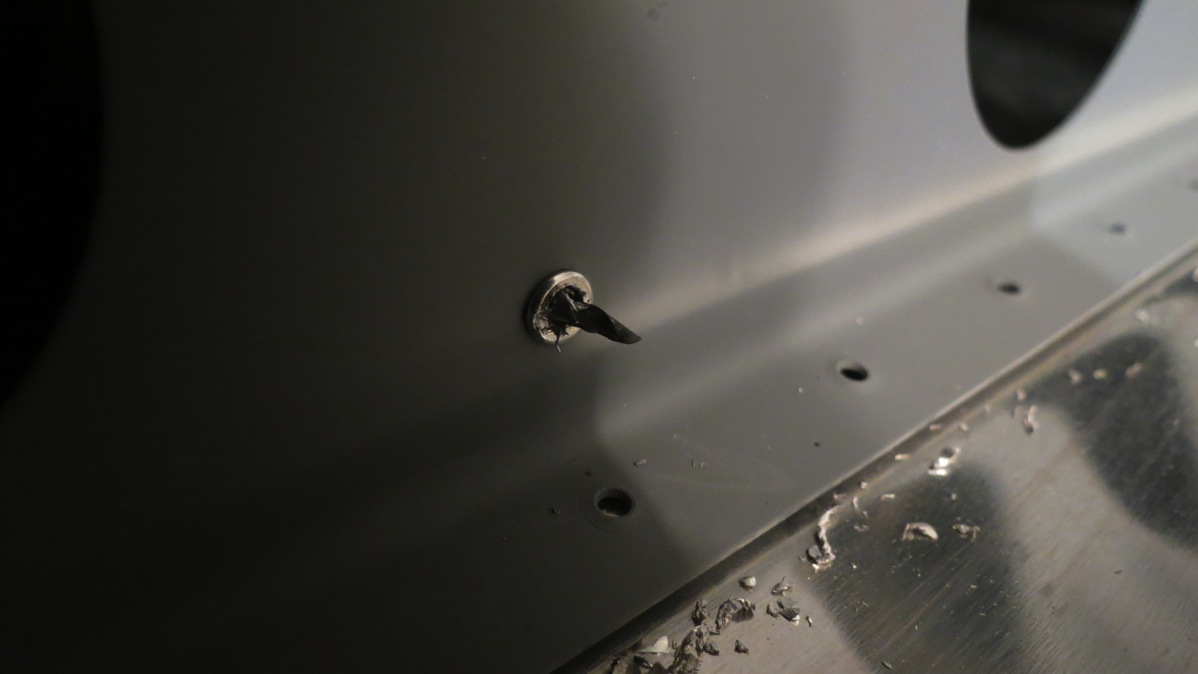 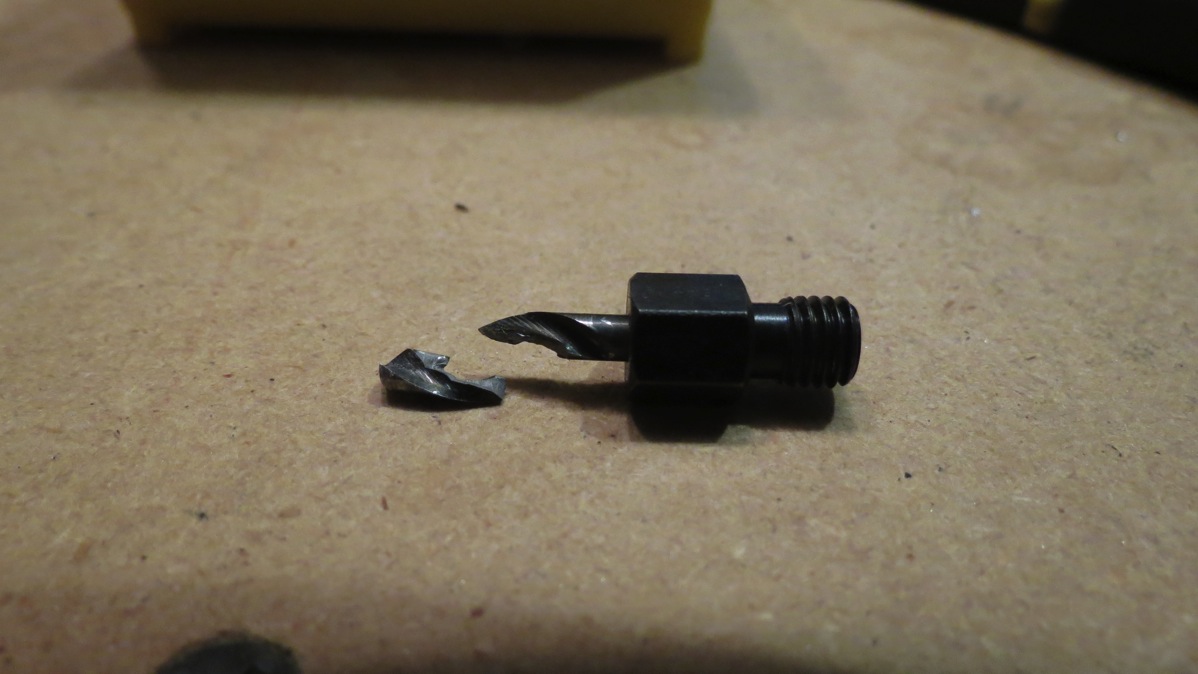 Fortunately, I had a slightly longer bit that I was able to use, but just barely. Finally, after drilling out all ~60 rivets between the spar flange, skin, and hinge halves, I got a look at the rib. And boy, did I do a number on that thing: 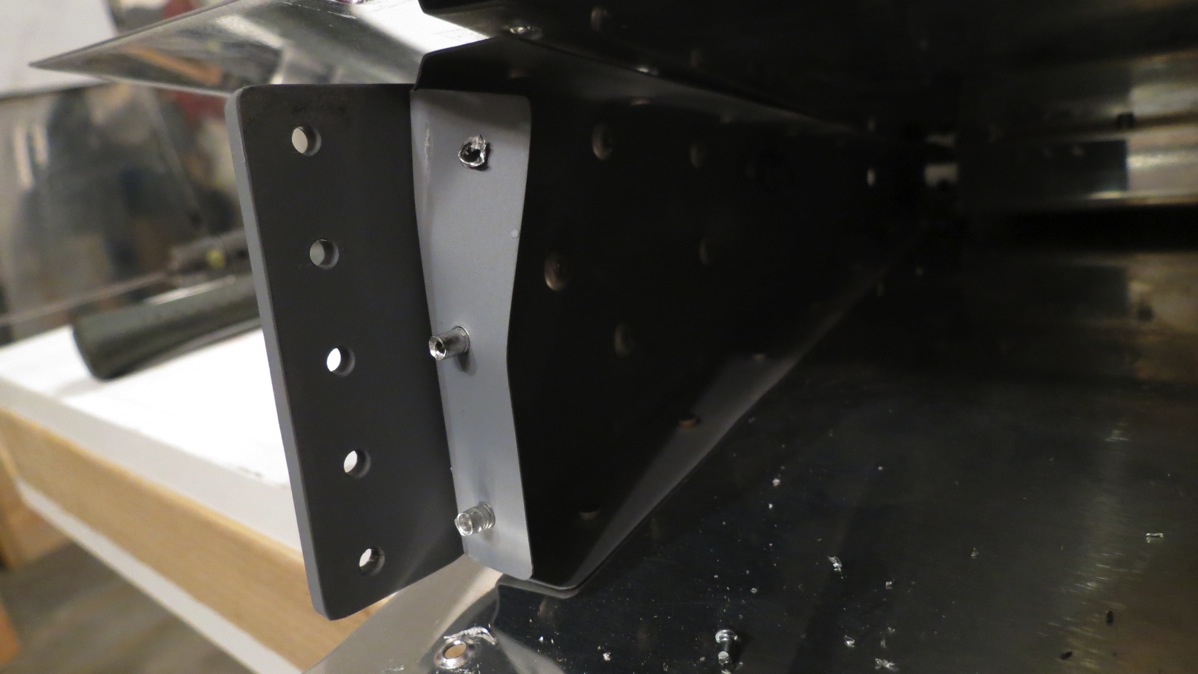 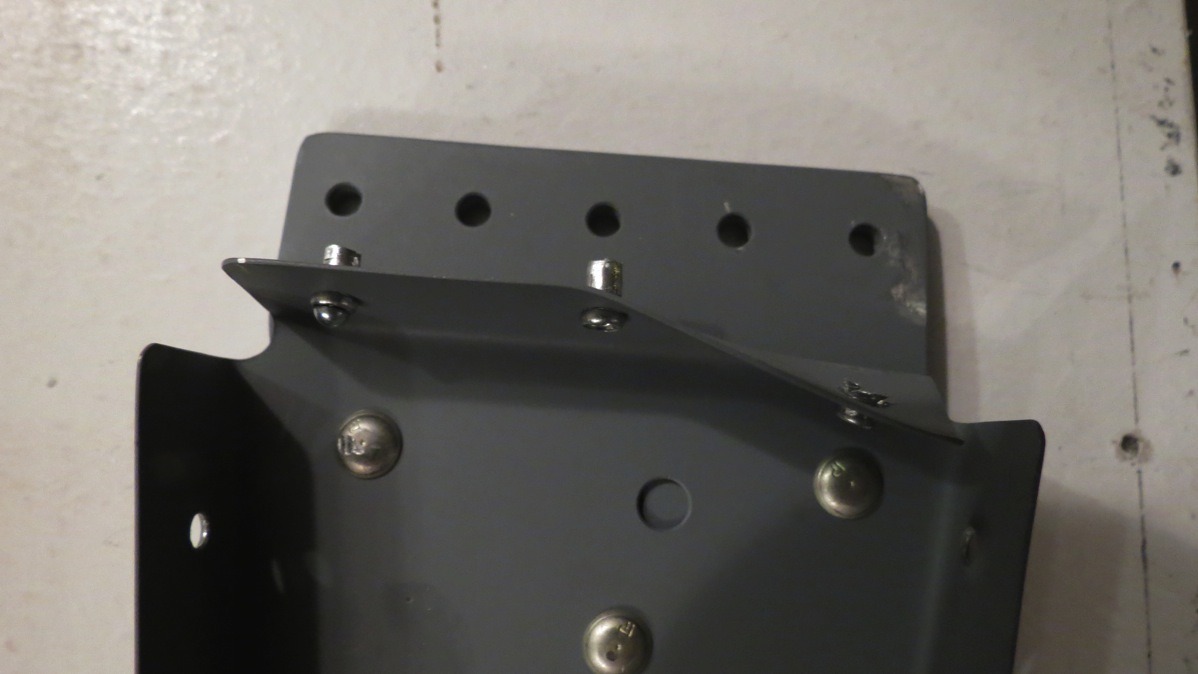 Well, it’s been a while since I ordered a replacement part from Van’s. Time to break that streak…