Ran out while dinner was getting ready and bolted all the attach angles to the right spar. After dinner, it was time to get to work for real.

First step was clecoing the tank together. As I mentioned before with the left one, this is quite a task, since the skin is really thick. It took me a solid 45 minutes to get all the clecoing done! After that, I moved the tank over to the spar, set it in place, and moved it over against the leading edge skin. At some point during this procedure, I took a look at the left wing and realized that there’s a slight gap between that tank and the leading edge. Nothing serious, just a tiny bit, but enough to annoy me. So I took extra pains to get the right tank aligned better. 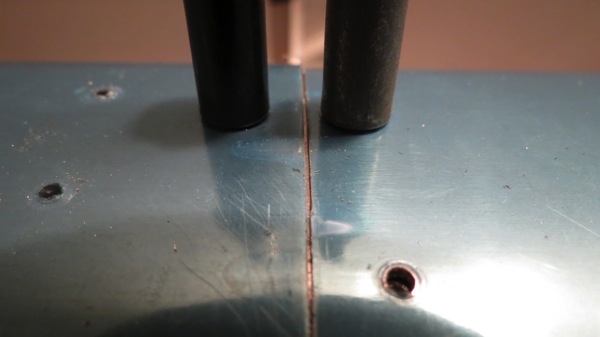 As before, after getting the tank aligned, I used a couple ratchet straps to hold it in place, but I also took the extra step of putting clecos through the screw holes at the spar. These holes are undersize right now, but they’re a good fit for the copper (1/8”) cloches, which also clamp nicely into the nutplates on the spar. Between the clecos and ratchet straps, I figured it’d be nearly impossible for the tank to slide out of position.

Instead of drilling the attach angles first, I started off with the screw holes to the joint plate, clecoing each hole after drilling it. Yet another tactic to help hold the tank in place. Then it was over to the inboard end to drill the five holes in that angle. Before removing the leading edge to get to the outboard angle, I had to get a “HEY LOOK AT MY WINGS” photo: 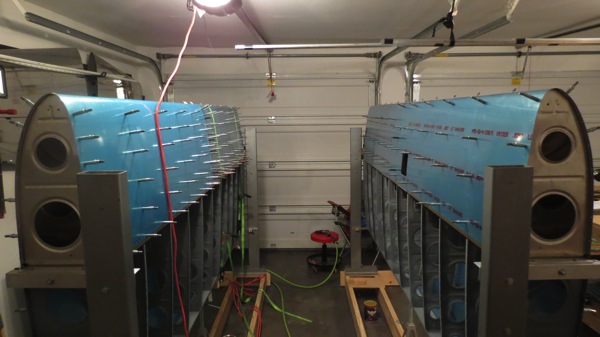 Not too long after, the outboard angle was drilled: 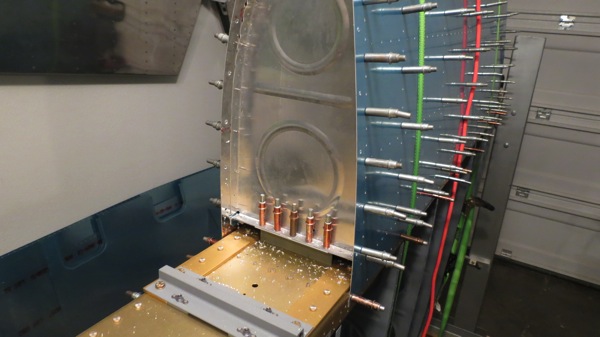 Then off came the ratchet straps and the tank skin, and I got the other five angles drilled through the baffle. Off came the baffle, and all the angle holes look great: 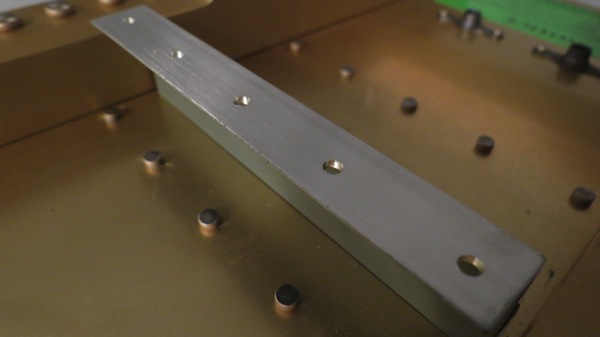