Unfortunately, my cobuilder was a bit under the weather today, which put a bit of a damper on stuff I wanted to get done.  Still, I got all the remaining skeleton assembly and skin prep work done, so now it’s on to putting the skins on.

Skeleton work was pretty easy; the HS-810 and -814 reinforcements get riveted onto the HS-702 front spar channels, and then the HS-405 and -405 inner ribs are riveted onto the front spar.  This work went pretty quick.  I did foul up one rivet that I tried to squeeze, only to have it start to fold over, but I got it drilled out with no drama and just used the rivet gun on the rest.

After that, the skins still needed to be edge finished and dimpled.  Normally, I’d have a second pair of hands for this, but with them unavailable, I went at it alone.  That required a bit of creativity, but nothing too horrible.  I did, however, secure my place in the figure-eight club towards the end of the dimpling session.  I was nearly done when I whacked the C-frame and heard what I would describe as a nonstandard noise.  Yup, I made a new hole.

I went ahead and finished the other dimpling, then went back to deal with the figure-eight.  After a bit of research, I used the flush set in the rivet gun and the back rivet plate to flatten the partial dimple.  I then drilled it out, deburred the new hole, and then redimpled the original hole.  The results look satisfactory; I should be able to fill the accidental hole with some epoxy and then rivet the rest of the skin as normal.  Since the mistake is on the bottom of the skin, nobody should ever see it, especially once paint goes on. 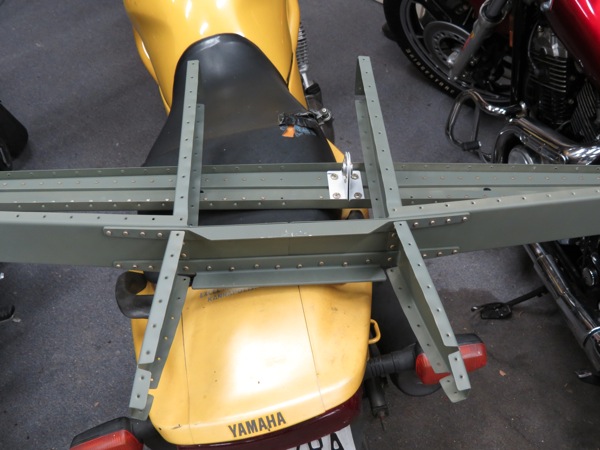 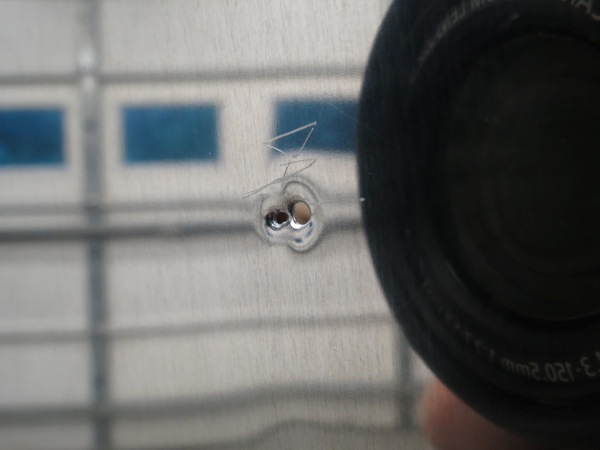